The varying fortunes at the CPL 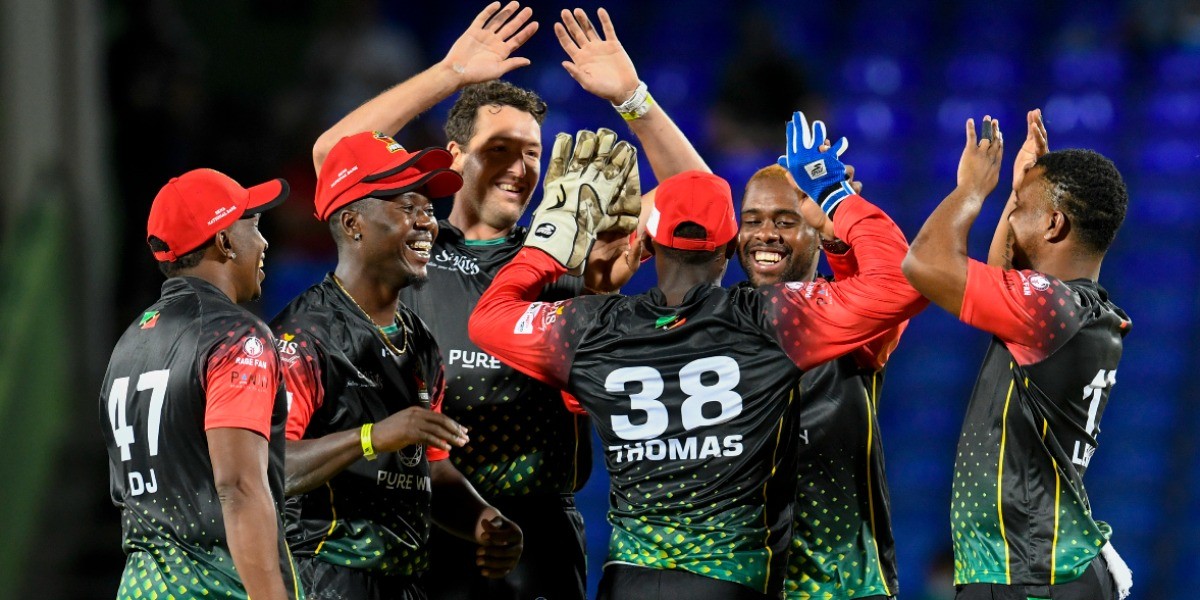 The varying fortunes at the CPL

Fluctuating fortunes have been the only constant in the ongoing season of the Caribbean Premier League (CPL). The only conclusion that can be drawn from the first eight games before a break on Monday (August 30) is that nothing can be predicted. Be it team fortunes or average score, a lot has changed in the CPL this year. Here are some notable points from the first eight games of the 2021 CPL:

So far, so good for the batters

The pitches in the Caribbean have been slower this year than usual. Spinners were at their best in West Indies’ home T20I season which consisted of 11 matches. The previous year in the league saw the highest use of spinners in a CPL season. Hence, another season of the spin domination was on the cards. Every team stacked themselves in the spin department, maybe except the Barbados Royals.

However, the story has been much different. The average run-rate in the first innings of the first eight matches last season was 7.3. This season, it is 8.3. The first innings scores have fluctuated from 122 all out to as high as 255. The spinners have not gained the same purchase from the track as expected. The St. Lucia Kings’ skipper, Faf du Plessis did not bowl his leg-spinner, Usman Qadir a single over against the Trinbago Knight Riders. 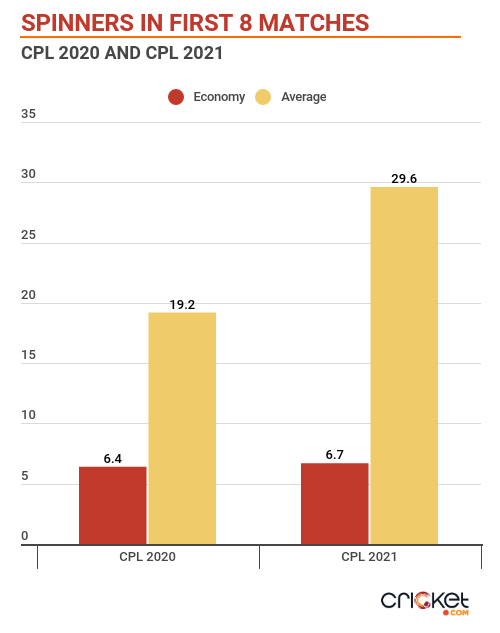 This is surprising given all the eight matches are played on the same pitch at the Warner Park. It also puts the curator’s work into the limelight who supplies the pitch with plenty of water before putting it to sleep under the covers. It is expected that the surface will aid the spinners at some point but for now, the batsmen’s life has been easier against spin bowling.

The shift in power around Dwayne Bravo

Finishing with a wooden spoon in the previous season, the St. Kitts & Nevis Patriots made a number of personnel changes in their squad. After the first round of the 2021 season, which has seen four of the six teams play three matches each, the work done by the team management has vindicated on the field. The only unbeaten team in the edition as yet, the Patriots are currently at the top of the table.

While they have become a force to reckon with, the Trinbago Knight Riders’ supremacy has had a shaky start. Chasing in all their three games, they reached their target only once, when Kieron Pollard plundered an unbeaten fifty (58 off 30 balls). It is not surprising given our calculated prediction on a possible breach in their domination. However, they have suffered on a different front from what was expected. They have left their middle-order with far too much to do on all three occasions. They have the lowest run-rate in the first half of the innings. 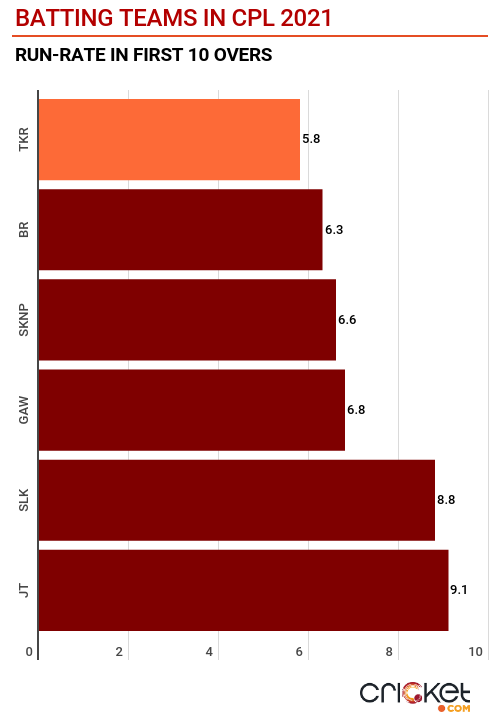 “I moved because I wanted to face new challenges”, stated Bravo at the toss ahead of Match 8 this season. With the Patriots on top, all is going well for the Trinidadian at the moment.

Where is Pooran, the batsman?

At the start of the season, the Guyana Amazon Warriors posed some interesting questions with their batting order. With Shoaib Malik returning alongside Mohammad Hafeez’s inclusion, an anticipation lied around who will bat at three. But what panned out in their first two games was rather shocking. Not Shimron Hetmyer or Hafeez or Malik, it was Odean Smith, a right-arm medium pacer with only 24 runs in his T20 career prior to the tournament.

Pinch-hitters is a theory which has grown in practice in the past few years. However, in the Warriors’ case, there lies a catch. It throws their prime batters, all of whom are suited to bat in top four, further off in the batting order. Consequently, Nicholas Pooran, the man with the highest strike-rate in the Warriors’ setup since 2019 (143.6) is pushed far too low in the order.

Pooran batted at seven in the Warriors’ first two games. His returns were 12 and 23 runs, both off 10 balls each. In the latter, he struck three effortless sixes. While it should be admitted that Pooran got out earlier than expected, he had one specialist batsman to partner with. In the third match, he batted at four but by the time he arrived, there were only 14 balls left on a pitch which was tough for a new batter. Despite an excellent platform - 92/1 in 12 overs - the Warriors managed only 166 and lost the game in the last over.

It is unknown whether this is the management’s decision or another case of the captain, Pooran himself, thinking too much but the Warriors need to find a way to get their premier T20 batsman face more deliveries. Like Knight Riders, they have also won only once in three games.

Sherfane Rutherford, who had a terrible outing in the 2020 CPL, has revived himself in the Patriots’ outfit. He is the leading run-scorer at present, scoring 125 runs with the help of two match-winning fifties. Mohammad Amir, Isuru Udana and Ravi Rampaul have six wickets each to top the wickets’ table.

Besides the table-toppers, Tim David has continued to go strength from strength. Till last year, he didn’t have a T20 contract. Now, he is the talk of the town everywhere, having bagged contracts in PSL, CPL, The Hundred, T20 Blast and IPL. This CPL, he has averaged 49.5 for his 99 runs thus far. His strike-rate of 165 is comfortably the highest amongst the top 10 scorers as yet.

Raymon Reifer was the unlikely star in Barbados Royals’ only win of the season. He scored an unbeaten 31 off 20 balls before picking three wickets, culminating a perfect Player of the Match award winning performance against Jamaica Tallawahs.

Amongst the acclaimed stars, Andre Russell’s 14-ball 50, the fastest in the CPL history, will go down as the performance of the week.