Those were dark times: Archer opens up on his back injury lay-off as teenager 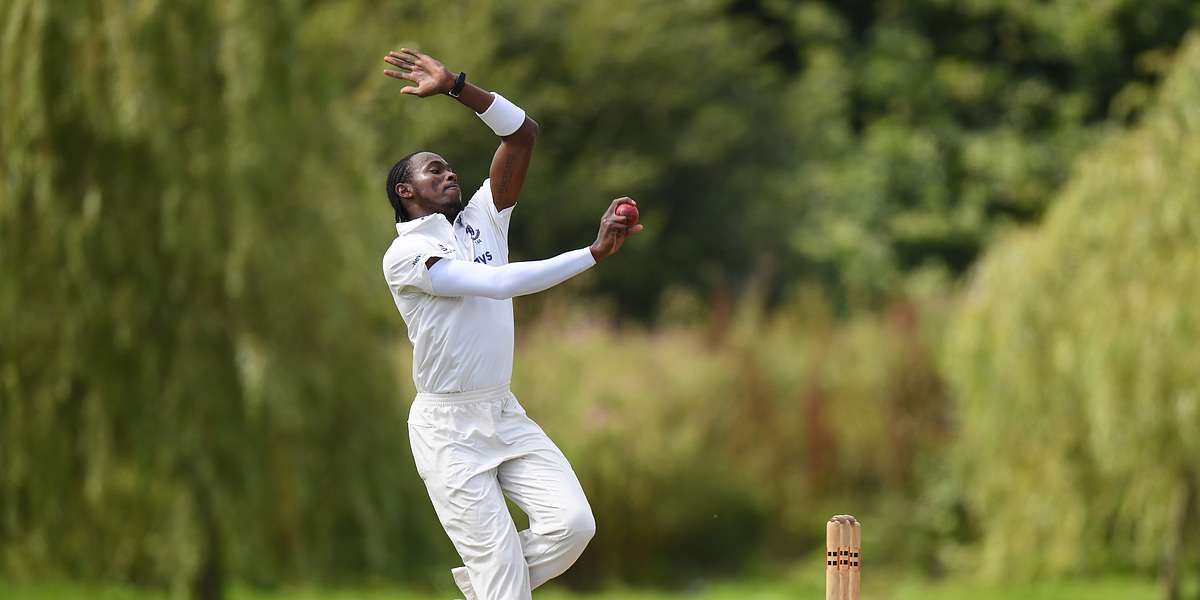 Those were dark times: Archer opens up on his back injury lay-off as teenager

World Cup-winning England pace sensation Jofra Archer has opened up on his chronic back injury as a teenager, saying spending those two years on the sidelines were "dark times" as doctors feared he might not play cricket again.

Archer had suffered the injury after making it to the West Indies U-19 level before his move to England in 2015.

"Those were dark times to be honest, I spent two years out of cricket," the pacer said in a Rajasthan Royals Podcast.

"You're young and you want to play, you have got to make the most of your youth because before you know it, you're 20, 21 or even 25 if you're unlucky, and you're still trialling and hoping to get a chance.

"And then a lot of people don't take chances on guys who are a little bit older," he added.

Archer, who bowled the Super Over which won England the World Cup last year, said he was a "bit down" when doctors told him that he might not play again.

"It felt like I was missing out on my golden years. The doctor told me if he didn't see improvement, he couldn't even see me playing club cricket, so I remember leaving the office that day and I was a little bit down," he said.

"But I decided to rest and if the pain subsided, I would give it another go. And if it doesn't work then I will go back to university and take another path in life. But luckily for me I got to do what I really wanted to do in the end."

The 25-year-old is currently one of the most sensational fast bowlers in international cricket, having also played a significant role in England drawing the Ashes last year.

It was his impressive debut at the 2018 IPL, which expedited his entry to the England team.

However, Archer said he thought he won't get to play any game in the T20 tournament as till then, he hadn't turned up for England and lacked international exposure.

The Barbados-born pacer was bought by Rajasthan Royals for Rs 7.2 crore in the 2018 IPL auction.

"I watched it but I remember before I told Chris Jordan that I probably won't play a game because I haven't played any international cricket. I told him I'll probably get picked up at my base price and I'll probably spend eight weeks in India and not play any cricket," he said.

Archer ended up snapping 15 wickets after playing 10 matches in his debut season.

"When I saw the bidding start a few teams were going at it, and I was thinking 'wow I'm actually going to get to go to India for sure'...," he said.

"In the end Rajasthan got me for a bit more than I thought they should have! But I was still grateful regardless, and then in the next few months I ended up being in India."

Archer gave displayed his batting skills too during the 2019 IPL when he remained not out on 27 off just 12 balls and added crucial 44 runs with Riyan Parag to help Rajasthan Royals snatch a thrilling three-wicket win over Kolkata Knight Riders at the Eden Gardens.

Archer said the innings contributed a lot to his batting.

"...when me and Riyan brought the game home and I remember it was the last game we played before coming back to England and I remember just sitting on the plane buzzing because I actually got the chance to show what I can do," he said.

Archer says Smith blow made him think of Hughes

Archer said memories of the late Phillip Hughes came into his mind after he bowled a 92 mph bouncer that concussed Australia star Steve Smith during last year's Ashes.

Former Australia batsman Hughes died after being hit by a short-pitched delivery during a domestic Sheffield Shield match in 2014.

Archer said he had started to fear the worst when his fearsome bouncer struck Smith, now one of the world's best batsmen, at Lord's.

"My first reaction was that it hit the helmet but a few seconds after he went down, everyone was like 'Oh no'," Archer told Talksport radio as he recalled the moment Smith, a team-mate at Indian Premier League side Rajasthan Royals, fell to the turf.

"We had the stuff with Phil a few years ago and, generally, anything that hits you in that vicinity is going to be trouble," added Archer, who was making his Test debut.

"I'm just glad that he came out on the other side of it and batted in two games."

The 25-year-old Archer has not played since the Boxing Day Test against South Africa at Centurion after suffering a stress fracture.

But his absence has coincided with a lengthy period of enforced rest for all top-flight cricketers after COVID-19 brought major sport worldwide to a standstill.

The start of the English season has been delayed until July 1 at the earliest but officials remain hopeful a rescheduled Test series against the West Indies could get underway later in the month.

Archer may yet find himself back in an England and Wales Cricket Board training programme as soon as this week if the British government publish guidance on how elite sportsmen and women can train safely during the pandemic.

Any matches that do take place this season will be behind closed doors but Barbados-born Archer said the absence of fans might be bearable if artificial sound effects were allowed to replicate typical crowd noise.

"Playing in silence will take some getting used to, so it might be useful to play some music, some simulations of a crowd, something to create an atmosphere," Archer wrote in his Daily Mail column.

"The best solution, if we do have to play behind closed doors, might be to have cheers and clapping when someone hits a four or a wicket falls. These are the little things that will make it as normal as possible even though it won't be a normal occasion." 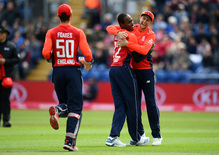