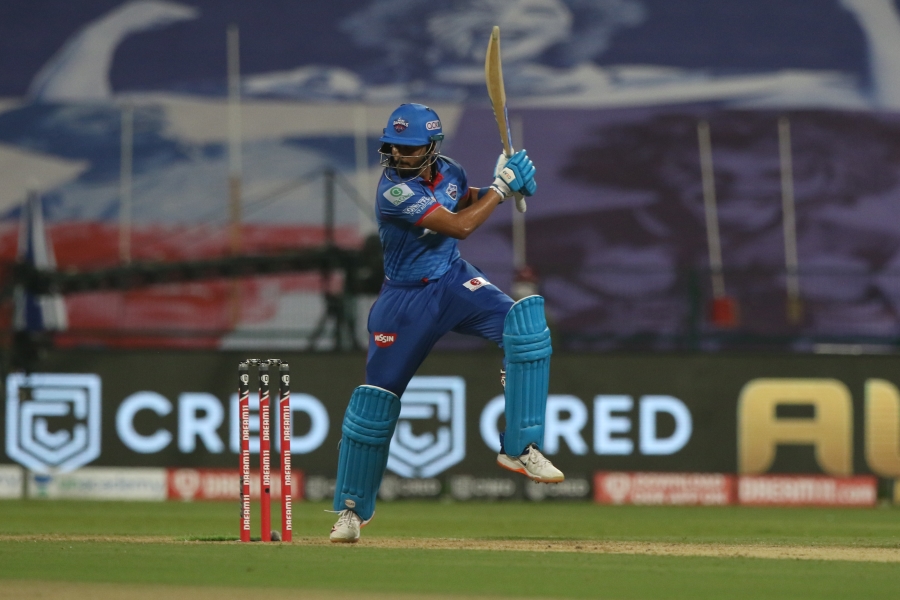 PTI
Thought DC had a below-par score, but wicket's slowness helped us: Iyer
DC have now won five out of their six games and are in firm position to make it to the playoffs

Delhi Capitals captain Shreyas Iyer said he thought his team had put up a below-par total against Rajasthan Royals but the Sharjah wicket, known for producing bagful of runs, was on the slower side and that worked in their favour on Friday. Delhi posted the season's lowest first innings total at this ground, making 184 for eight after being put in to bat.

However, the Royals ended up well short at 138 in 19.4 overs to suffer a 46-run loss. "I'm really happy with the way we came out in the second innings. We thought it was an under par score but it was stopping on the wicket and the bowlers executed their plans really well," said Iyer at the post-match presentation.

"We were also going to bowl first with the dew factor, but thankfully it went in our favour."

Delhi are sitting pretty at the top of the points table with five wins in six games. Talking about the campaign so far, Iyer said: "I am enjoying captaincy because the players make it really easy, especially the bowlers. Even the way the support staff is managing the team meetings is commendable. I think the mixture in our team is really good and we have worked really hard on this.

"The boys have shared their thoughts pre-tour and their strengths and weaknesses. I am happy with how we are progressing and hoping to maintain the momentum."

Royals skipper Steven Smith too said that the wicket behaved differently from the two games they played here and won. "We are not playing good enough over the 40 overs, and not executing when the pressure is coming on and you can't win many games that way," Smith said after Royals suffered their fourth successive loss in the competition.

"The bowlers did a good job, and I don't think the wicket was as good as it has been here, a bit sloppy tonight, and we gave away 10-15 extra runs.

"We have to remain positive, turn things around quickly. At the moment it doesn't seem to be going our way. I'm not batting too well either. I did feel good tonight with the bat but didn't get hold of one that I feel like I should have."

On their star player Ben Stokes, who is currently undergoing a six-day quarantine, Smith said: "Stokes hasn't had a lot of practice, he gets out of quarantine tomorrow, so we'll see if he plays the day after tomorrow."