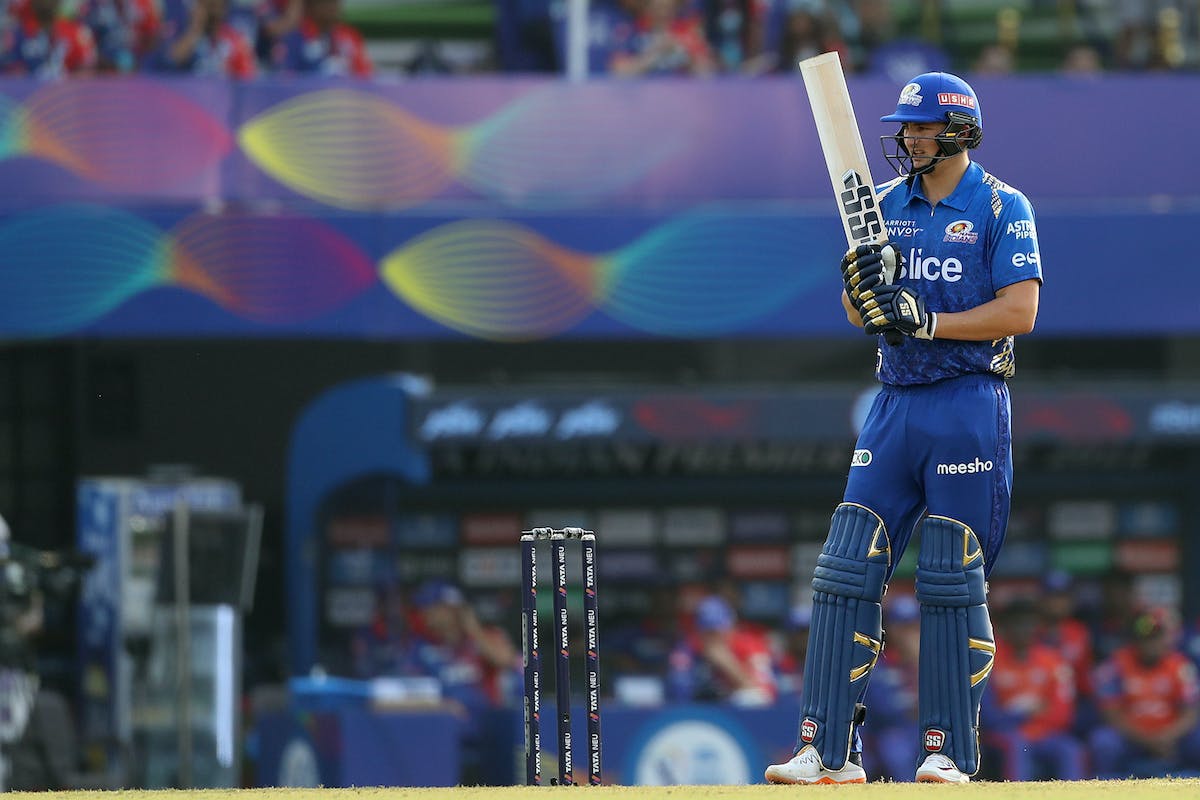 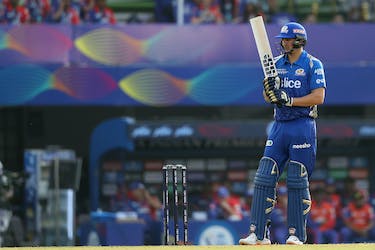 With Marcus Stoinis and Matthew Wade sitting pretty comfortably as Australia’s finishers, a spot for David would come at a cost

Tim David has taken the world by storm in the last couple of years, and his most recent exploits was in the Indian Premier League, where he ended up as Mumbai Indians’ one of the brightest players in an otherwise disappointing season. A T20 career strike rate of 164.79 and an average of 33.19 tells everything one needs to know about his ability to shake things down to core.

After David expressed his ambition of representing Australia in the upcoming T20 World Cup in October, he has found a backer in Ricky Ponting, who believes that David is a sort of player that could actually win a World Cup, likening him to what Andrew Symonds did for Australia in the 2003 edition - a tournament where Symonds truly came into his own as a power-hitting, emerging as Australia's biggest X-factor.

"If I was a selector, I would love to have someone like that in my team," Ponting said. "If he's playing or not, just to have that sort of striking power ability around, he's an out and out match-winner. He's the sort of player that could actually win you a World Cup. He's not just the average run-of-the-mill guy that might just sneak into a squad.

“I mean, he actually reminds me a bit of someone like Andrew Symonds back in the 2003 World Cup. You know if you get them in and you give him an opportunity they're a chance of winning a tournament for you. That's how I'd be looking at him right now. I know there are some other great world-quality players in the middle order for Australia. But probably none of them boasts a resume as good as Tim's over the last two years."

Selectors didn’t pick him in the 15-member squad for the Sri Lanka series and they will have a huge task at hand to fit him in for the World Cup squad. With Marcus Stoinis and Matthew Wade sitting pretty comfortably as Australia’s finishers, a spot for David would come at a cost. Ponting believes that he can be a big asset for Australia, while adding that he was under utilized by Mumbai Indians in the last IPL.

"He's been incredible in almost every tournament that he's played around the world, the last 12 or 18 months. He was probably a little bit unlucky not to play more in the IPL this year to be honest, with the way that he started with Mumbai and then didn't come back until right near the end and played some match-winning knocks then,” Ponting said.

"He's obviously one player that we're extremely excited about. I think there's a chance for him to probably take on a bit more responsibility in the batting line-up with the Hurricanes this season as well because of his consistency and his match-winning ability. We don't want to waste that and we don't have him sitting on the sidelines too long. So I know that's one of the strategic things that we've already spoken about with him, is how we actually get the most out of him and how we maximize his ability.

"He's a very, very good, very dangerous T20 player that I'm sure the Australian selectors are thinking long and hard about for the World Cup in a couple of months time."