Tired Siraj looked like he was carrying a niggle: VVS Laxman 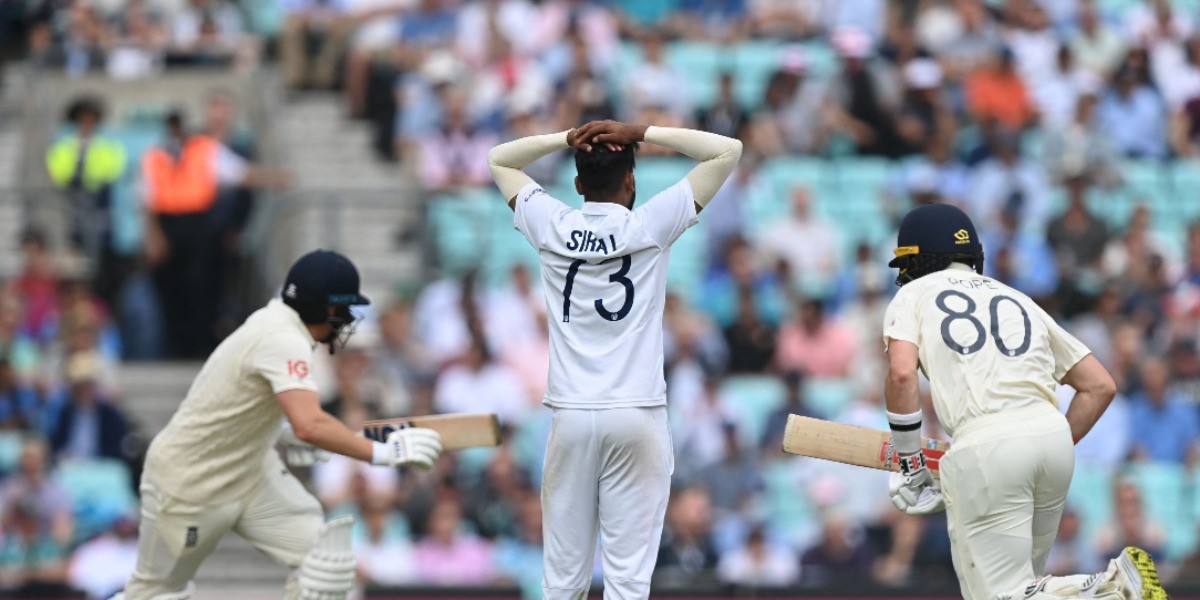 Tired Siraj looked like he was carrying a niggle: VVS Laxman

Siraj bowled just 12 overs in the first innings, the fewest among all pacers in the ongoing Oval Test

Former Indian batsman VVS Laxman opined that the ever-energetic Mohammed Siraj looked tired and down on pace on Day 2 at The Oval, and claimed that he suspects the 27-year-old to be carrying a niggle.

Siraj, in the first innings, bowled fewer overs (12) than any other Indian bowler and also proved to be expensive, leaking runs at 3.50 runs an over. Indian skipper Virat Kohli used the right-armer as only the fourth seamer, and he failed to provide penetration with the ball, picking a solitary wicket.

Laxman, speaking on ESPNCricinfo, observed that Siraj was a shadow of his Lord’s self, not displaying the same energy that made him lethal in the first three Tests.

"Shardul Thakur doesn't look penetrative and, somewhere down the line, I feel (Mohammed) Siraj is carrying a niggle. Not very often you see him bowling below 130. Either that, or he is tired. That's why the bulk of the bowling is being done by Ravindra Jadeja, Jasprit Bumrah and Umesh Yadav. Kohli will have to find a way to utilise Siraj," Laxman said on ESPNCricinfo.

"It was evident even in the way he bowled at Headingley. He was charging in at Nottingham and Lord's. When he bowled on the last day at Lord's, when he got those four wickets, he had a lot of energy and intensity. It was missing when he bowled the third or fourth spell at Headingley. Right from the first ball he bowled yesterday, it looked like he was carrying a niggle."

Siraj and Bumrah are the only two Indian seamers to have played all four Tests in the series, and Laxman reckoned that the tiredness displayed by Siraj might be the result of fatigue. The former Indian batsman claimed that it will be imperative for the Indian skipper to manage Siraj’s workload to prevent a potential injury.

"It can happen. Someone who is bowling with that kind of intensity, you can feel exhausted at the end of three Test matches. In all those matches, he has bowled his heart out. Virat Kohli needs to find a way to utilise Siraj better and rotate the bowlers around," Laxman said.