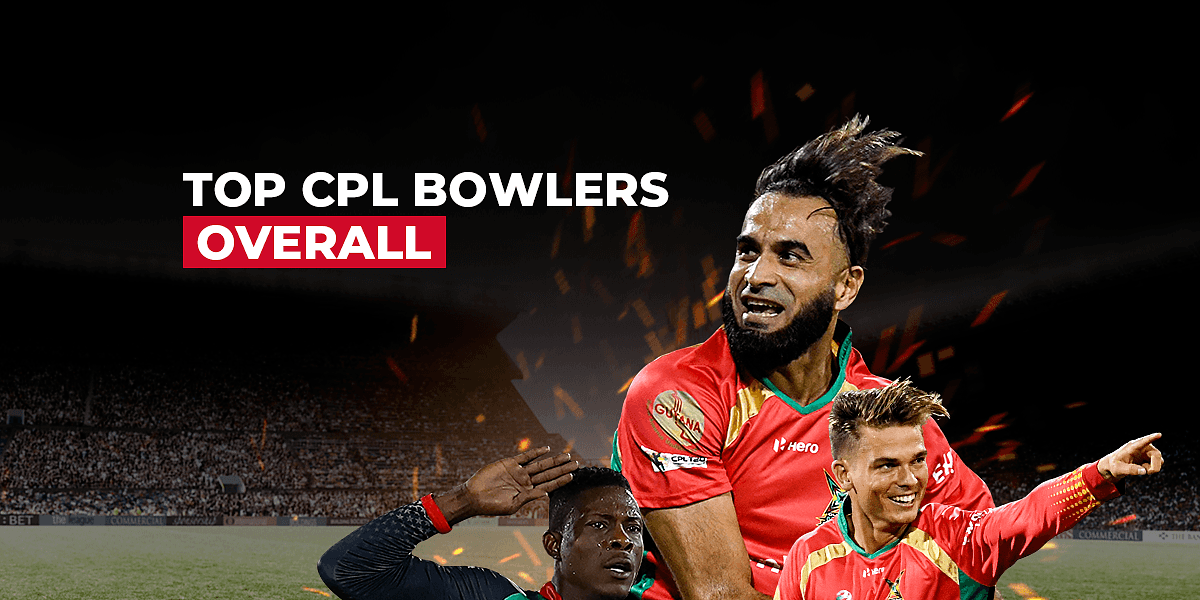 There has been no shortage of tactful T20 bowlers in the Caribbean. In the history of T20 cricket, Sunil Narine is perhaps the first mystery spinner to achieve fame. Dwayne Bravo with his variety of slower balls became one of the best death bowlers in a league as competitive as the IPL.

Analysing the best bowlers from an overall perspective requires some considerations. The most difficult task while choosing from a pool of good bowlers is to sieve through different roles. In T20 cricket, it is obvious that a player bowling most of his overs in the middle-phase (overs 7-15) will have a better economy rate than a death bowler (bowling in overs 16-20). The story is the opposite for bowling strike-rate.

In IPL, taking wickets in powerplay (1-6) contributed a lot more towards an eventual victory than a good economy rate. The opposite was true during the death overs (16-20). For CPL, our analysis suggests that both the parameters are almost equally important across each phase.

These factors and the economy & strike-rate of each bowler across the three phases contribute to the calculation of the adjusted economy and adjusted strike-rate.

For our analysis, we look at the bowlers with a minimum of 80 overs in CPL. As an additional consideration, each of these has bowled a minimum of five overs and have one wicket across each phase. Let us look at where they stand on the adjusted economy and adjusted strike-rate- 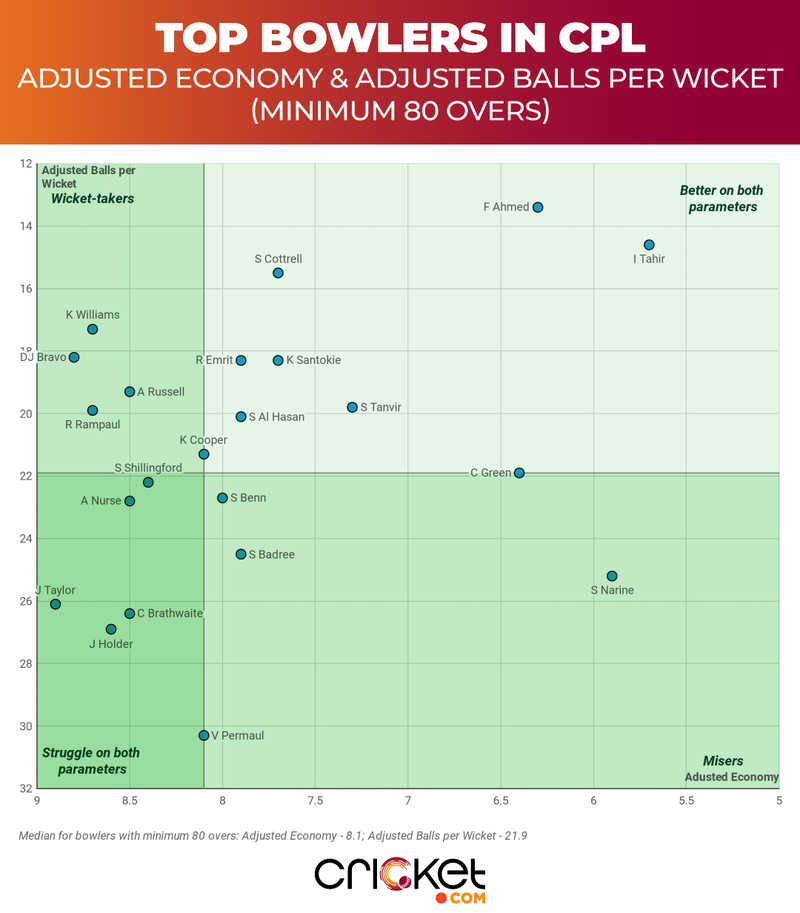 To explain it further, let us take an example of Sunil Narine. His economy in CPL is 5.5 and a bowling strike-rate of 23.3. However, when we adjust his economy with weights across each phase, it increases to 5.9 and his strike-rate further increases to 25.2.  The above graphic reflects this. Also, the division in the graphic is by the median values of adjusted economy and strike-rate of bowlers with a minimum 80 over. 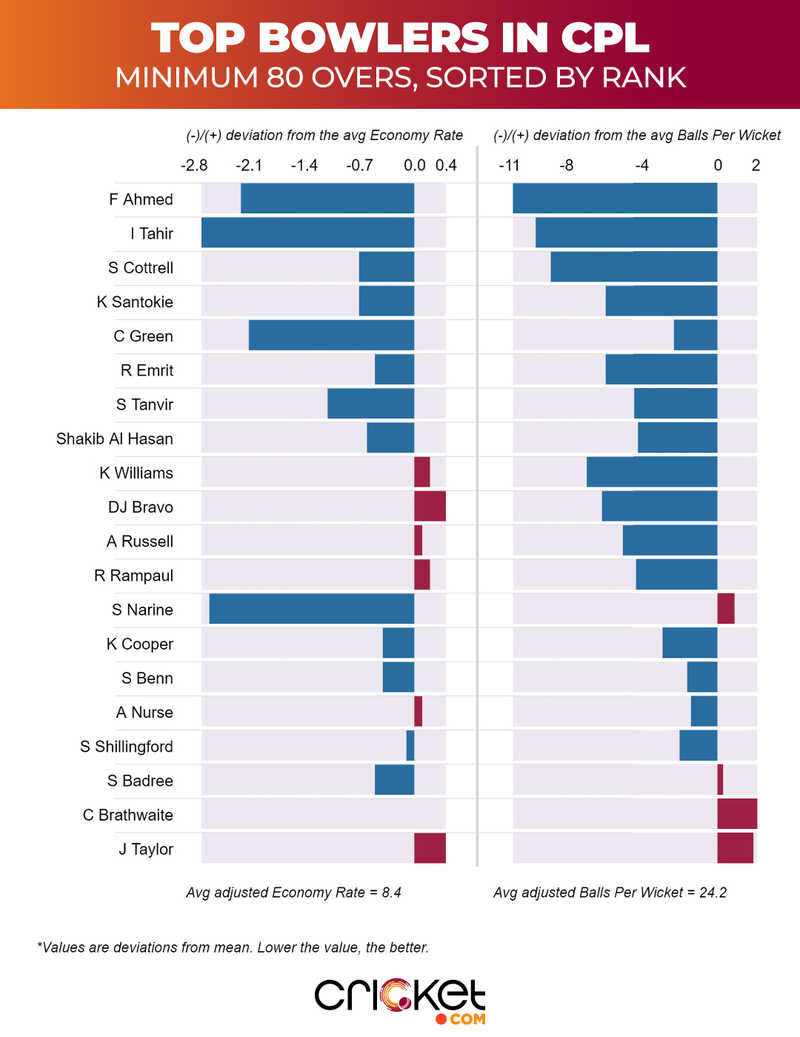 More negative the value of deviation for economy rate and strike rate, the better is the bowler’s performance than the others. Fawad Ahmed, with a deviation from average adjusted strike-rate of 10.8 is way ahead in the league of the ability to pick wickets. Imran Tahir with the deviation of -2.7 from the adjusted economy is the one that keeps the batsmen the quietest.

Observing the case with Narine, his deviation from the average adjusted economy of -2.6 puts him among the more economical bowlers but the value of a positive 0.9 on strike-rate implies he is not among the wickets that often.

Based on this, below is the list of bowlers with the position they occupy - 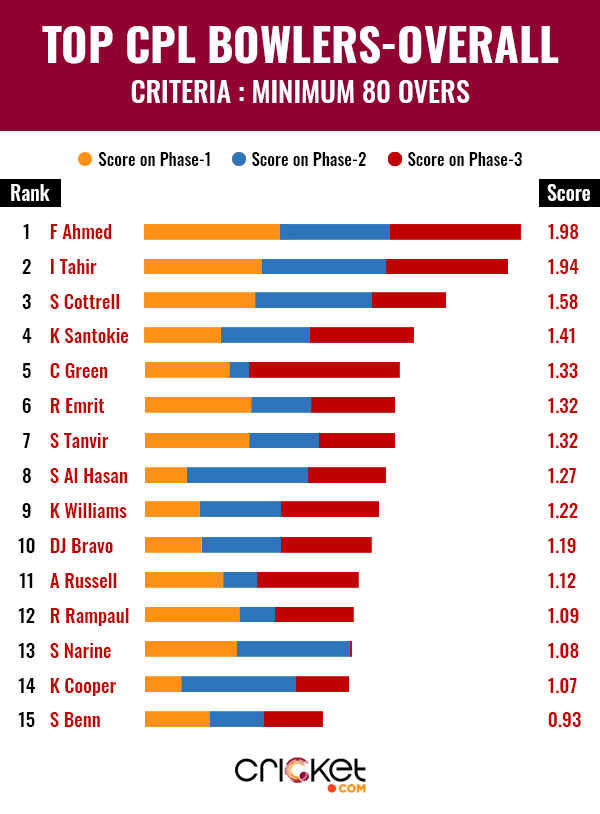 Fawad and Tahir occupy the top two spots. There is very little to choose between them. Both have an overall balls per wicket record of 15.6, unmatched by any other spinner in CPL. Tahir has a better overall economy of 5.8 as compared to Fawad’s impressive 6.3. But, and an exceptional economy rate of 5.2 in the tough powerplay phase helps Fawad take the top spot.

Sheldon Cottrell’s bowling average of 19.3 is the best among pacers with 20+ wickets in CPL. With 36 wickets, he is also the leading wicket-taker in the powerplay. Krishmar Santokie is the fastest to take 50 wickets in CPL. He did so in 31 inns. He is the only one apart from Dwayne Bravo to take 50+ wickets in death overs which come at 9.8 balls per wicket.

Chris Green wraps up the top-5 CPL bowlers. Green has a notable economy of 5.6 in the powerplay. Though he has only 10.2 overs at the death, he has the exceptional economy of 6.1 to go with eight wickets at 7.8 balls per wicket at that phase.

One of the key players failing to feature in among the top bowlers is Narine. A contributing factor towards this his balls per wicket record in the last three seasons. His bowling strike-rate is above 24 in each season since 2017.

There are a few bowlers who are not a part of our final assessment due to the minimum overs criteria. If these ‘rising stars’ continue to perform, they can find a place among the top CPL bowlers in the future. 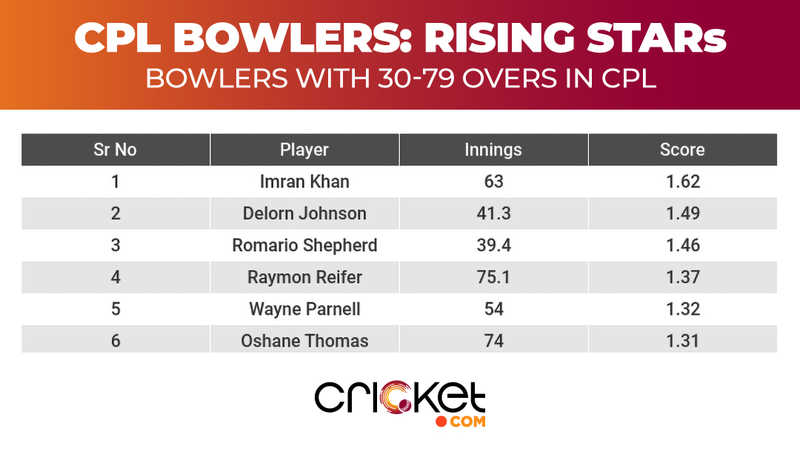 Being 36, it is awkward to call Imran Khan ‘rising’. Though being a spinner, we can expect him to have a longer run. The upcoming CPL season will provide a platform for young bowlers like Romario Shepherd and Oshane Thomas to establish their credentials.