Toppling openers will be key for Punjab to beat Sunrisers 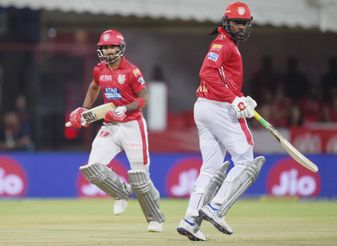 Toppling openers will be key for Punjab to beat Sunrisers

Finding the right bowling to skittle the Sunrisers will be crucial if the home side are to win; but with SRH's middle order struggles, Punjab will be reassured.

The Sunrisers Hyderabad and the Kings XI Punjab share an interesting history, one that is intensely skewed in favour of the visitors. The Sunrisers have a staggering 9 wins of 12 games between the two sides, and with today’s match held in Punjab, the home team will also be looking for pride in this match.

Both teams are incredibly strong batting sides, and with big hitters on both teams, one might well expect a big score at Mohali. This year, the two matches played at the PCA stadium saw first innings totals of 176 and 166 respectively. The first of those matches, against the Mumbai Indians, saw Punjab put the Mumbai Indians in to bat. Spinners had the best economy of any other bowlers for Punjab, with Murugan Ashwin and R. Ashwin the cheapest bowlers of that night.

The Kings have had interesting batting transformations. While they are scoring at a lower rate in the powerplay than they did in 2018, they have been scoring significantly higher in the middle overs than they did last year. While in 2018 they went at 7.58 runs an over between 7-15, they are now at 9.13, meaning that they do not face one significant issue the SRH side does: that of being reliant entirely on the top order.

At their last match against Delhi, Sam Curran was the pick of the bowlers, taking four wickets and ending as the most economical bowler of the night with an economy of 4.71. Already on the ICC’s list of players to watch out for, Curran has been phenomenal at the death. In his three showings with the ball this season, the Englishman has taken six wickets, all of which came at the death. Most valuably, Curran has a significantly low boundary percentage - only 11.53% - at the death, especially crucial if Punjab either choose to bat first, or are put in to.

Curran has been the pick of the death bowlers for. Punjab this year, and of bowlers who have bowled 12 or more deliveries, he is the most economical. He has also had the pick of the wickets this season, having taken more than any other bowler on the KXIP squad. 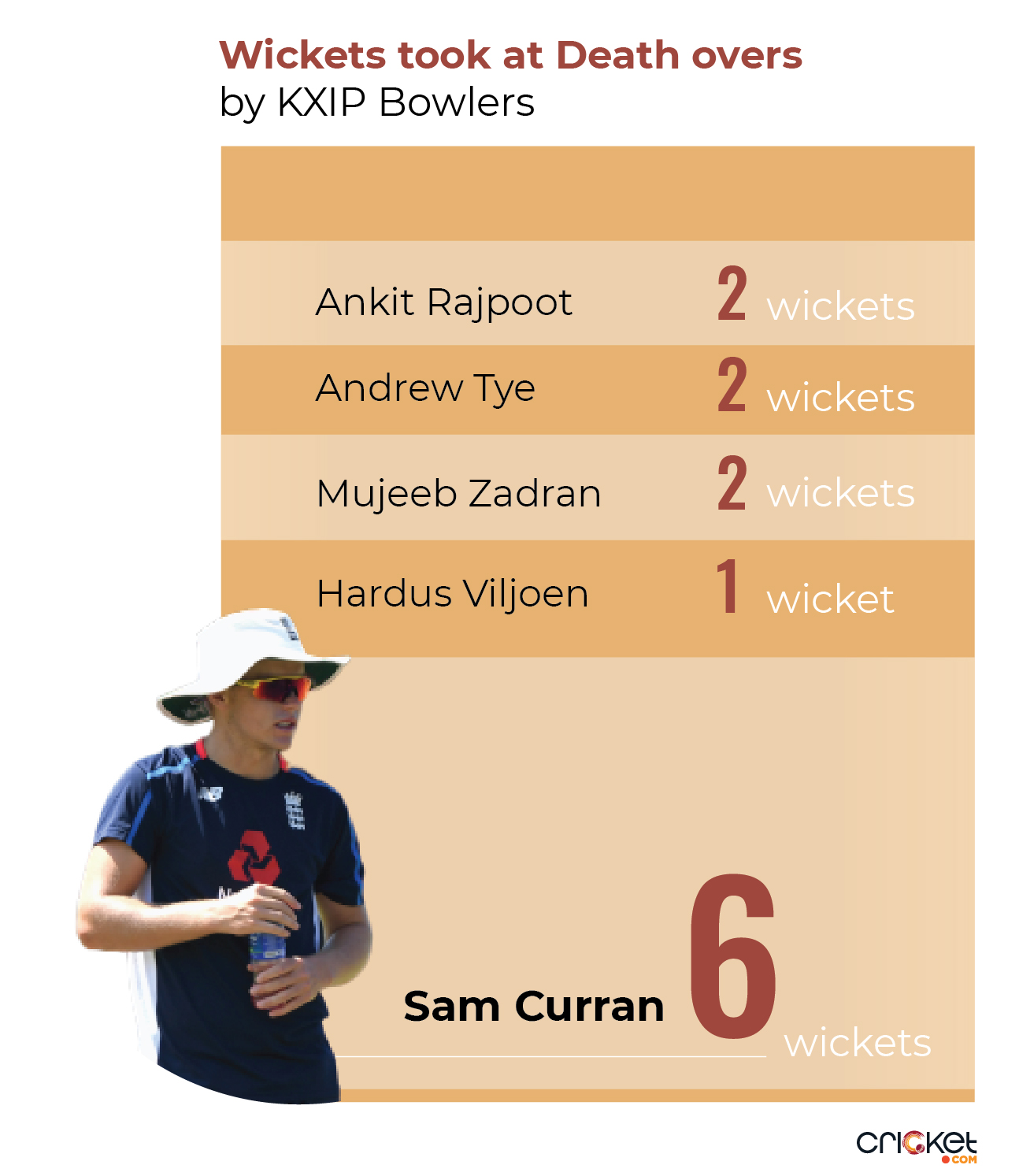 For any team playing the Sunrisers, getting Bairstow and Warner out will be crucial in winning, and indeed, that was the key factor in the Mumbai Indians’ victory: bundling out both openers in the first 5 overs, Mumbai eventually restricted the side to only 96 runs, 40 short of their target.

That points to a top-heavy Sunrisers side, and indeed, the openers has consistently delivered at every single match. Although the team does have the likes of Manish Pandey and Yusuf Pathan among its ranks populating the middle order,  the middle order itself has failed spectacularly on the one occasion that they were tested. If Warner and Bairstow fail, it is almost certain that the visitors will have a tough time.

In the powerplay, Warner scores slowest against leg spinners at the IPL, going at 7.50 runs an over. His boundary percentage increases significantly at the death, where it rises from 13.23% in the middle overs to 30% in the final phase of the innings.

Jonny Bairstow, in Twenty20s, has historically lost his wicket most to spinners, especially in the middle phase of the innings - 10 times each to off spinners and leg spinners. However, he has also scored less against leg spinners, going at 7.33 runs against them as opposed to 8.16rpo against off spinners. That leaves Murugan Ashwin as the team’s primary option, and with a lack of strong leggies on the side, it looks as though the scales will be tilted in favour of the visiting side this time around.