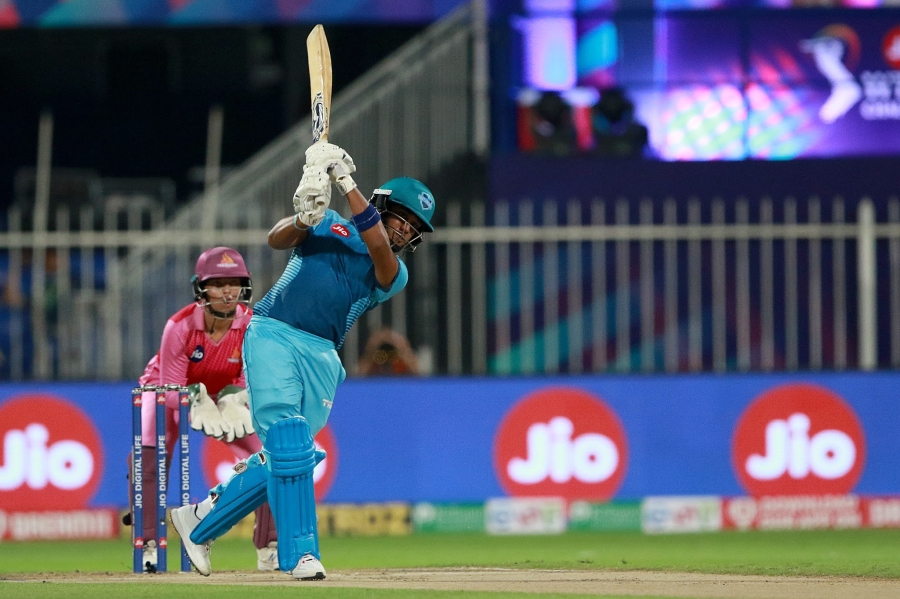 The final of the 2020 Women’s T20 Challenge will be a repeat of the last league stage match as Trailblazers and Supernovas will face each other at the Sharjah Cricket Stadium on Monday. Supernovas have won both previously-held editions of the tournament and will be looking to make it a hat-trick of triumphs, while Trailblazers will be seeking a maiden title.

All three teams ended the league stage with two points each, but Velocity missed out on a top two finish because of a poor net run-rate (NRR). In the end, you could say that it was Trailblazers’ thumping victory against Velocity on Thursday that decided the final standings as the match had major implications with regards to NRR.

If past contests between the two teams are anything to go by, expect a thrilling finale. After all, the three times they have met previously, each match has been decided off the final delivery of the game. On the back of Saturday’s win, Supernovas have a slight advantage when it comes to head-to-head record against Trailblazers, winning two out of three matches. 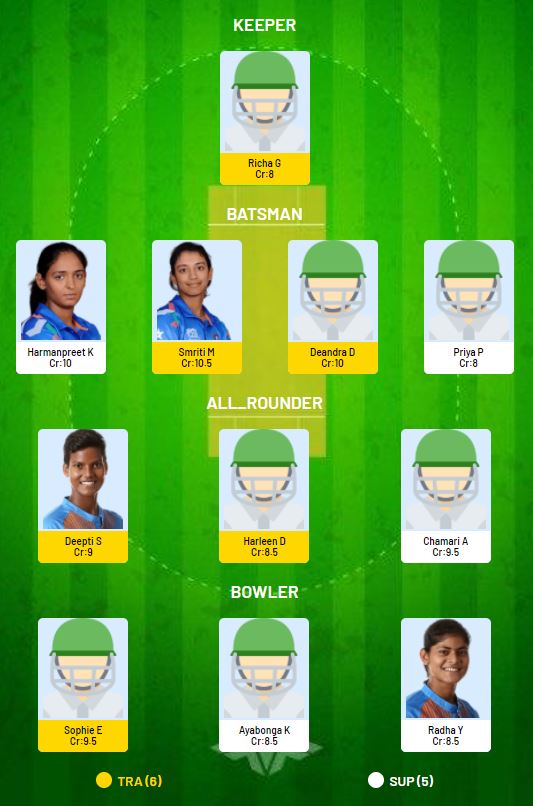 In the three matches of the tournament so far, a total of 641 runs have been scored with as many as 35 wickets falling. While the batting average has been 18.3, it’s important to note that Velocity’s low score against Trailblazers had a huge impact on that number.

While the first two matches were won by the teams chasing, the third one which featured these two sides saw the team batting first come out victorious by two runs.

Until now, in this tournament, pacers have taken nine wickets while spinners have dominated proceedings with 21 dismissals. Hence, we have selected a spin-heavy team with as many as four spinners plus Chamari Athapaththu in the team. 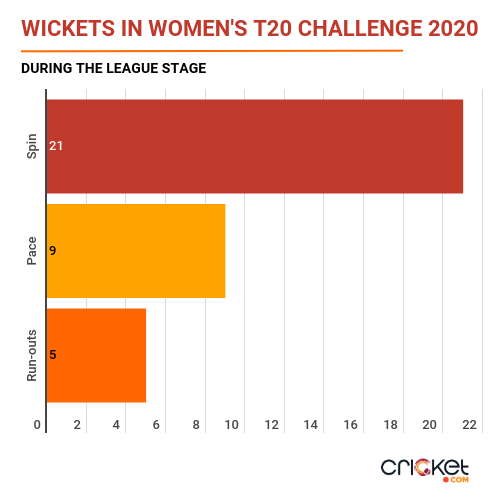 The one pacer we have chosen in our team is Ayabonga Khaka, but you could also consider Shakera Selman. In fact, if you have no issues going with an all spin-bowling attack, then you can consider Rajeshwari Gayakwad as well.

Poonam Yadav, who had an outstanding T20 World Cup earlier this year, misses out on our team as she has taken only one wicket in two matches this season so far. Also, it was a little difficult to select her because she’s at 9 credits on FanFight. If you want to pick her, then you might need to drop Harmanpreet Kaur for Jemimah Rodrigues.

Despite her not bowling in the 2020 Women’s T20 Challenge league stage, Chamari Athapaththu seems to be a great captaincy choice because of her outstanding batting. She is, by far, the leading run-getter in the tournament currently – having scored 111 runs in two matches. While she has made scores of 44 and 67 in her two innings here, she has a batting average of 32.7 in T20Is since 2019. If she bowls, that would be an added bonus.

Our Criclytics player projector predicts Athapaththu could score 13-36 runs and could take 0-1 wickets in this match.

It was a case of so near, yet so far for Deepti Sharma against the Supernovas on Saturday. Despite an unbeaten 43, her team fell short by the smallest of margins. Deepti has potential to be a great selection for this game not only because of her batting, but also due to the fact that she’s a superb bowler. In T20Is, she has taken 53 wickets at an average of 19.4 and strike rate of 19.5.

Our Criclytics player projector predicts Deepti could score 8-25 runs and could take 0-1 wickets in this match.

Radha Yadav’s brilliant final over played a huge part in the Supernovas reaching the final. The left-arm orthodox-spinner has been one of the foremost T20I bowlers in the world over the last couple of years. Since 2019, no other Indian bowler has taken more wickets than her in T20Is – 32 in 21 innings. In fact, in each of those 21 innings, never once did she go wicketless which speaks volumes about her incredible consistency.

Our Criclytics player projector predicts Radha could take 1-2 wickets in this match.

Sophie Ecclestone is the number one bowler in the ICC Women’s T20I Rankings and she showed her brilliance with a fine bowling display (4/9) against Velocity on Thursday. She didn’t take a wicket in the match that followed, which is a very rare occurrence for her. In international T20 matches in 2020, she has taken 19 wickets in 13 matches at an average of 12.4 and strike rate of 15.2, going wicketless just once.

Our Criclytics player projector predicts Ecclestone could take 1-2 wickets in this match.