Trends from Phase 1 of the IPL - Who’s leading the MVP Charts? 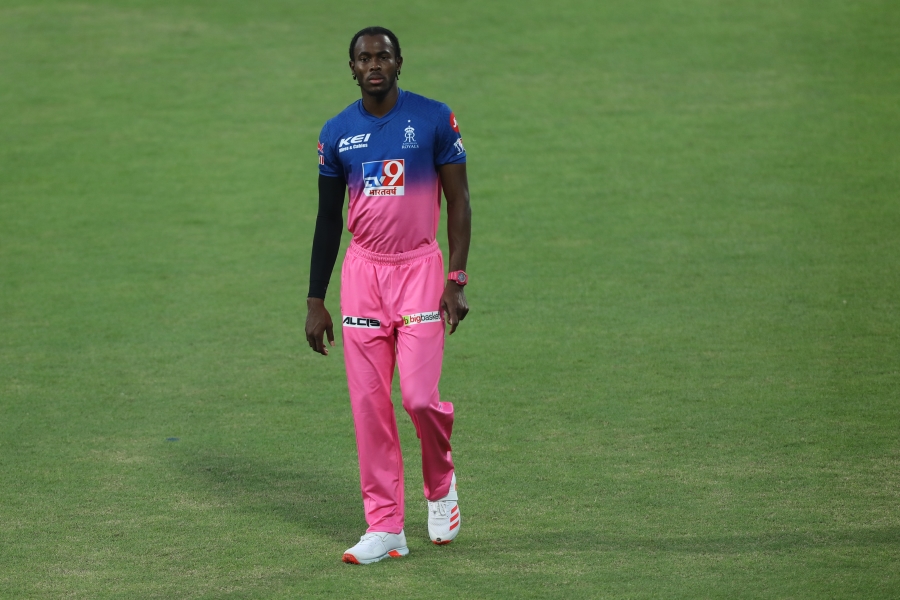 Trends from Phase 1 of the IPL - Who’s leading the MVP Charts?

21 games of a 60-game blockbuster tournament are over. That’s a little over a third of the tournament gone within a blink of an eye, just as our watching habits are starting to form every day at 7:30pm IST.

It’s been a tournament that has had its quirks as well as some very strong patterns.  We try decoding a few of them with some help from Criclytics-The most powerful cricket algorithm!

Criclytics' Most Valuable Players of the IPL (Uptil Match 21)

The Cricket.com MVP is a list that goes beyond the scorecard to find out little tales that lies hidden to bring out the real champions. A scorecard tells you who scored runs, who took wickets, but it does not tell you the context of those runs. Did those runs or a series of dot balls in a T20 win you the game dramatically? Were those 10(2) balls had a higher impact than a 12(14) balls in the context of the match? We help you unravel all of that to put together a simple relative scale to measure the best impact player of the tournament.

For batsmen we consider their runs made, how quickly it was made, how many boundaries were hit, and how did each ball in their innings impact the win %. For bowlers we look at wickets taken, economy rate, dot ball pressure and the impact each ball in helping the team’s win %. All of this is relative to a match and summed up. So a batsman with a 130-run knock in one game, cannot be in the top list, if he has failed in five other matches. The MVP measure rewards consistency and takes into account batting and bowling contributions in a game (Fielding is not yet introduced in this version).

The top 5 MVP list has 4 players from just 1 team, the Mumbai Indians who have had a great start to the tournament winning 5 out of their 6 games.

Three of them are bowlers, while Kieron Pollard makes it for his all-round skills (weighted heavily by his batting). Having such a highly skilled team, the MI bowlers have interestingly done well to rally around each other. They have never bowled in a manner that all their top players had an off day in the same game. On their worst days, they have had two of their MVPs under-performing, while the other two hold fort. Trent Boult has failed in just one game so far, while the others have failed in a couple of games, but have done well in the majority of their other four games. 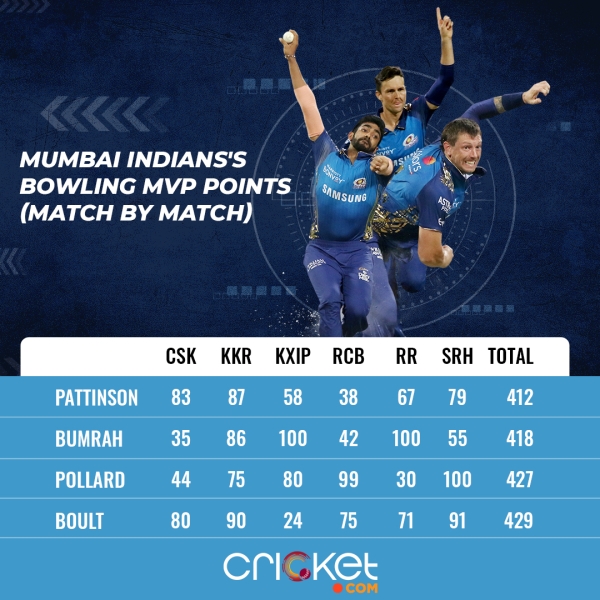 What has made them the MVP?

Different things for different bowlers. Let’s start with Jofra Archer. He has made batsmen in a competitive league like the IPL actually leave his thunderbolts. Amongst the top 5 he ranks the best for batsmen leaving balls alone, defending and getting beaten.

The MI pace trio of James Pattinson, Jasprit Bumrah and Boult are in the same zone when it comes to the % of their deliveries that have been attacked and defended. To give context to this number the average % of balls attacked and defended in this edition of the IPL (till game 21) was 58% and 19.25% respectively. The trio have done well to make the batsmen defend more. 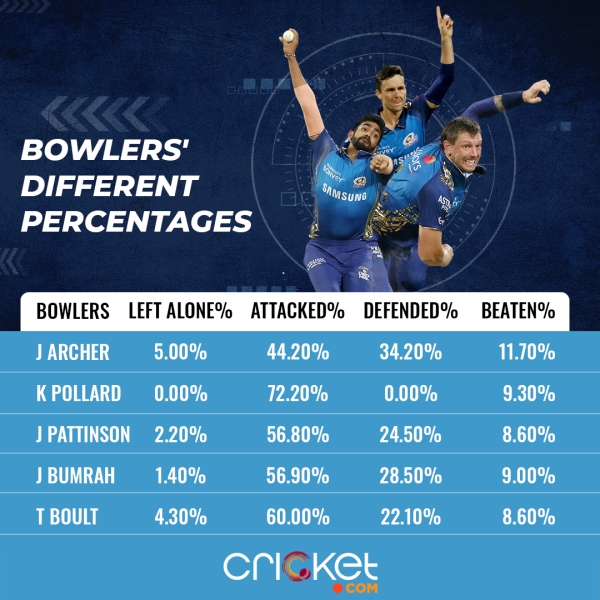 Archer’s been a valuable cog in the RR setup, bowling overs at the start and just when teams start to accelerate. His bowling has been very useful in setting sides back by a few runs, or in the intent to score. Amongst the top bowlers he has made batsmen leave the ball 5% of the times, and has been attacked the least amongst the top 5 bowlers. His batting along with Tom Curran has been the reason that RR have finished well at the end of their innings. 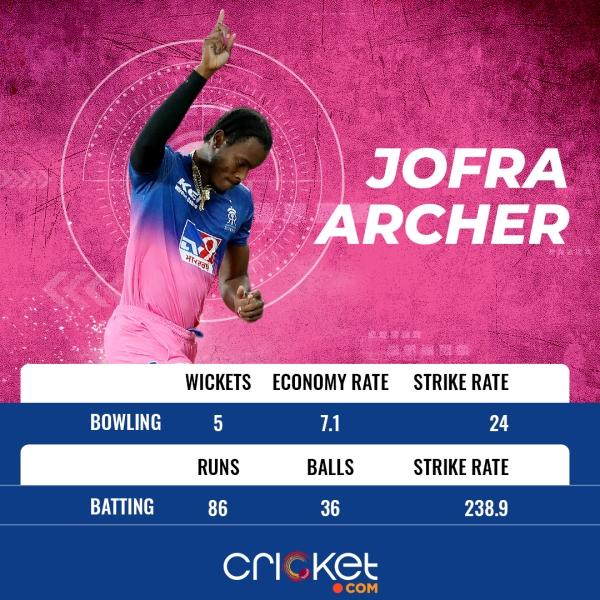 Since the opening game Boult, has been quite a revelation at the top for Mumbai Indians, by keeping a tight lid on the batsmen.

His best impact performance came against Sunrisers Hyderabad, where he got 24 bowling impact points for his 2/28 spell (Bowling impact is basically the net positive win% added for Mumbai Indians during the 24 balls that Boult bowled). 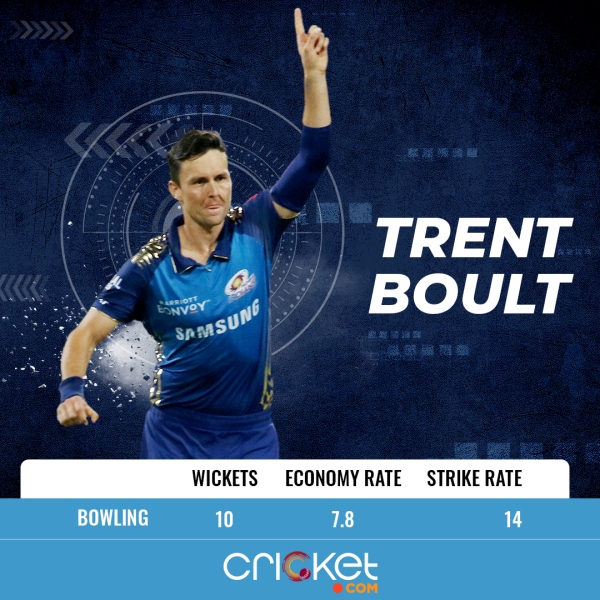 Pollard’s contribution has been with the bat, where he has taken games away completely away from the opposition pairing with Ishan Kishan, Hardik Pandya and Krunal Pandya. Pollard has ensured that MI at any point is not out of the game, after an ordinary outing against CSK in the opening game. Pollard has followed up with 4 consecutive top performances. 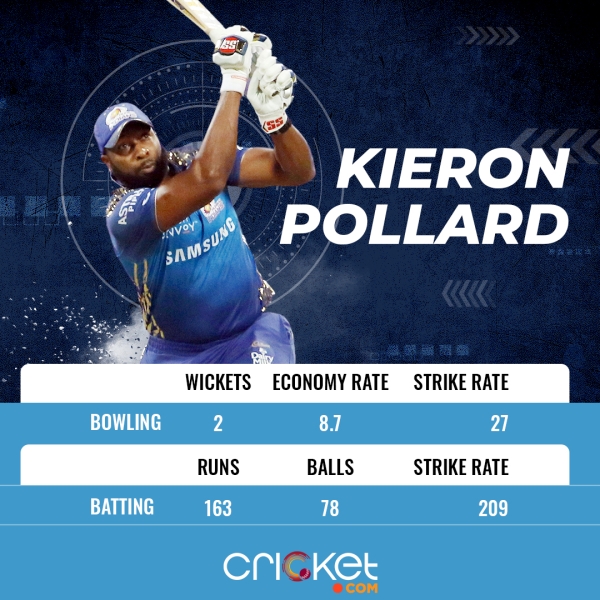 Despite a lacklustre start to the IPL, Bumrah has found his mojo at the IPL with three hauls of two wickets and a 4-wicket haul against Rajasthan Royals. Bumrah was taken apart against CSK and RCB with 40+ plus runs in his spells, but has made up for it with 4 other great games.

One of the reasons possibly that Bumrah has been bowling well, is due to the fact that he’s had the cushion of four 180+ scores, which has resulted in him coming and picking up wickets at times when the teams chasing have to force their way to keep themselves in the match. 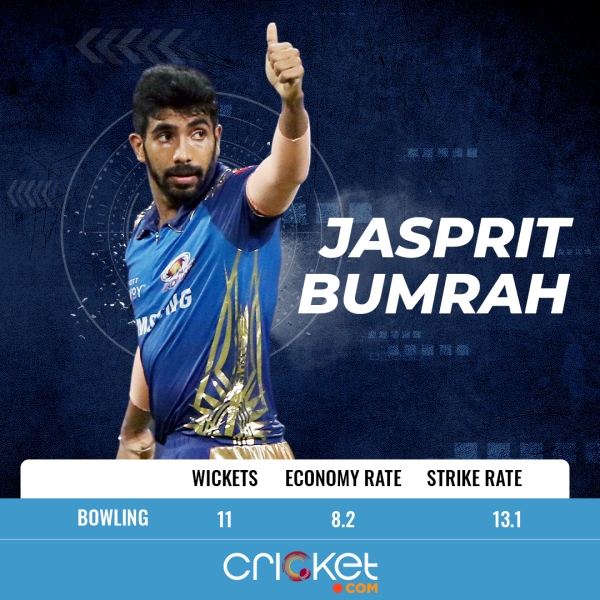 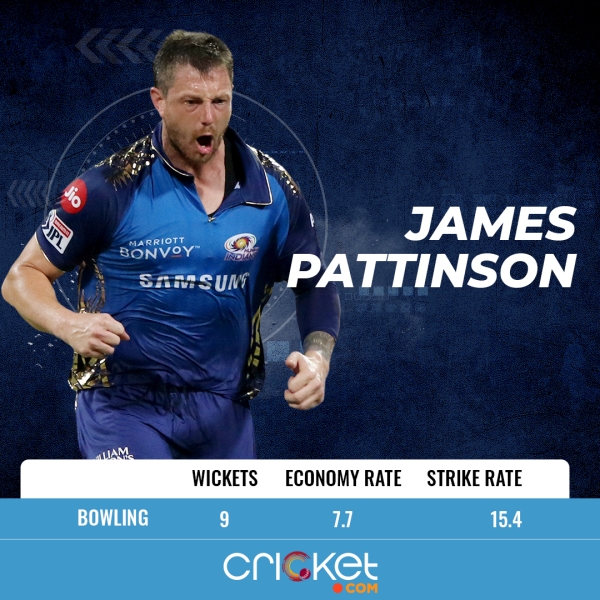