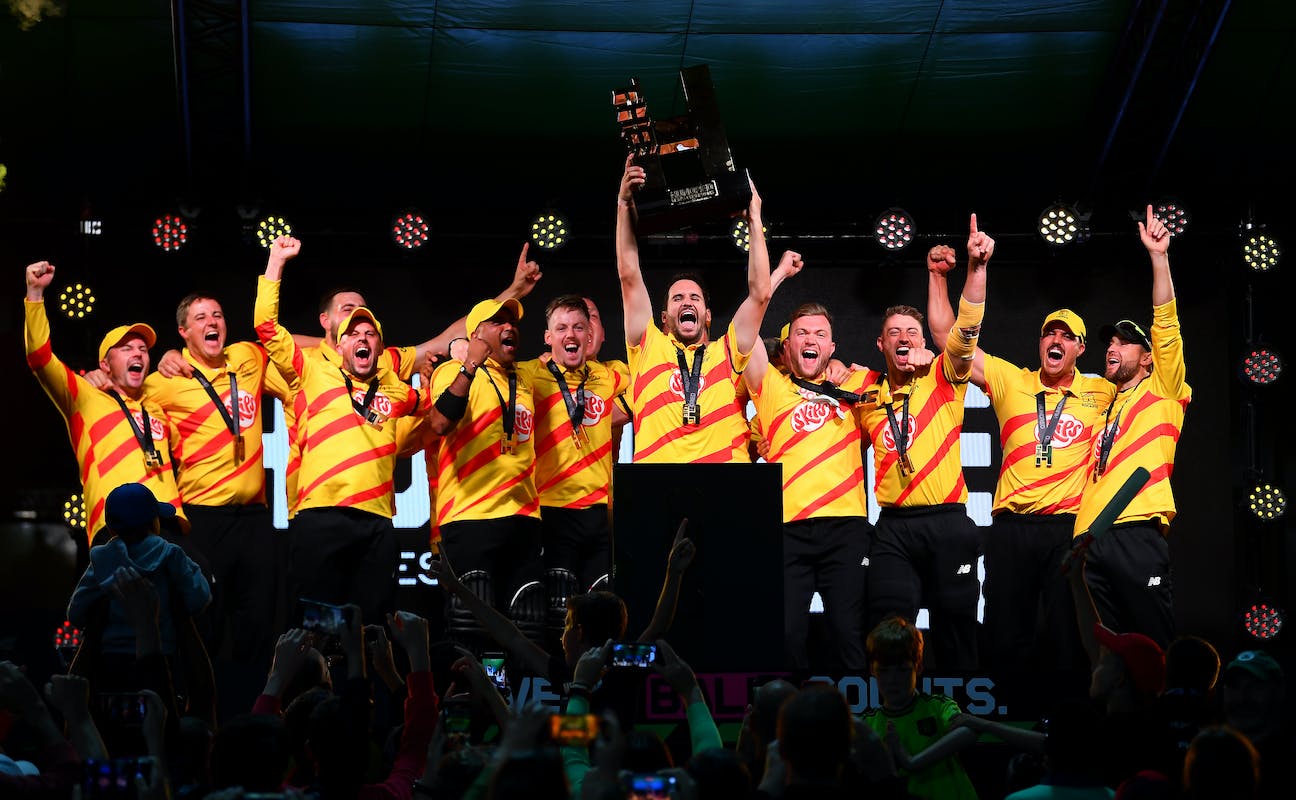 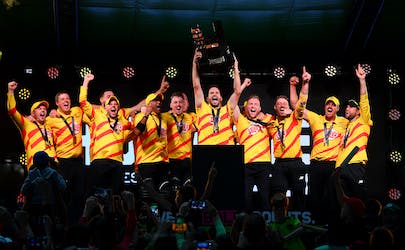 Meanwhile, Oval Invincibles retained their title with a five-wicket win against Southern Brave in the women's final

Trent Rockets captain Lewis Gregory led from the front as his side defeated Manchester Originals by two wickets with just two balls to spare in a tense men's Hundred final at Lord's on Saturday.

The climax to the second season of the 100 balls per side tournament, a controversial innovation in English cricket given the impact eight specially created teams have had on the schedule of the existing 18 first-class counties, looked like being a one-sided affair.

Medium-pacer Sam Cook took 4-18 as the Rockets restricted the Originals to a seemingly modest 120-9 on a slow pitch, with Australian Ashton Turner's 26 the top score of the innings.

But England batsman Dawid Malan's 19 was the highest score of the Rockets' reply, with Alex Hales -- bidding for an international recall -- out for just eight.

At 110-8, the Rockets needed 11 to win from the final set of five balls -- the Hundred does not feature traditional overs -- bowled by England international Richard Gleeson.

Gregory, himself an England all-rounder, promptly launched Gleeson over mid-off for six before flicking the subsequent full toss for four and then hitting the winning runs as he finished 17 not out off six balls. "It was nice to be there at the end and get the team over the line," said Gregory.

In front of a record crowd of 20,840 at Lord's -- the highest attendance for a domestic women's match in England, the Invincibles beat the Brave in the final for the second year in a row by chasing down a target of 102 with six balls to spare.

The 32-year-old Kapp took 1-19 and led the chase with 37 not out, while teenager Capsey, the breakout performer from last year's tournament, returned figures of 2-17 and made a useful 25.

"The way Kapp batted was awesome," said Invincibles captain Suzie Bates. "She shows up for those tough moments. One hundred percent, she's one of the best all-rounders in the world, and she showed why."

New Zealand great hailed Capsey as a "big-moment player", adding, "Under pressure, you need to be brave, and she's done that all season."