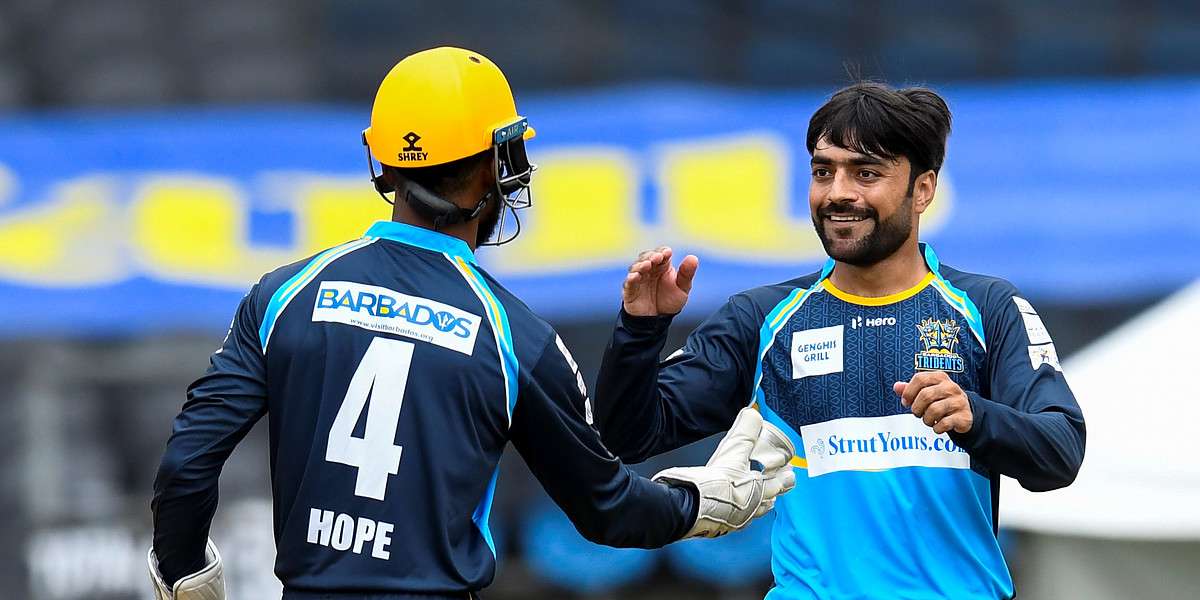 Here are a few tips and suggestions that might help you in creating your fantasy team for the ninth match of CPL 2020 between Trinbago Knight Riders and Barbados Tridents in Tarouba, Trinidad

Trinbago Knight Riders have made a brilliant start to the 2020 Caribbean Premier League (CPL), winning both their matches. On the other hand, Barbados Tridents began their campaign with a win but lost to St Lucia Zouks in a game shortened due to rain.

In fixtures between the two teams in the past, the Knight Riders have the edge, having won eight matches to Tridents’ seven. But in the last five matches, the Tridents have done better – in fact, they won all three matches between the two sides last season. 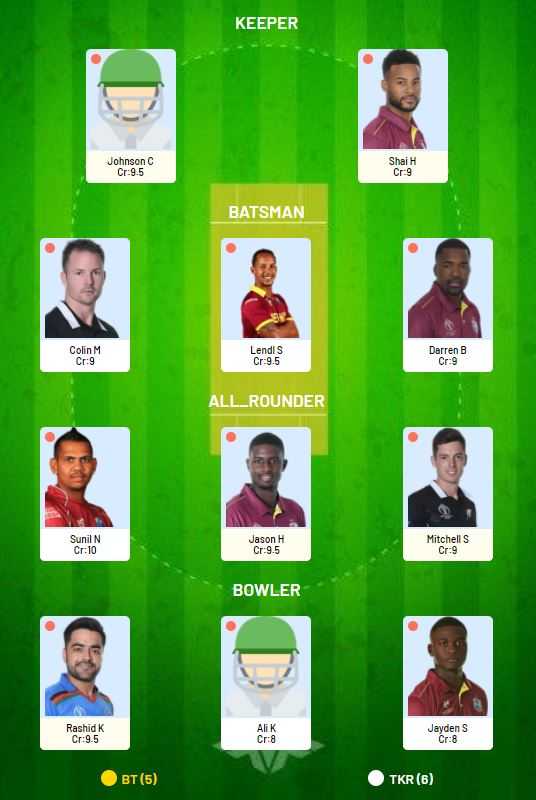 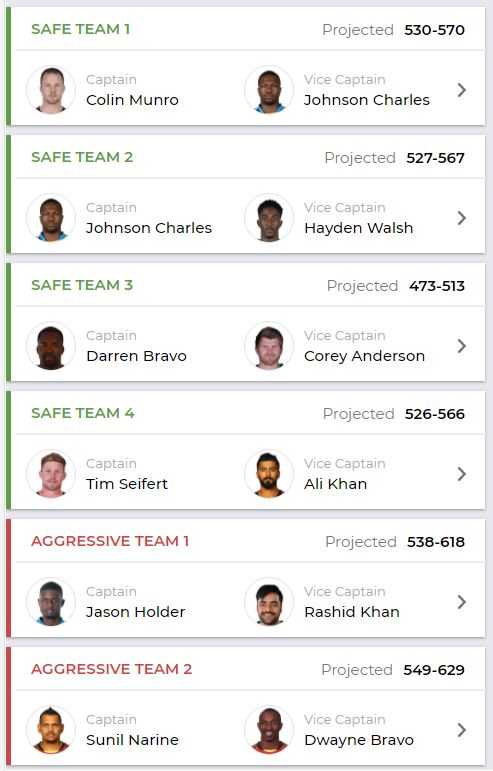 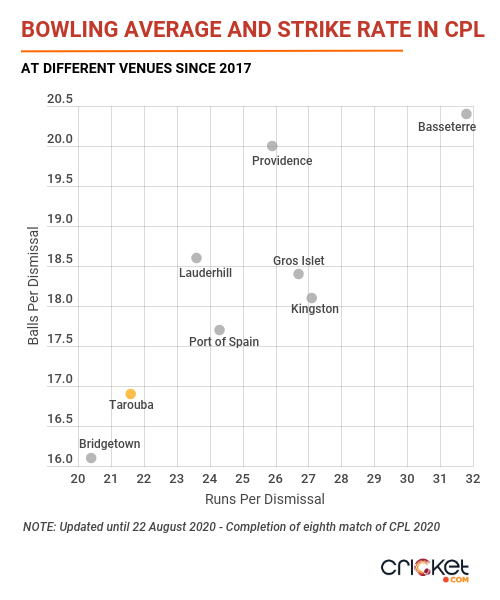 Since 2017 in the CPL, at the Brian Lara Stadium, spinners have performed better than pacers. During the aforementioned period, spinners have taken a wicket every 18.4 deliveries in the CPL in Tarouba – helped by Saturday's match between Guyana Amazon Warriors and Jamaica Tallawahs – compared to a strike rate of 18.5 for pacers.

The slower bowlers have an economy rate of 6.8 which is 1.1 runs per over better than the same number for fast bowlers. This might help you gather a few crucial points.

Also, there are some really good allrounders featuring in this match which means that you’re spoilt for choice. 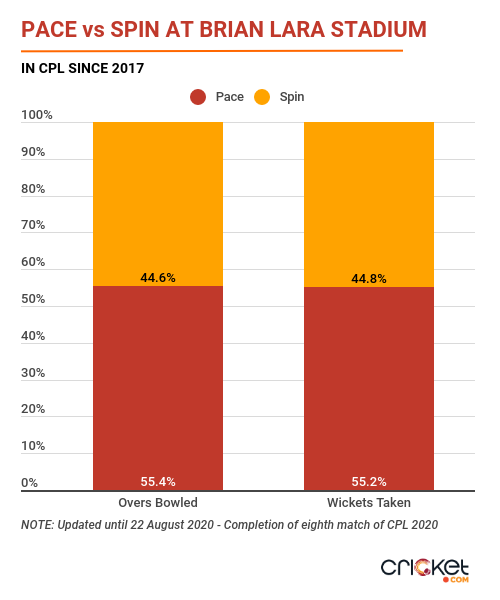 An interesting match-up to look forward to at the start of the Tridents innings will be the one between Johnson Charles and Ali Khan. Charles has scored at a good strike rate against Ali Khan during their past meetings, but you must note that the Knight Riders pacer dismissed the Tridents opener during their previous face-off in last season’s Qualifier 2. 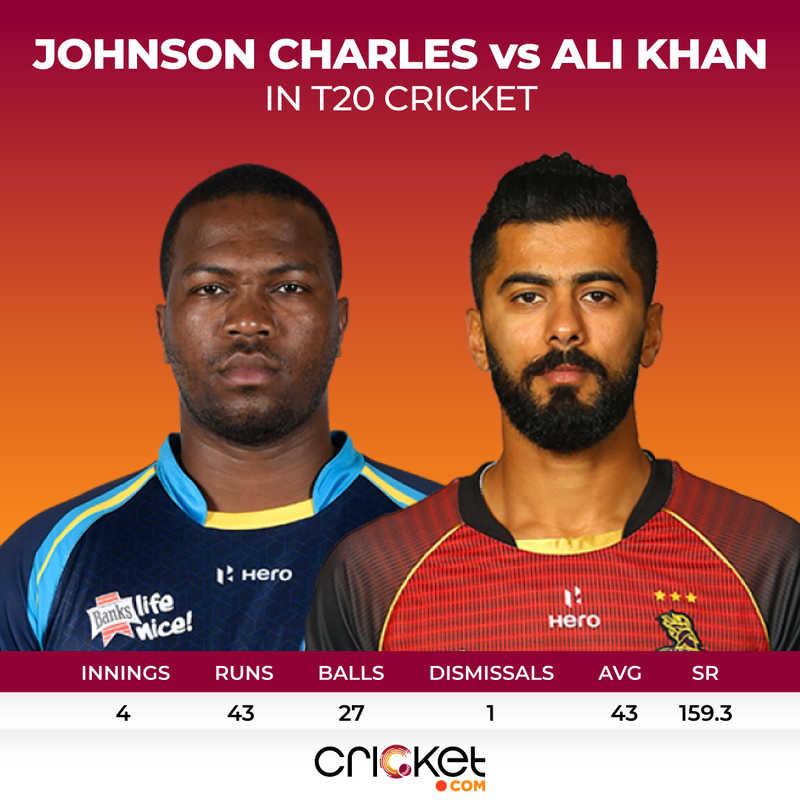 Sunil Narine has begun CPL 2020 with back-to-back fifties and played a crucial role in the Knight Riders’ excellent start to the season. So, you wonder if the Tridents will use their premier bowler Rashid Khan to stop Narine’s charge at the start of the innings. So far, Rashid has bowled only 12 deliveries to Narine in T20 cricket and is yet to dismiss him. 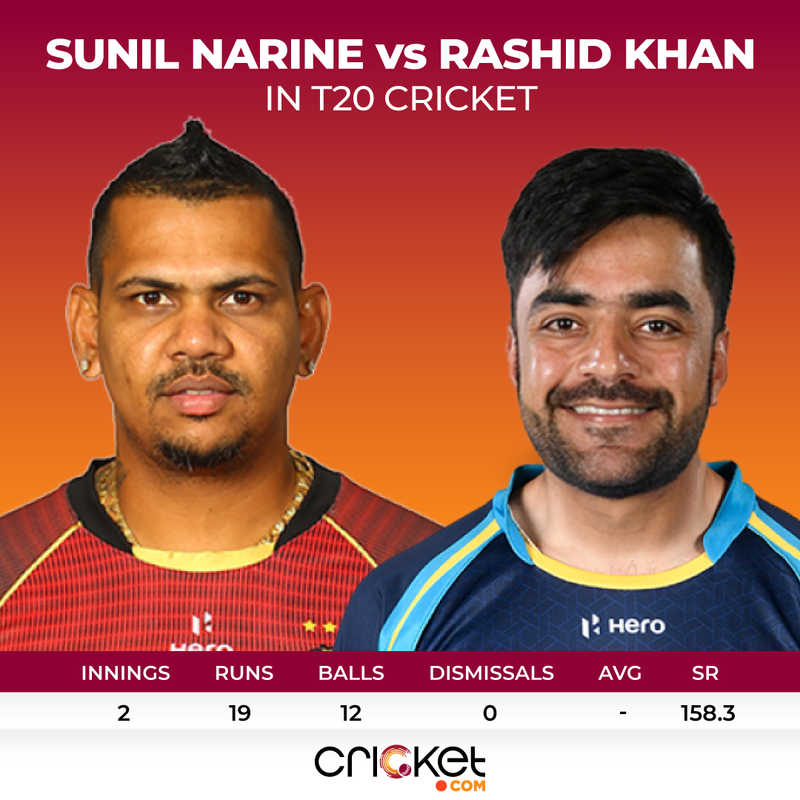 While Narine versus Rashid should be a possibly interesting match-up at the start of the Knight Riders innings, Kieron Pollard facing off against Rashid – if it happens – could prove to be a vital part of the match in the latter stages of the same innings. In the past, Pollard has struggled to score quickly against the Afghanistan legspinner. While the Knight Riders skipper’s career T20 strike rate is 150.44, his strike rate against Rashid is just 90.9. 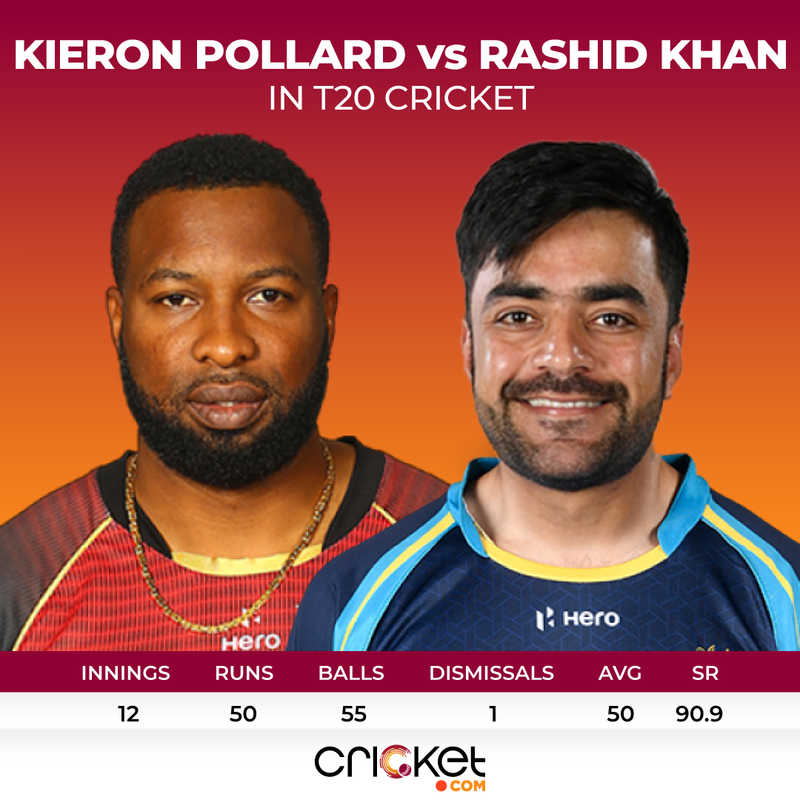 Having scored half-centuries and taken wickets in both matches so far, Sunil Narine seems to be the most obvious captaincy option in this match. The only concern would be that in the past, he hasn’t taken wickets frequently against the Tridents – his bowling strike rate against Trident is 31.8, which is not ideal. Having said that, not captaining an allrounder who opens the batting and almost always bowls four overs would be a risky move.

Like Narine, Jason Holder is another player who can score good points with both bat and ball. He is yet to take a wicket in CPL 2020 – against St. Lucia Zouks, he was able to bowl just one over because of the weather. You can expect him to get among the wickets soon and, if he continues to make handy contributions with the bat as he has done in the first two games, then the Tridents captain becomes a must-have in your team.

Colin Munro played a fine knock against Jamaica Tallawahs on Thursday. His unbeaten 49 was instrumental in the Knight Riders securing a comfortable win, their second of the tournament. Munro seems to enjoy batting at the Brian Lara Stadium – among all CPL venues where he has batted in at least five innings, he averages the highest here (54). 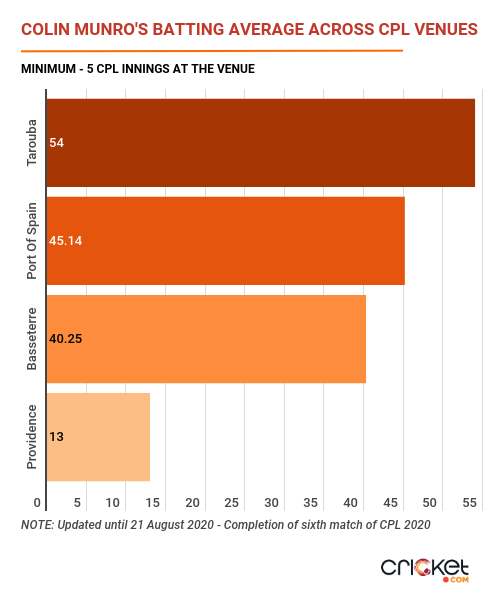 Rashid Khan is ranked number one in the ICC T20I Rankings and that’s with good reason. His bowling in the 20-over format has been exceptional over the years. In the two CPL games he has played so far, he has taken two wickets each time and also displayed his batting abilities with an unbeaten 26 against St Kitts & Nevis Patriots.