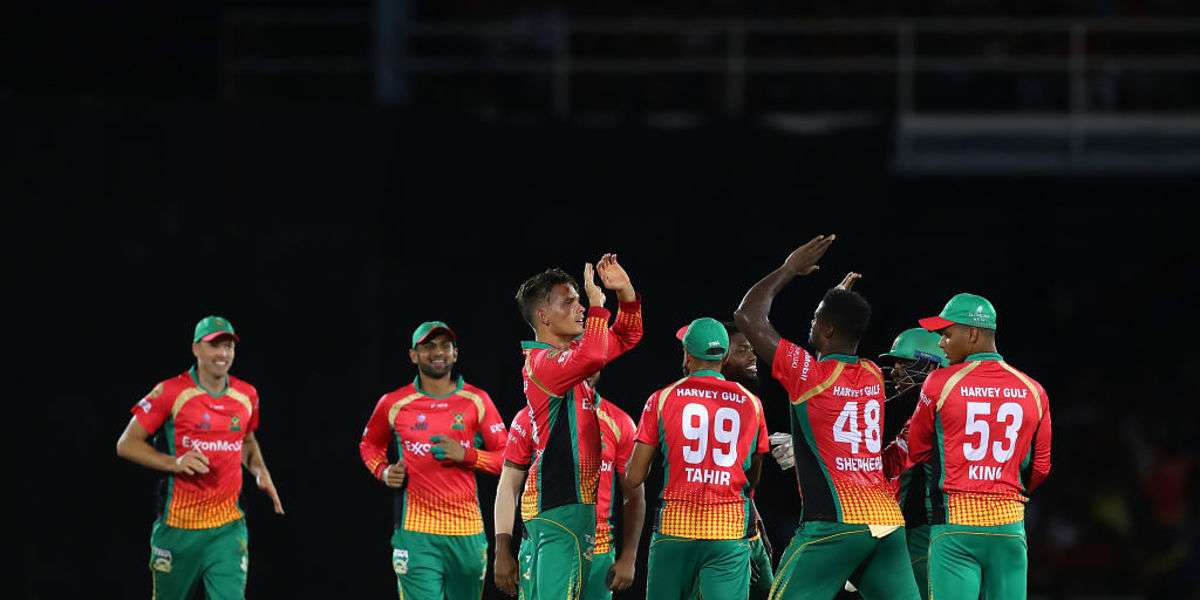 The Guyana Amazon Warriors and the Trinbago Knight Riders collide yet again. In the reverse leg, Trinbago won riding on the back of an all-round performance form Sunil Narine. The Warriors have a win% of 45 when facing the Knight Riders, which is their lowest against an opponent in CPL. Guyana will be wary of Trinbago’s record at Queen's Park Oval and will look to nullify that. The Knight Riders have been unbeaten throughout the season, whereas the Warriors have won two out of the 5 played. 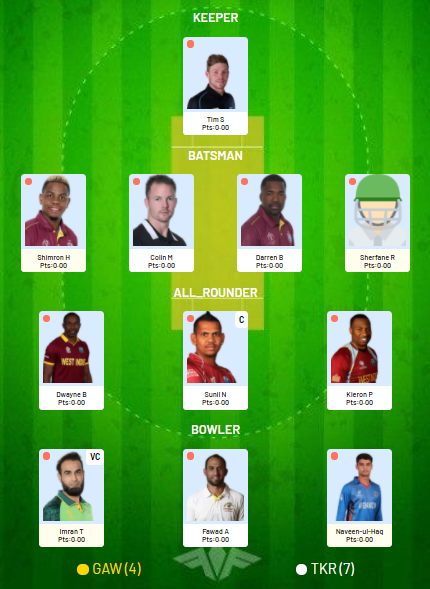 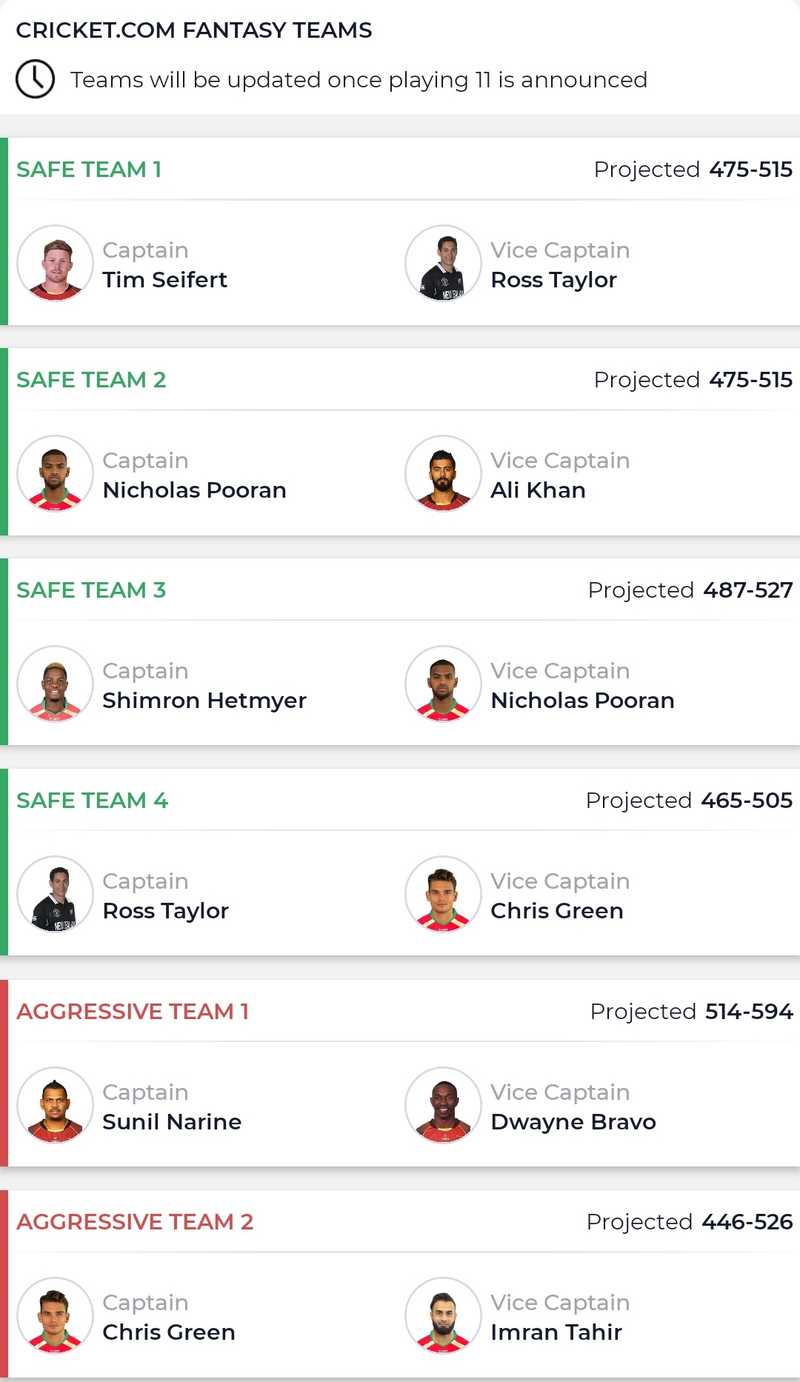 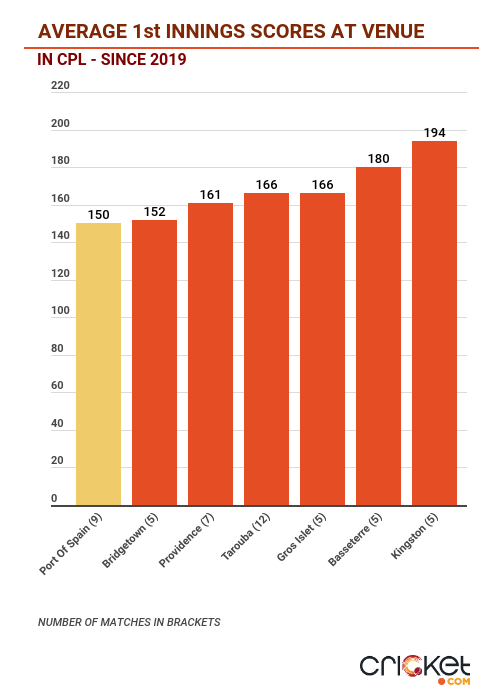 Runs has been hard to come by, especially in the middle overs of the innings. In the 4 innings that happened in Port of Spain this season, teams have scored at a run rate of 5.4 in overs 7-15. Only 39.4% of runs have come through boundaries in this phase. 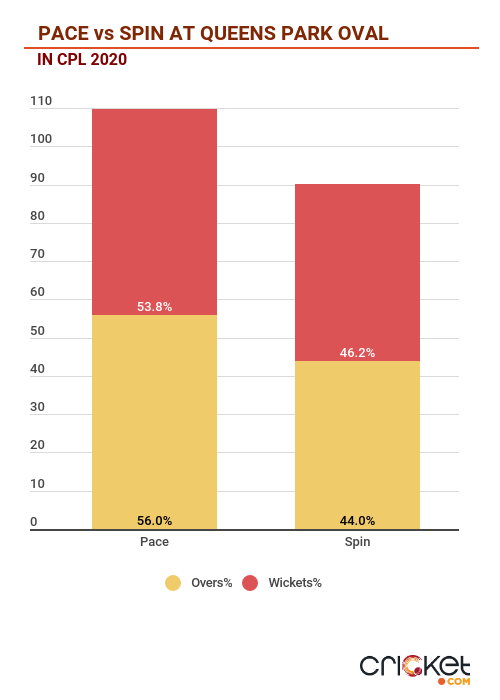 Luckily, both the sides have tremendous spinners who aren’t meant to be left out.

Trinbago this season seems to be a complete package, which is why they have been the most successful team till now. Sunil Narine has filled in as an allrounder, scoring over 100 runs with two half-centuries and has bagged 4 wickets.

In any case, it is the Guyanese who have been struggling in the batting sector. Both their wins were on through heart-throbbing performances from their bowlers, especially the spinners. In the last match as well, they played with 4 frontline spinners. Nicholas Pooran's form is a concern for Guyana, especially with Sunil Narine around, his selection isn’t advisable.

The highest T20 wicket-taker hasn’t been as good as he is against the others when he is bowling to Hetmyer. In the 4 innings, the young left-hander hasn’t got out to him and has scored runs at a staggering strike rate of 175 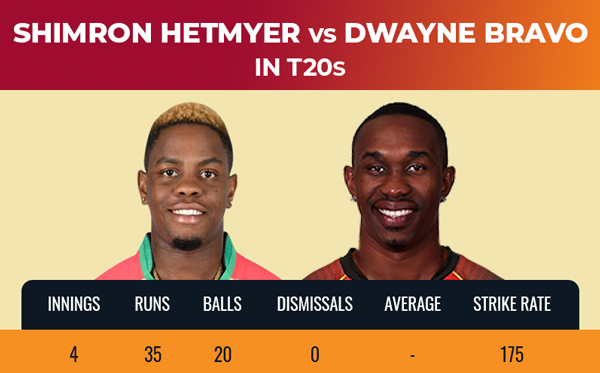 The lower middle-order batsman has taken a liking when he is facing Bravo in T20s. In the 19 balls he has faced, Rutherford has scored runs at a strike rate of over 200 with one dismissal against him. 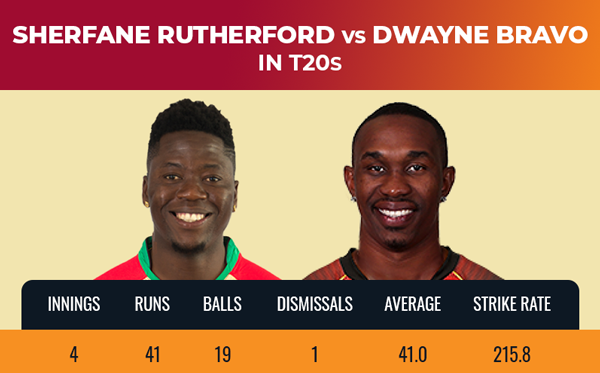 In a battle of the giants, both of them have had their say. Pollard who is generally a good player against legspinners has proceeded cautiously when he faces Imran Tahir. The leggie has dismissed him 4 times at an average of 21.5 and Pollard has scored runs at a strike rate of 130.5. 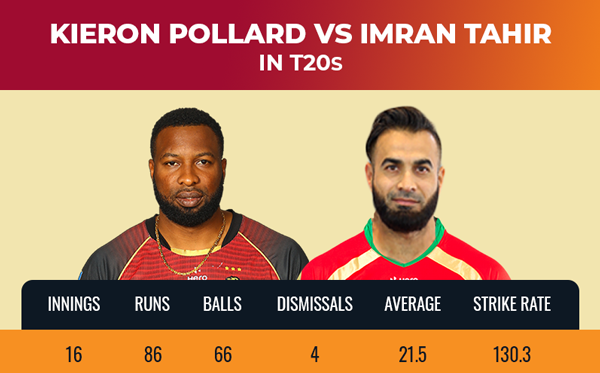 SUNIL NARINE: The allrounder certainly has hit a purple patch this season with bat and ball. With two 50+ scores in the tournament, he is the 2nd highest run-scorer for the Knight Riders. He is one among three allrounders who have picked two or more wickets and scored over 100 runs this season. 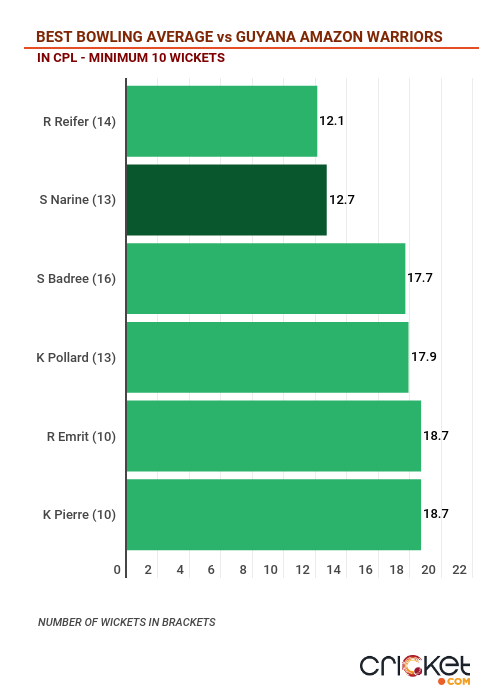 DWAYNE BRAVO: Bravo hasn’t had a great season of CPL so far. But, now that he is bowling on his home ground where he has plenty of wickets, might see a change of fortunes. He has 43 wickets at Queen's Park Oval, which is the highest by a bowler at a venue in CPL. He has bagged those wickets at a staggering balls/dismissal ratio of 13.5 and an average of 19.1. His 24 wickets against the Warriors is the most by a bowler against them in CPL. 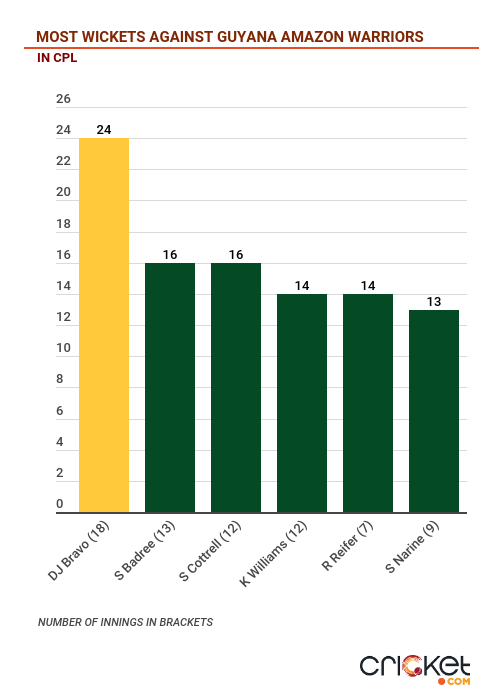 Despite a poor start to the season, the X-factor in these numbers of Bravo suggest he is not a player to be dropped.

Our Criclytics player projector suggests he would pick 0-3 wickets and score 7-24 runs. 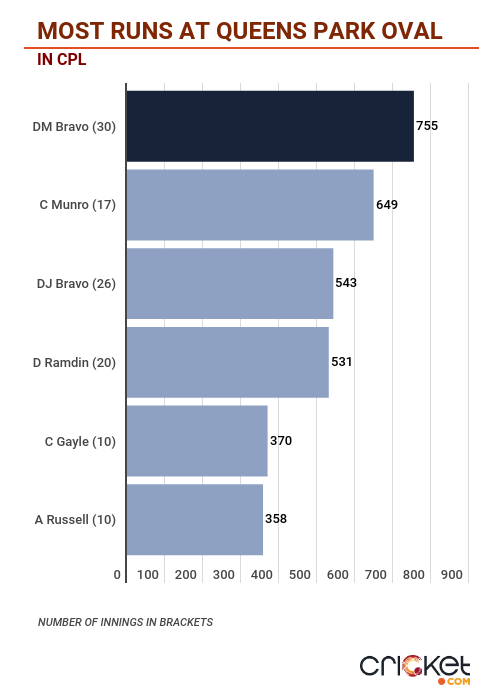 Darren Bravo’s record against the Guyanese is also one of the factors of consideration. His 422 runs against Guyana is his personal best against an opponent. There is no element of doubt that the Bravo brothers are certain X-factors in the match against Guyana.

IMRAN TAHIR: The wily old leggie has been a vital cog in the Guyana outfit this season. With their batsman not firing, there lies a lot of burden on the experienced Tahir. This season, his 9 wickets is the joint second-highest taken by a bowler.

Our Criclytics player projection predicts he would pick 0-3 wickets.