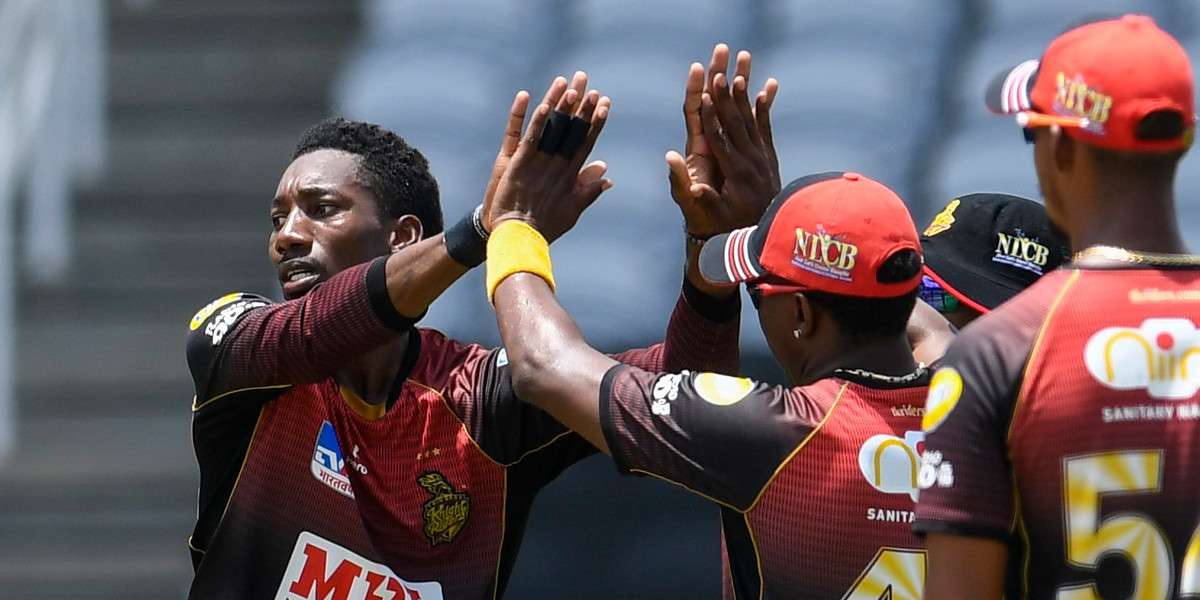 Jamaica Tallawah failed to stop the Trinbago Knight Riders juggernaut, as the Kieron Pollard-led side decimated Rovman Powell and Co. by nine wickets in the first semi-final of the Caribbean Premier League 2020 at the Brian Lara Stadium, Tarouba on Tuesday (September 8). Jamaica were no match to Trinbago who stretched their winning streak to 11 games this season and confirmed their spot in the final.

Asked to bat, Jamaica lost four wickets in the first six overs and could never recover from that collapse. Trinbago spinners did a phenomenal job and restricted the Tallawahs to just 107/7 in 20 overs. In reply, Lendl Simmons (44-ball 54*) and Tion Webster (43-ball 44*) put on an unbeaten stand of 97 runs to help Trinbago chase down the total in 15 overs.

Earlier, Jamaica got off to a worst possible start as they lost Jermaine Blackwood (0) and Glenn Phillips (2) inside two overs. They didn't have a single left-hander in their batting line-up and as expected, Trinbago skipper Pollard once again started with two left-arm spinners - Akeal Hosein and Khary Pierre. The plan worked to perfection as they got rid of both in-form openers in no time.

Blackwood tried to go after Hosein but ended up getting knocked over, while tournament's leading run-scorer Phillips was caught at backward point in the very next over. And, for some reason, Jamaica sent out Mujeeb Ur Rahman (0) at No. 3 but the ploy didn't work as the Afghanistan spinner fell to Hosein while playing a reverse-slog in the third over. The pressure kept building on the Tallawahs as they kept losing wickets. Asif Ali (4) became Hosein's third and final victim as Jamaica were reduced to 28/4 by the end of six overs.

Nkrumah Bonner was the only one who looked comfortable against spinners and batted with a positive intent. The 31-year-old announced his arrival with an eye-pleasing cover drive and then tonked Pierre down the ground to keep the scoreboard ticking. Bonner pounced on almost every bad delivery and scored over 67 percent of the total runs in the first 10 overs. Pollard was once again outstanding with his bowling changes and kept attacking Jamaica with spinners.

Bonner, along with Powell, did manage to steady the ship by adding 38 runs for the fifth wicket but didn't find much support from his partner. The time was running out for Jamaica as they needed to up the ante, but they suffered a yet another setback as Bonner (42-ball 41) was knocked over by legspinner Fawad Ahmed. The Tallawahs desperately needed Andre Russell to fire but before the dasher could stamp his authority, like he had done so many times in the past, he was wrongly given out. Russell was caught at first slip but the replays suggested that it came straight off the pad. It was Narine who got the all-important scalp of Russell.

16 of the first 18 overs were bowled by spinners who not only kept taking wickets but also didn't allow Jamaica to score at a decent rate. The Tallawahs were operating at less than five runs per over, and even Powell and Carlos Brathwaite found it very difficult to get going. It was Powell who smoked the first six of the innings in the 18th over but the Jamaica skipper was dismissed for a 35-ball 33 on the very next delivery.

Brathwaite (13*) scored just 7 off his first 19 deliveries before he smashed the final ball of the innings for a maximum. For Trinbago, Hosein and Pierre scalped five wickets between them, while Narine and Fawad too chipped in with two important wickets.

Jamaica desperately needed early wickets and it was once again Mujeeb who did the job for them. The mystery spinner knocked over Narine in the second over and became the tournament's leading wicket-taker. After losing Narine early, Simmons and Webster batted smartly but weren't over defensive. The two scored at a good rate and even went after Mujeeb, Veerasammy Permaul and Sandeep Lamichhane whenever the opportunity arrived.

Simmons was slightly more aggressive with his approach, while Webster was more sedate. Permaul and Mujeeb were economical but failed to break the partnership. Even Russell tried his luck but got slammed for 25 runs in his two overs. Simmons completed his fifty in the 15th over with a superb back foot punch through extra cover before Webster clobbered consecutive boundaries in the same over and finished things off in style. 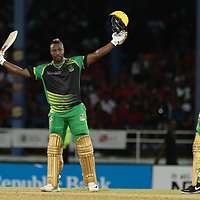