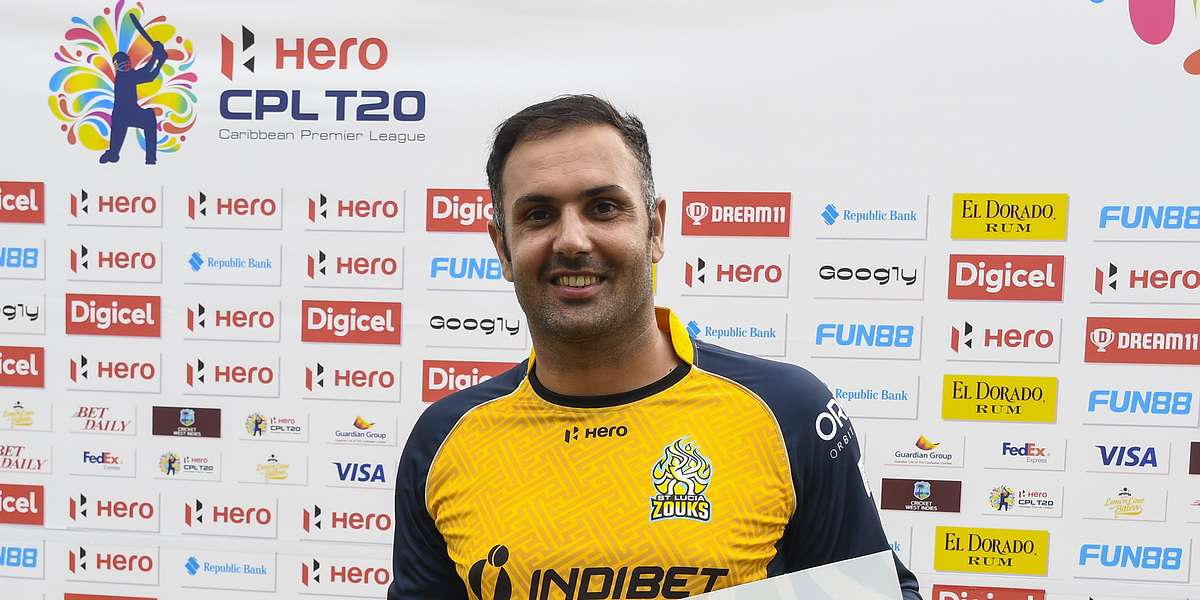 With both Trinbago Knight Riders and St Lucia Zouks having already qualified for the CPL 2020 semi-finals, Match 27 will be more about carrying the momentum going into the business end of the tournament. The Knight Riders are on a roll having won all eight of their matches while Zouks, who are in 3rd position now with 10 points have a chance of finishing in the top two.

Zouks though will have to be at the top of their game in order to get past the Knight Riders who they haven’t been able to beat even once in the last five encounters between the two sides. 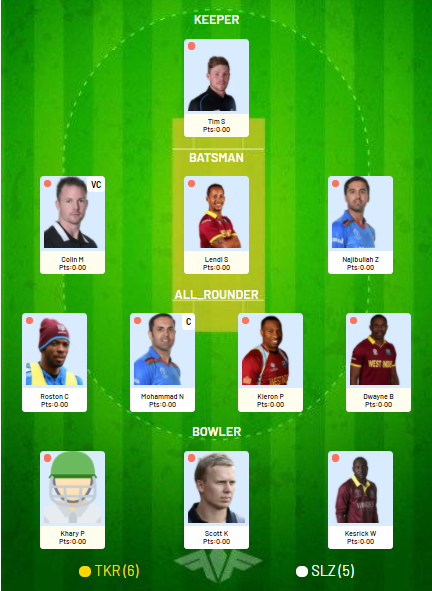 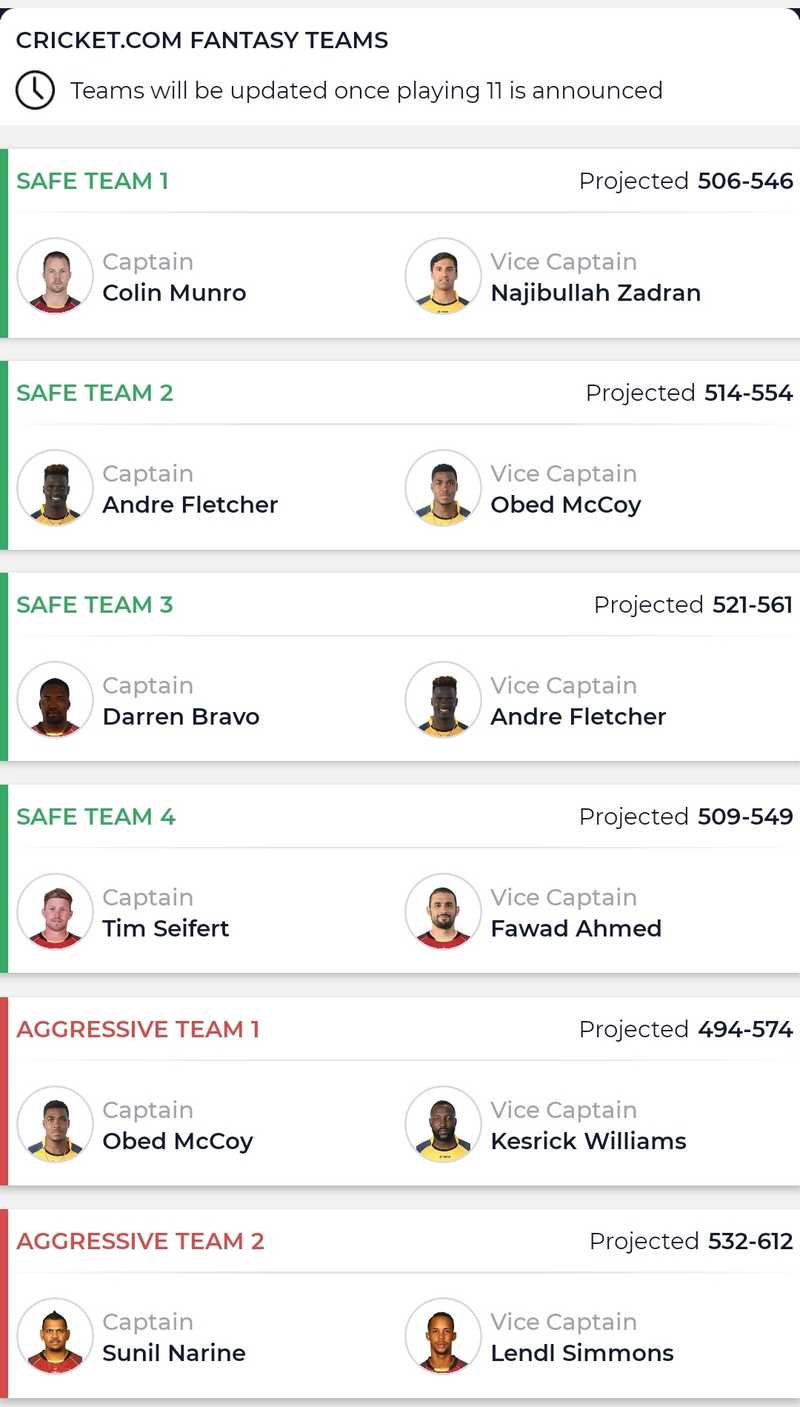 It is no secret that the Brian Lara stadium surface has supported bowlers this season. The surfaces have been slow and run-scoring a challenge.

In 16 matches played at Tarouba this season, batsmen have scored at 22.1 runs per wicket with the bowlers managing a wicket every 18.3 balls. The average first innings score so far in CPL 2020 at Tarouba has been a lowly 135.

The nature of the pitch has behaved quite differently in the 1st match of the day as compared to the 2nd. The batsmen have enjoyed batting a bit in the 1st, whereas, it has been an absolute struggle for the batsmen in the next one. 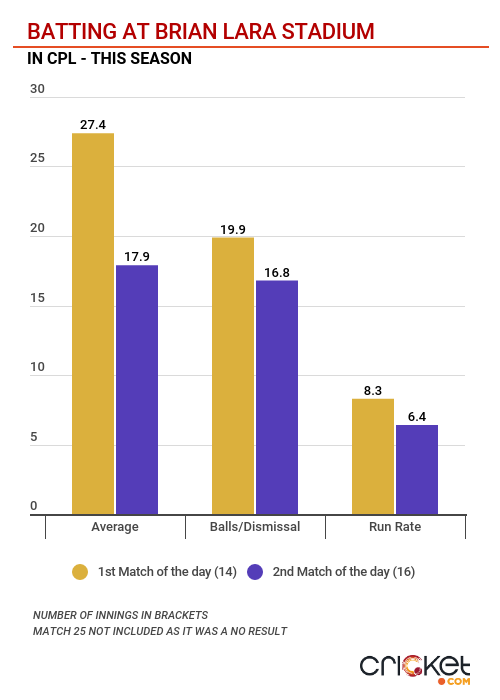 The pacers have done marginally better than the spinners at Brian Lara Stadium this season. They have bagged 53.2% of the wickets as compared to 46.8% by spinners and have a better balls/dismissal ratio. Packing it with bowlers and allrounders should do the trick. 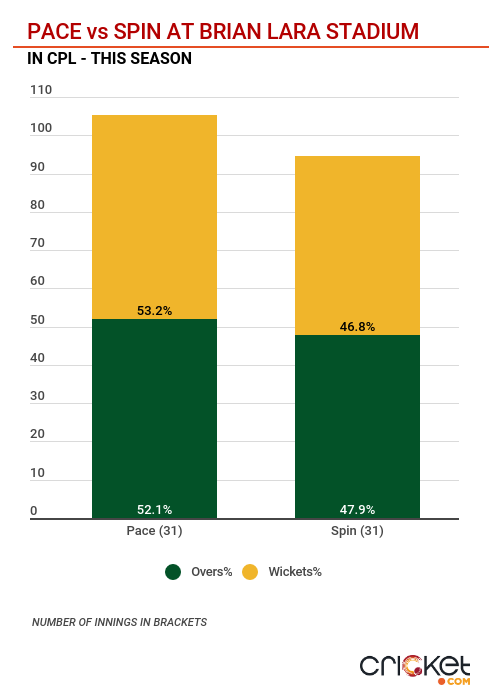 The pacers have picked 84 wickets to fall at this venue during CPL 2020 striking every 19.7 balls as compared to spinners who have a strike rate of 20.6.

For Knight Riders, their batting has been top-notch while Zouks’ bowling has led the way so far this season. You could, in that case go for Knight Riders' top-order batsmen such as Lendl Simmons, Colin Munro and Darren Bravo.

Among the allrounders Roston Chase, Kieron Pollard and Mohammad Nabi are some of your choices while Zouks’ pace bowling duo of Scott Kuggeleijn and Kesrick Williams could be considered.

Two of the most esteemed ambassadors of T20 cricket, Nabi and Bravo have been on equal terms when facing each other. Bravo has been amongst the wickets and Nabi has scored over 50 runs at a good strike rate. 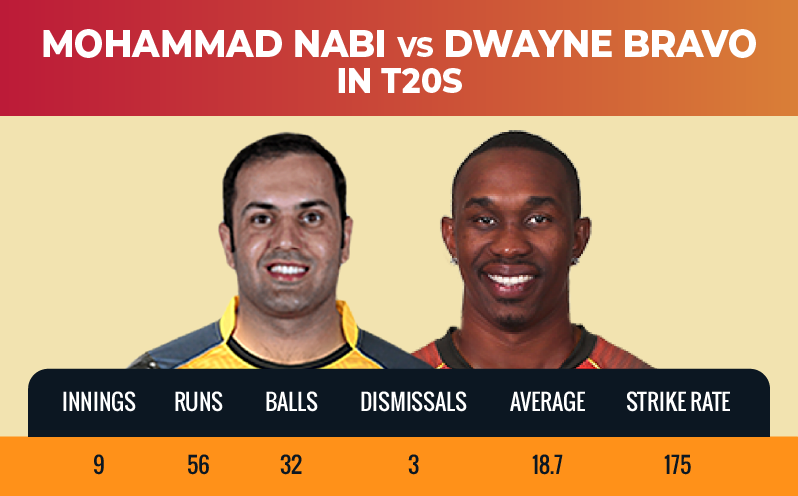 Cornwall sure likes batting against Pierre in T20s. In the three innings he has faced him, Cornwall has scored runs at a staggering strike rate of 207.1. 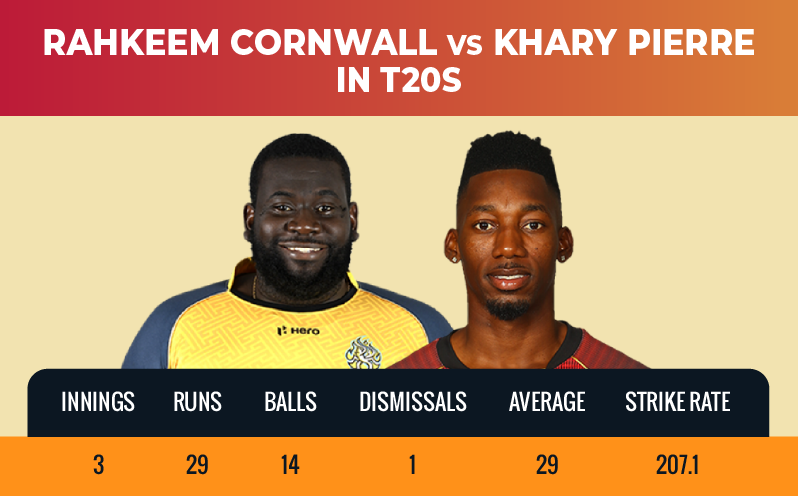 Williams maybe one of the best bowlers for Zouks this season, but his record against Munro isn’t a great one. The left-handed opener has scored over 100 runs in 8 innings at a strike rate of 216.7 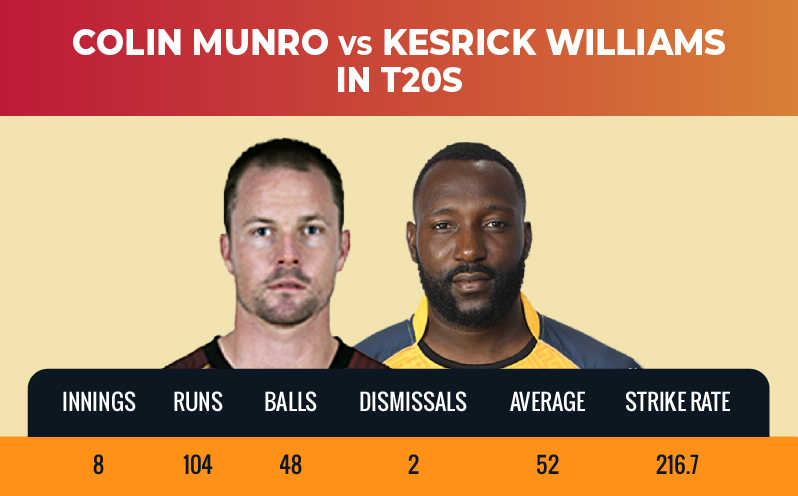 MOHAMMAD NABI: Nabi has been the shining light for the Zouks in CPL 2020. He’s scored runs, taken wickets and most importantly, done it with consistency. With these kind of power-packed performances, it hardly comes as a surprise that he has bagged the most Man of the Match awards this season. 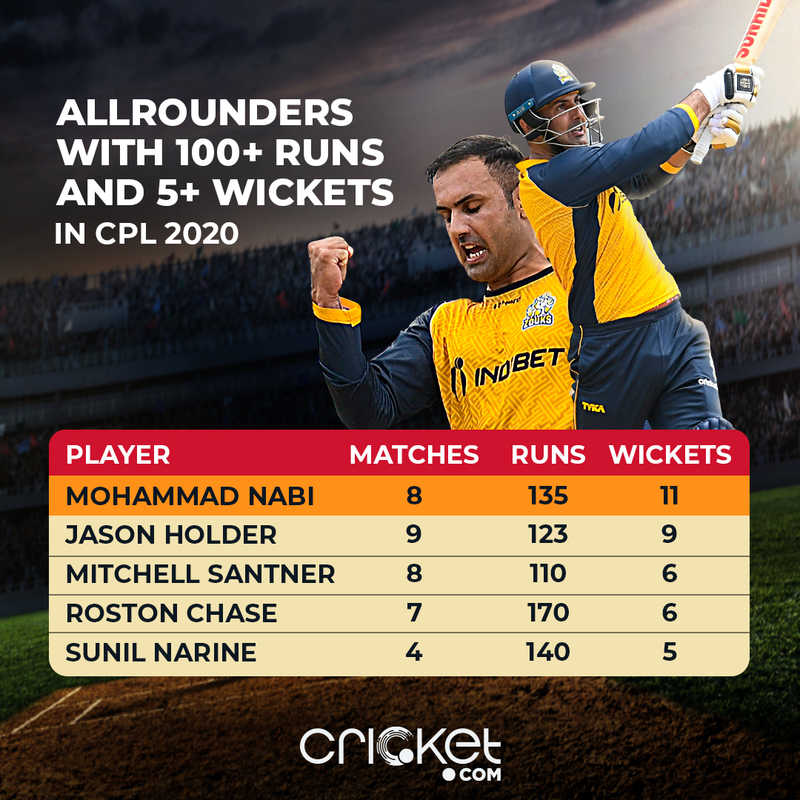 Zouks’ 2nd highest wicket-taker and 3rd highest run-scorer, Nabi has so far this season picked 11 wickets at a bowling strike rate of 15.3 and scored 135 runs at an average of 27. His economy of 4.9 is truly remarkable. With credentials like these, it is tough to look beyond Nabi as the captaincy choice for the match against Knight Riders.

Our Criclytics player projection says Nabi will score 8-25 runs and pick 0-1 wicket in Match 27 of CPL.

COLIN MUNRO: Munro has been a consistent performer for Knight Riders in recent times having scored over 1000 runs in CPL since 2018. The left-hander has carried that form into this season too. The 2nd highest run scorer for Knight Riders in CPL 2020, Munro has scored 207 runs in 8 innings averaging 34.5 which includes two scores of 50+. Munro has a good record against the Zouks and will be keen on continuing his run come Saturday.

According to our Criclytics player projection, Munro would score 19-40 runs in Match 27 of CPL 2020

SCOTT KUGGELEIJN: In a season where spinners have ruled the roost, fast bowler Scott Kuggeleijn has been terrific on surfaces which haven’t really suited him. Another reason why you should have Kuggeleijn in your side, is his excellent record at Tarouba. He has picked 11 wickets in just 5 innings at this venue striking every 9.9 balls. Only Imran Tahir has more wickets than him at the venue this season.

Kuggeleijn has picked wickets with the new ball and at the death and is one bowler who you can surely rely on giving you a lot of fantasy points.

KIERON POLLARD: That Knight Riders are unbeaten this season is a lot down to how well Pollard has led his troops. In addition, he has performed with the bat almost each time his team has needed him. 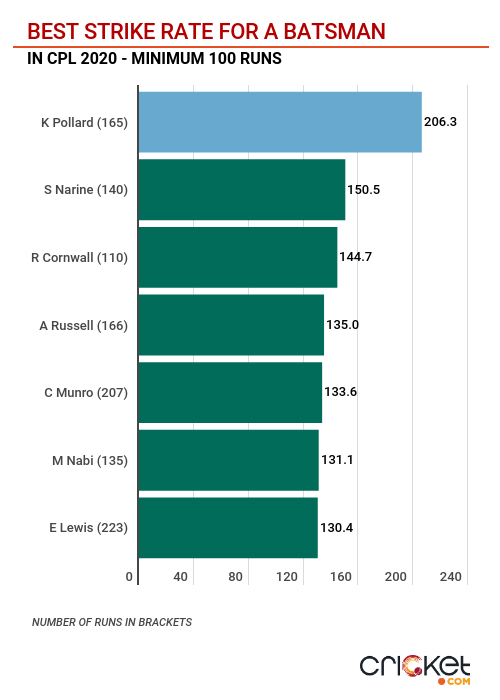 In 7 matches so far, Pollard has stroked 165 runs at an average of 55. What stands out here is his colossal strike rate of 206.3 which is the highest for any batsman with more than 100 runs this season.

Pollard has been a key component for the Knight Riders and he will be keen on extending his side’s winning run.

Our Criclytics player projector says Pollard will score 16-33 runs in Match 27 of CPL 2020.