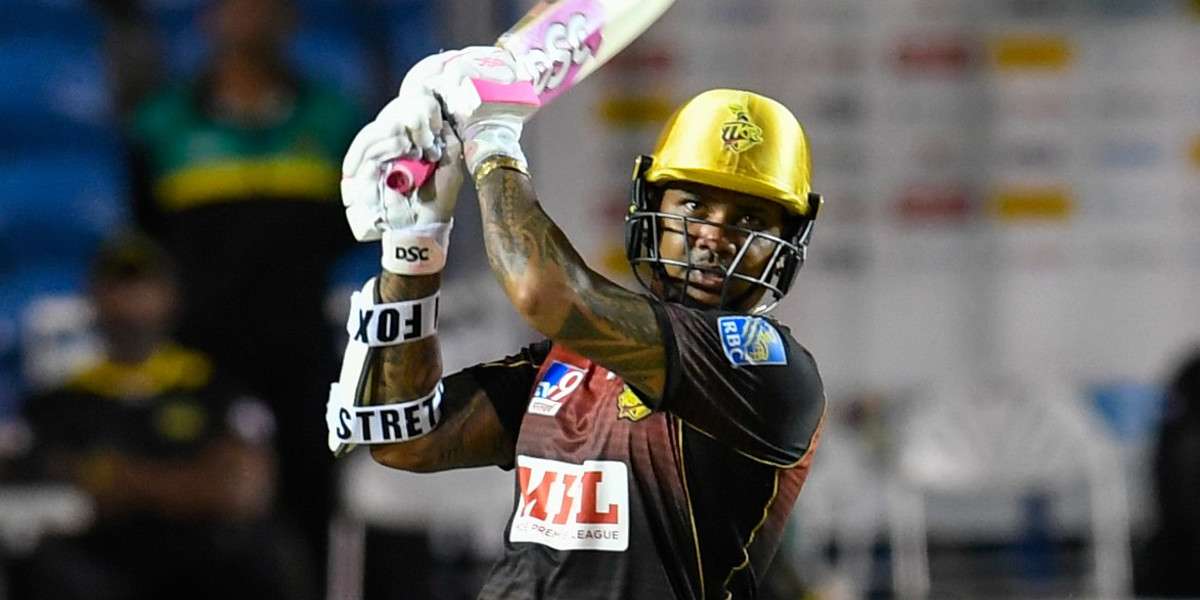 The table-toppers, by some margin, Trinbago Knight Riders will take on Jamaica Tallawahs in the first semi-final of the Caribbean Premier League 2020 at the Brian Lara Stadium, Tarouba on Tuesday (September 8).

The Kieron Pollard-led side have been dominating and fierce this season, and are coming into the all-important semi-final after having won all of their 10 group-stage encounters. Meanwhile, Jamaica have been superb in phases and have had some outstanding individual performances, but Rovman Powell and Co. have failed to click as a unit.

Both Trinbago and Jamaica are solid on paper, but Pollard's men have been much more dominant this season. Trinbago defeated Jamaica both the times in the league-stage and they did it quite comfortably. In the first encounter, Jamaica were undone by Sunil Narine's all-round brilliance. Meanwhile, in the second game, Andre Russell scored a blistering half-century but Jamaica still went down by 19 runs. 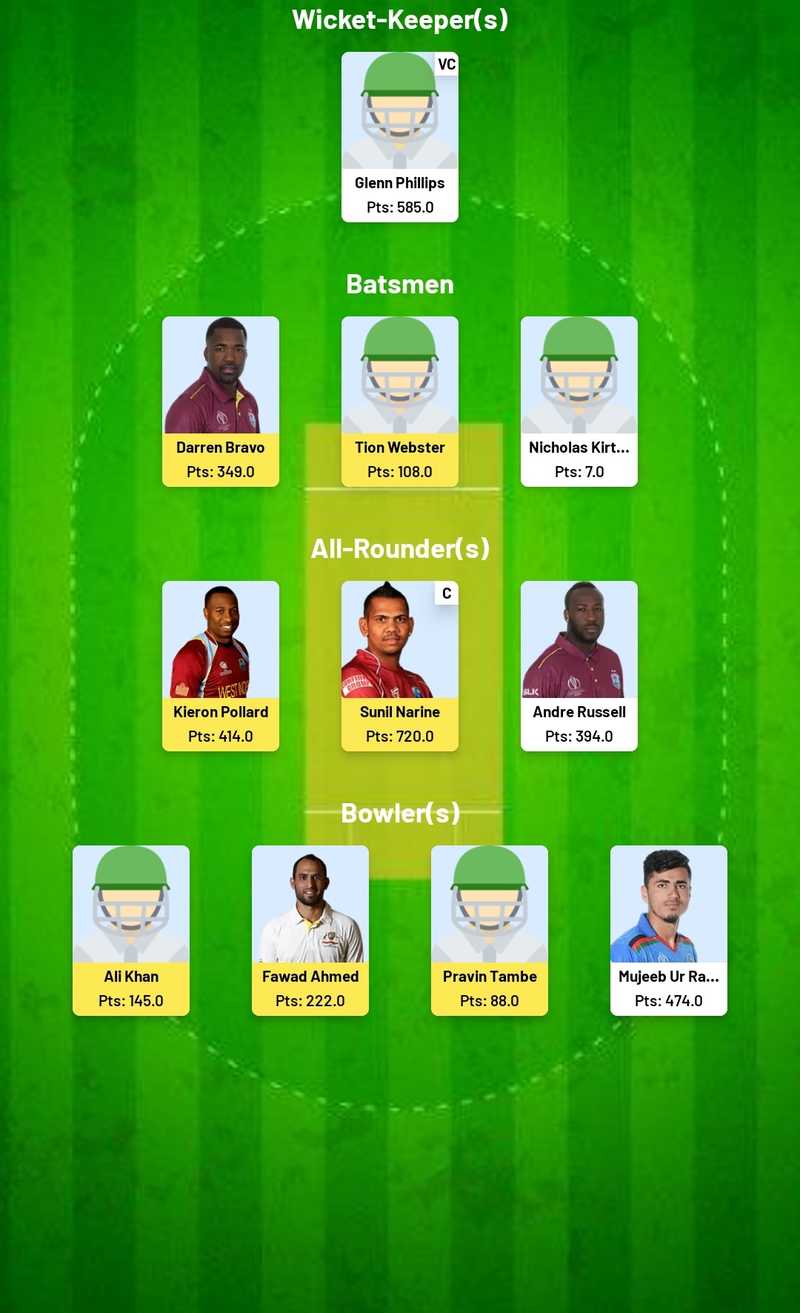 While you could go for the above team, you also have the option of choosing your team from Cricket.com Fantasy Research Centre. Based on algorithms we come up with six different teams that could fetch crucial points. 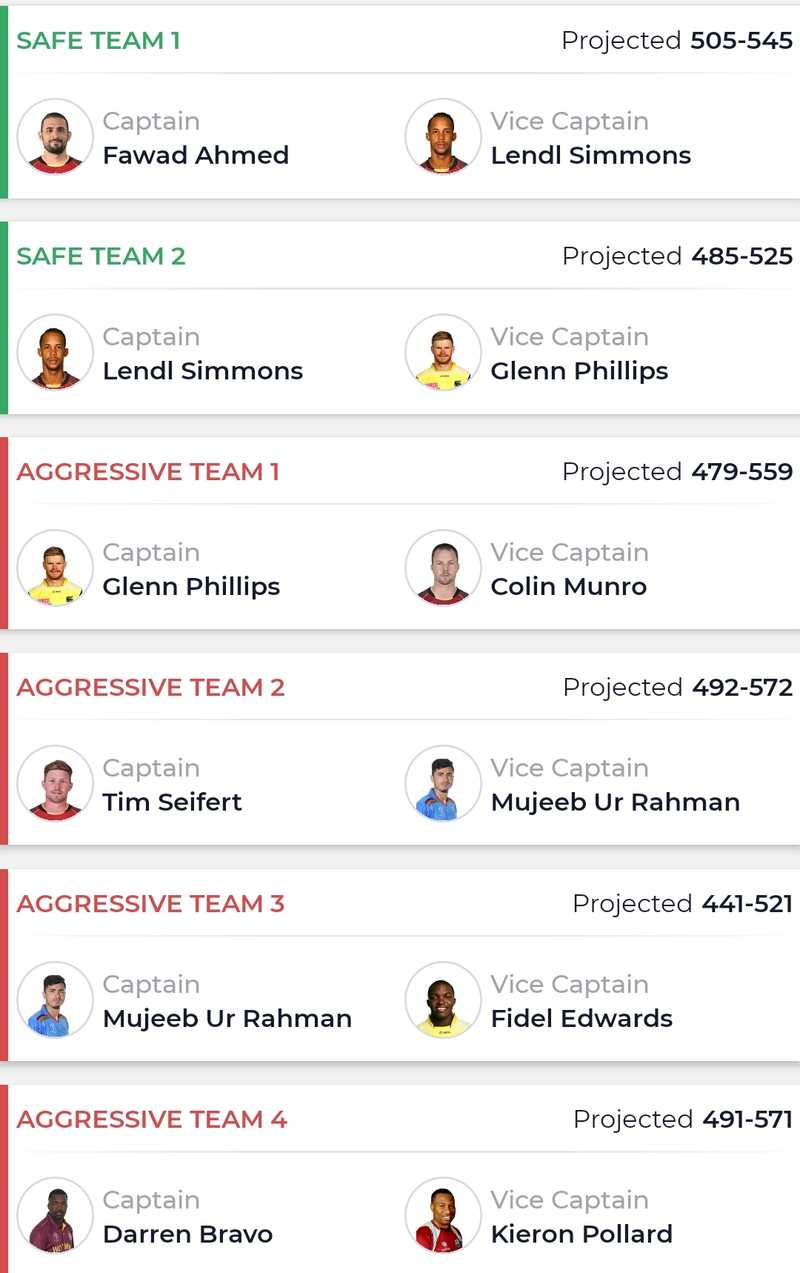 The Brian Lara Stadium has hosted 20 matches this season, with the average first innings score being 141. Batsmen here have scored at an average of 22.5 and a run-rate of 7.3. The balls per dismissal here is 18.6.

The surface has witnessed a lot of cricket in the last few weeks and batting here hasn't been quite easy. It would be better if you opt for a bowling-heavy side for the first semi-final.

The spinners here have been slightly more successful than the fast bowlers. They have picked up wickets at an average of 21.6 and have leaked runs at an economy of just 6.2 this season, compared to 25.9 and 8.2 respectively of the seamers. The pacers however have a better strike rate (19) compared to the tweakers (21.6).

It would be ideal to pick up as many spinners as possible and you have some world-class bowlers to choose from. Players like Fawad Ahmed, Sunil Narine, Pravin Tambe, Mujeeb Ur Rahman, Sandeep Lamichhane, and few more would surely do well on this surface. At the same time, it would be ideal to keep at least one decent fast bowler in your XI. 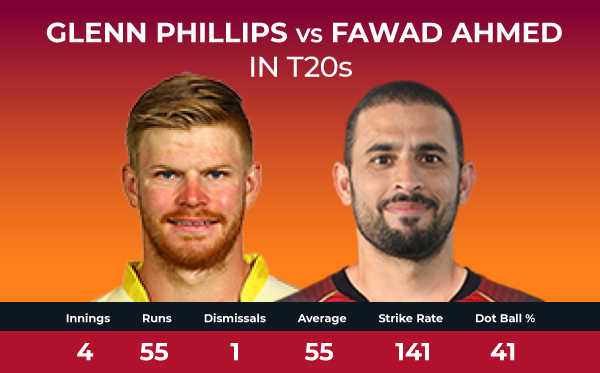 Glenn Phillips has been in solid form this season and the wicketkeeper-batsman from New Zealand has done well against legspinner Fawad Ahmed in the past. 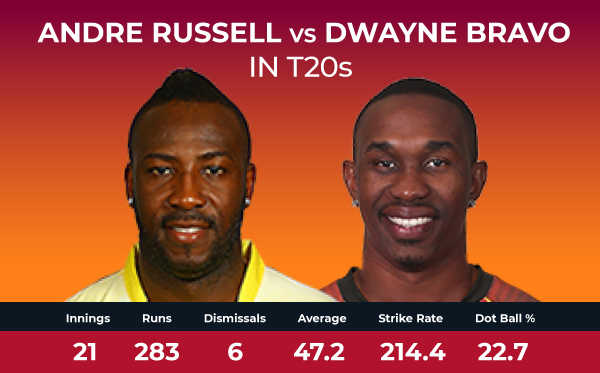 Andre Russell has a superb record against Dwayne Bravo in T20s. The dynamic allrounder has scored almost 300 runs against Bravo and that too at a strike rate of 214.4. 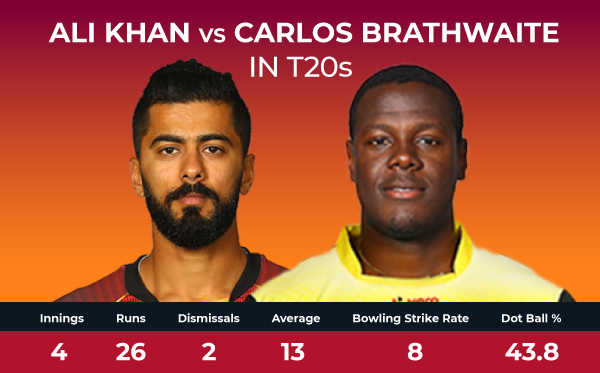 Sunil Narine has a solid record against Jamaica in the CPL. Since 2018, the left-handed opener has scored 155 runs at an average of 25.83 and a strike rate of 158.2 against Jamaica. Apart from that, he has also picked up five wickets. Earlier this season, Narine smoked 53 against the Tallawahs and then followed it up with a quickfire cameo of 29 in the second group-stage game. He also scalped two wickets in these encounters. He has been in pretty good form this season and has chipped in both departments.

No other batsman has scored more runs than Glenn Phillips (1145) in the last three editions of CPL. The wicketkeeper-batsman is once again the leading run-scorer this year, having scored 314 runs at an average of almost 40 and a strike rate of 127.64. He is someone who could get you crucial points not just in front of the stumps but also behind.

Mujeeb Ur Rahman has been amazing for the Tallawahs this season. The fingerspinner from Afghanistan is currently the joint highest wicket-taker this season. Mujeeb has taken 15 wickets at an average of 13.26 and a strike rate of 15.2 in this edition. On top of that, he has operated at an economy of just 5.23. He bowls most of his overs in the powerplay and no other bowler has a better record than him in the first six overs since 2018.