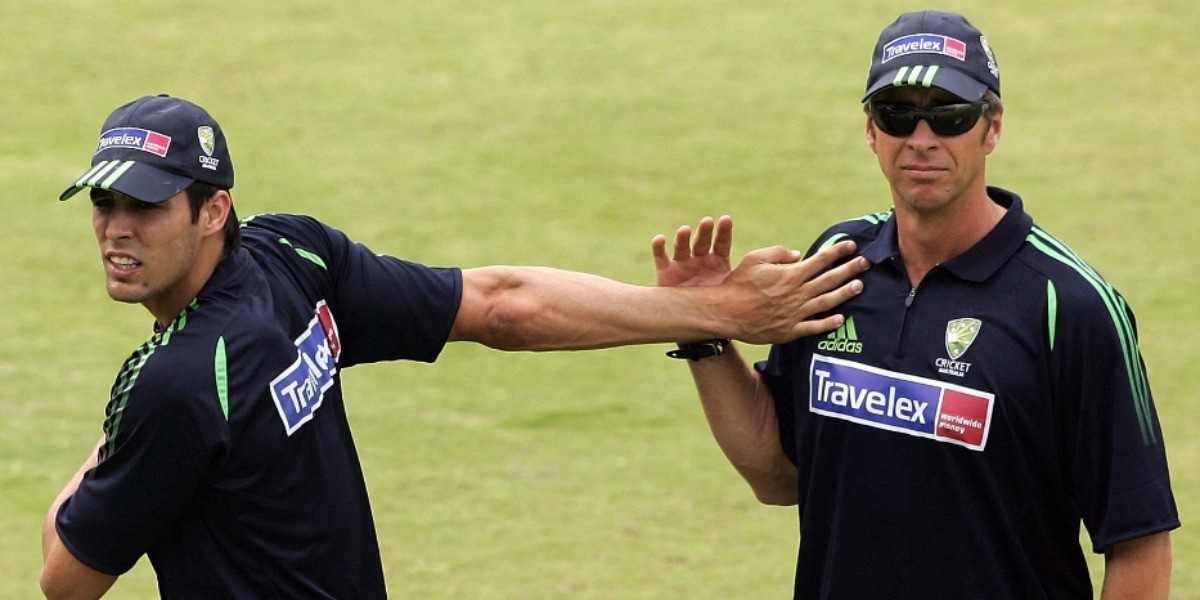 The BCCI is all set to appoint decorated Australian coach Troy Cooley as fast bowling coach at the National Cricket Academy with an aim to create country's next generation of speed merchants.

Cooley is considered one of the best fast bowling coaches in world cricket. His biggest moment of glory came as England's bowling coach during the historic 2005 Ashes where the home team's fast bowlers became a nightmare for the Aussie batters.

The success of Andrew Flintoff, Matthew Hoggard, Simon Jones and Steve Harmison was attributed to presence of Cooley in the English dressing room and his role in plotting the Australian downfall.

"I would say one of the biggest success for both Sourav (Ganguly) and Jay (Shah) is to convince Troy Cooley to work with India's next batch of pacers at the National Cricket Academy (NCA)," a senior BCCI official privy to development told PTI on conditions of anonymity.

"We are hearing that BCCI is giving Cooley a three-year contract and he will closely co-ordinate with head of Cricket VVS Laxman.

After his massive success in the English fold in 2005, Cooley was roped in by Australia very next year and he worked till 2010-11 season after which he joined Cricket Australia's Centre of Excellence in Brisbane.

With Ishant Sharma, Mohammed Shami and Umesh Yadav, all in the wrong side of 30s and possibly will be around only for another two years, the BCCI is already planning on how to prepare the next crop of fast bowlers and one of the decisions set to be taken is an 'Exclusive Young Pacers Contract'.

It is understood that Ganguly, Shah along with head coach Dravid and NCA head Laxman is trying to devise a contract that is exclusive and different from central contract.

It is learnt that Cooley and Laxman will hand-pick 10 young fast bowlers, who are currently not in the national reckoning or do not have central contracts.

These young pacers will be hand-picked from the junior and first-class cricket and handed 'BCCI fast bowlers' contract.' They will be evaluated by Dravid and Laxman to see if they can be fast tracked into the pathways team (India A) and then senior team.

Former India players Hrishikesh Kanitkar and Shiv Sunder Das are back in the National cricket Academy fold in their familiar role as batting coaches. The third batting coach in the group is Sitanshu Kotak, who is set to travel to South Africa with the India A team.

Former Mumbai leg-spinner Sairaj Bahutule will be the spin bowling coach while the three fielding coaches employed by the BCCI for NCA specific role are Subhadeep Ghosh, T Diliep and Munish Bali.