Twilight of the God 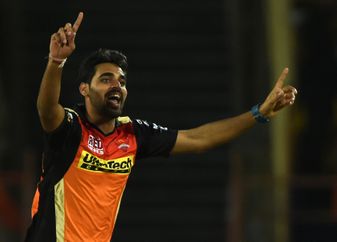 Twilight of the God

Bhuvaneshwar Kumar is one of the best death-overs bowlers in the world. We know this. Or do we?

Sunrisers Hyderabad played its first game of the 2019 IPL season, against Kolkata Knight Riders, on March 24. Batting first at the Eden Gardens, SRH put on a creditable 181/3.

An aberration, the commentators said -- Bhuvi having a rare off day; it happens to the best.

Against Rajasthan Royals, Kumar bowled before the death; his over, the 13th,  went for 11. He did not bowl again in the innings, preferring not to complete his quota and ending with 3-0-25-0.

Across three games this season, Kumar thus has bowled three death overs; those 18 balls have gone for a total of 76 runs including 10 fours and two sixes.

Slow start to the season? Or an early indication that one of India’s premier death overs specialists is struggling? A few datasets help shed some light. In three matches in the 2019 season, Kumar is yet to take a wicket. Consider his record, in the graph above: At his peak, in the 2016 season, he was striking at the rate of a wicket once every 21.6 deliveries. Last year, it was one in 52 deliveries. This year, he is still waiting for his first victim. Again, the graph is self-explanatory, and startling. Kumar used to go at 8.05 runs per over at the death – which is brilliant, in context of the nature of the shortest form of the game. That was at his peak. In 2018, that economy rate had escalated to 10.15 – still decent, but not eye-opening. This season thus far, Kumar is going at 18 RPO and the only word for that is, disastrous.

Now put both data points together. The value of a death bowler is the ability to send down tight overs that are difficult to score of; that leads to pressure, and the pressure in turn leads to wickets. As things stand, both these vital measures are trending in the wrong direction. So where lies the problem? The first clue to where Kumar’s performance is suffering lies in his speeds. He started out rated as a medium pacer, but by dint of working on his mechanics, he moved up the ranks into the ‘quick’ category, capable by 2017 of averaging in the 140+ range, and hitting speeds of up to 145k when he needed to. That fell, sharply, in 2018 – and injuries and time off from the top echelons since the last IPL game clearly haven’t helped. One reason Bhuvi, like the other great death bowlers, was so effective was the ability to bowl the perfectly disguised, perfectly timed slower ball.

The thing with slower balls though is, it works when your overall pace is on the high side. Thus, a slower ball coming on the back of two 140+ deliveries causes the batsman to mistime, to mishit.

A related aspect, that cannot however be quantified by available data at this point, is this: It was not just the speed, and the length, that made Kumar so deadly dangerous; it was that coupled with these two factors was the third – the ability to move the ball sharply, both in the air and off the wicket. This meant that invariably, batsmen ended up playing the wrong line; it opened up the edges and made wickets all the more possible. Noticeably, in the three games in this season, that ability to move the ball seems to have deserted

Data quantifies what is going wrong with Bhuvaneshwar Kumar – but only the bowler himself, and his coach, can tell you what the root cause is. An imperfectly healed injury? A change in action that has impacted on peak performance? Or just the wear and tear associated with playing at the highest level since he made his India debut, back in December 25, in a T20 against Pakistan in Bangalore?

We can only speculate, but there is this: On identifying the cause of Kumar’s visible decline, and reversing it at the earliest possible, depend a large part of India’s bowling hopes in the upcoming World Cup, where the death overs pairing of Jasprit Bumrah and Bhuvi Kumar firing on all cylinders is the fan’s dream. 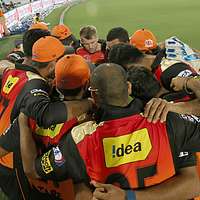