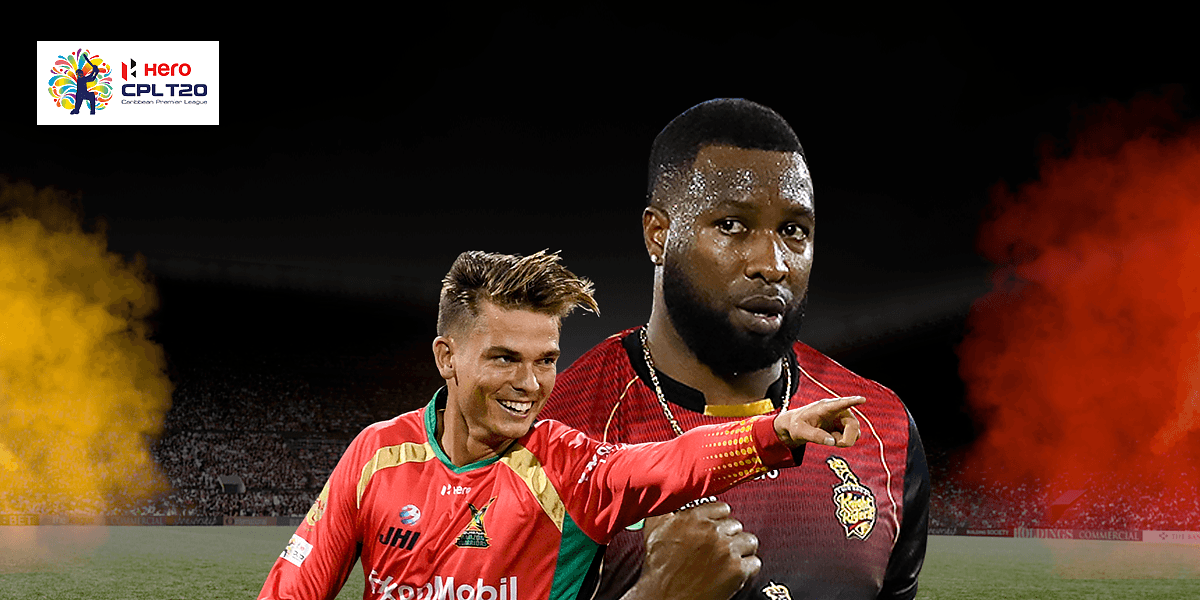 Back in March, the world of cricket came to an abrupt halt. Since July there has been a resumption in normalcy through Tests and ODI cricket in England. Now, with the Caribbean Premier league a day away, the wait for T20 cricket is over.

Under the new normal, travel bubbles and closed doors have become a norm. It is one thing to not have spectators cheering a Test, it will be a glaring absence during a T20 game. Afterall, the birth of T20 as a format was to generate crowds and lure new followers to the game.

Having said that, the viewers in their homes will be eager for the resumption of the youngest format of cricket. And, nothing better than having the two batting powerhouses up against each other to kick start T20 again.

The CSK of CPL

Though associated with the Kolkata franchise in the IPL, the Trinbago Knight Riders are like the Chennai Super Kings of the CPL. Never once have they failed to qualify to the playoffs since the start of the league in 2013. They also have three trophies to show for their enviable record.

In Colin Munro and Fawad Ahmed, the have the best batsmen and bowler statistically. No other batsmen with a minimum of 10 innings has a better average than Munro’s 40.7 in CPL. With 567 runs, he was also the leading run-scorer in the league in 2018 season. Fawad’s bowling record of 15.6 balls per wicket is better than by any other spinner in CPL and at par with Guyana’s Imran Tahir.

Add the T20 veterans in Sunil Narine, Dwayne Bravo and their skipper Kieron Pollard and it becomes a group with a strong core. What they lack are quality pacers. An economy rate 11.6 in overs 16-20, the worst among all teams in the 2019 season, reflects this weakness. 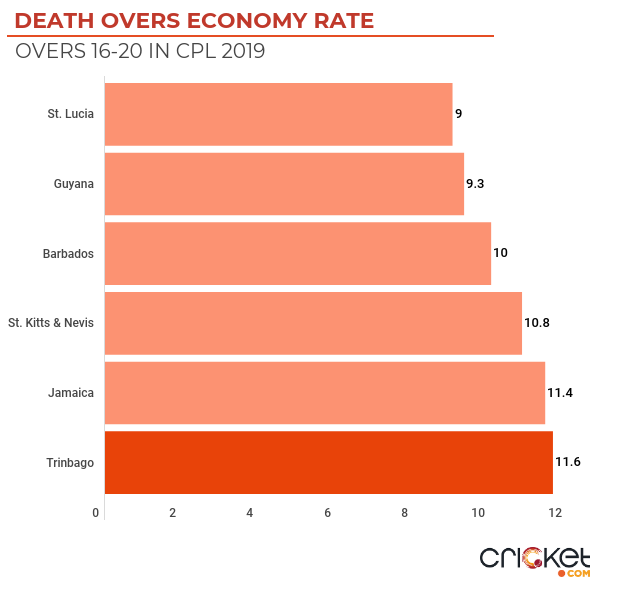 The return of Bravo and an addition of another mystery spinner in Pravin Tambe have strengthened their bowling reserves. But, it might not be enough to fill the glaring difference during the death overs.

The undisputed leaders of so close and yet so far

In seven seasons of the tournament, Guyana Amazon Warriors have made it to the finals on five occasions. But, their trophy cabinet stands empty after losing all of them. They did everything right in the last season, winning all the eleven games until the final. On the big day, their batting powerhouse let them down against Barbados Trident, a team whom they had beaten thrice earlier in the season.

If the Trinbago have most of the Caribbean T20 veterans, Guyana possesses the future. At the top of the order, Brandon King was the leading run-scorer in the 2019 edition adding 496 runs. In the middle-order are Nicholas Pooran and Shimron Hetmyer, the two of the most talked-about future stars of the T20 game. With all-round options like Keemo Paul and Sherfane Rutherford, Guyana have slowly, if not already, taken over Tribago as the team with the best domestic talent in CPL.

The experienced Shoaib Malik led the team well in the last season. As he is busy with an international assignment, Chris Green will don the captaincy hat this season. On the bowling front, both Green and Tahir are among the top-5 bowlers in CPL.

Among the big-5 domestic T20 competitions in the world, the spinners have the best economy rate of 6.9 in CPL. Having some of the best T20 spinners going around, Trinidad and Guyana were among the better spin bowling teams in the 2019 season.

In a double blow to the opposition, these two sides are also the best while batting against spinners. 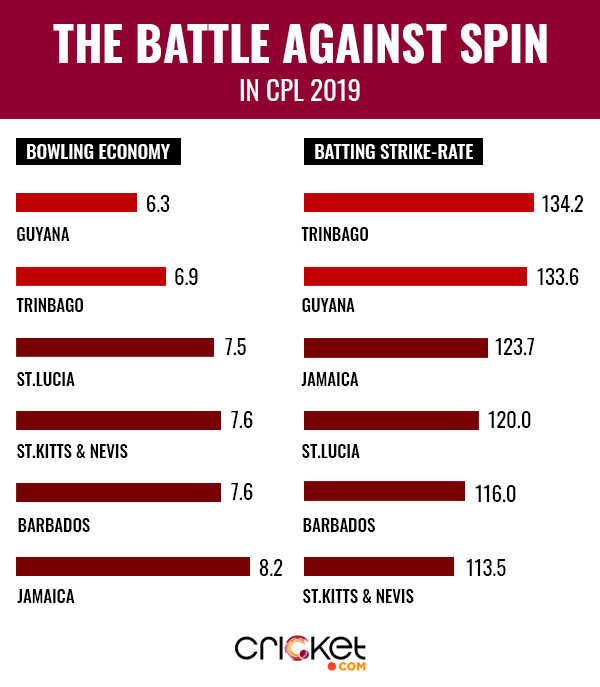 Their attacking approach against spin puts these two batting units on the top of the ladder of overall strike-rate in 2019 as well. However, this picture is a partial truth for Trinbago. 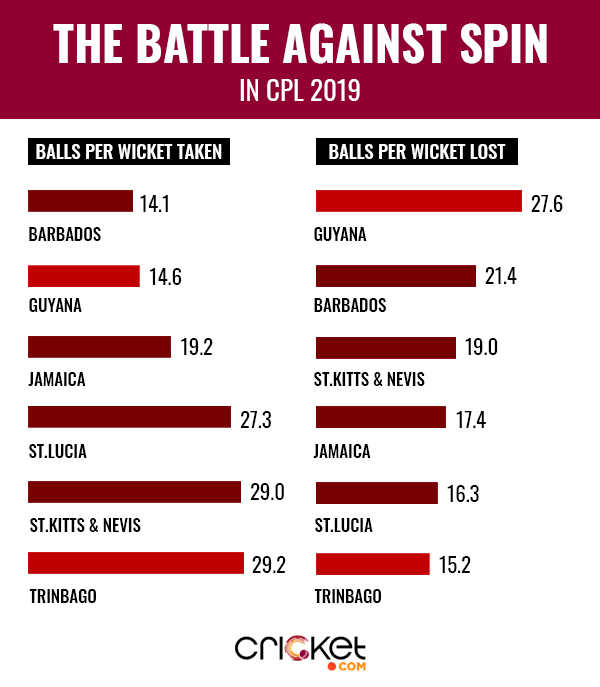 While the spinners have helped them keep the run-rate down, wickets have been hard to come by for them. Moreover, while their batsmen have attacked the spinners, the approach has been costly on securing the wicket front.

From an overall perspective, Guyana have a more robust squad than the team they are up against. Trinbago’s fortunes depend on two key factors: the ability of their batsmen to keep their wicket’s intact against the Guyana spinners and the performance of their pacers in the death overs.

For the fans, a battle of two star-studded line ups is a perfect return after a five-month hiatus from T20 cricket. 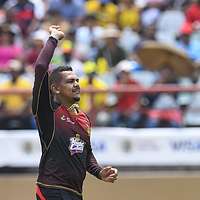 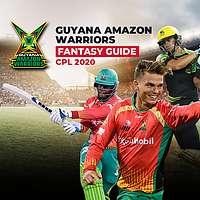