Two teams with nothing to lose, decide to lose it in style 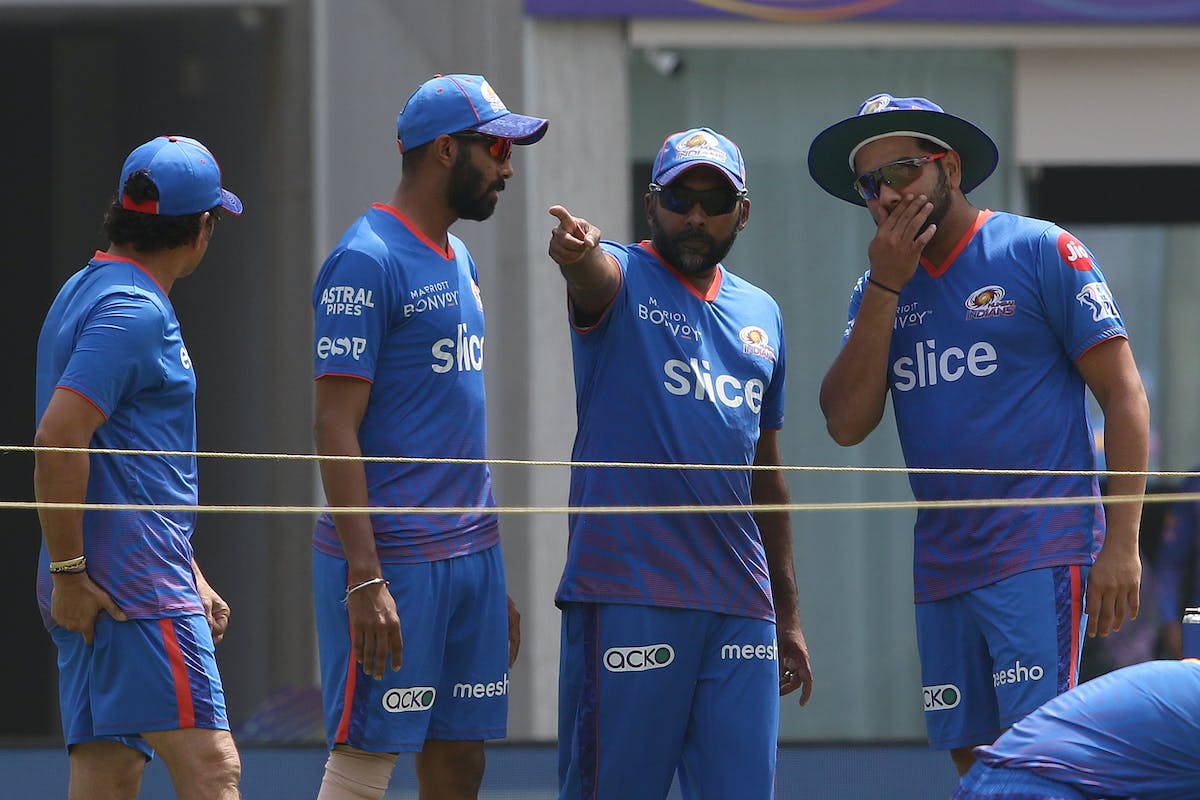 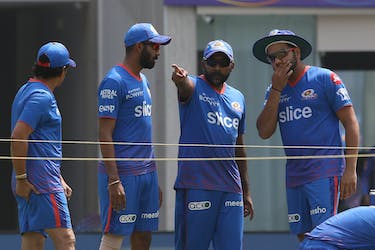 Two teams with nothing to lose, decide to lose it in style

To paraphrase Ravi Shastri, “It’s just what the defeats ordered”

Mumbai Indians (MI) and Chennai Super Kings (CSK) both agreed to skip another practise session on the eve of their match. Both teams also agreed not to use the phrase, ‘playing for pride’. Instead, they are determined to ‘enjoy the ride’.

Seated in the common room to lighten the heavy atmosphere, here’s what transpired:

MI coach, Mahela Jayawardene cut to the chase, “let’s not be delusional anymore. We are against CSK who if I know something always know exactly what they are about. So my guess is they know they are bad. They also know we are worse. We have to somehow up our performance to bad and theirs to worse.”

Mentor Sachin Tendulkar nods, “can I say something, I was just speaking to my driver. No, not the same guy in the Mutual Fund ad. Anyway, he asked me, what has gone wrong with Mumbai Indians, do they not believe in themselves anymore. I said, they believe in their future selves. That’s when his eyes popped like my driver in the MF ad. I explained to him, how MI is like a sci-fi film, set in the future, and to win next year’s IPL, they had to lose this one. Like how CSK won last year’s so they could lose this one. That’s when we both tightened our seat-belts”

Zaks claps his hands and snaps, “I’d like to keep it short, but you guys will have to vary your lengths”

Dewald Brevis chips in, “I have a cousin who’s 9-10 years old, back home they call him AB Baby square - seeing as you’re planning for the future, should he turn up?”

Finally, skipper, Rohit Sharma speaks, “I’m going for a net. Who wants to join can stay and talk…can come”

The two leave the room. For some reason, both players are wearing a mosquito net. Kieron Pollard explains they’re going for a fantasy cricket shoot, where they will have to say the words, “Yeh mein kar leta hoon”. Pollard’s Hindi accent rips into the sombre atmosphere in the room.

Meanwhile, Tim David (dropped after 2 matches) is sitting in a far corner. In another far corner is Daniel Sams with an economy rate of 12.64.

Ishan Kishan reluctantly raises his hand asking if he can speak – I think we need to put a price on our wicket.

For some reason, everyone finds this funny. Which is when Tendulkar pipes up, “Guys, a lot of people on social media have been comparing a third umpire’s voice with mine. I can either accept that and laugh or be upset. I choose to accept it. Ishan, you must accept that you went for this price…”

Arjun Tendulkar interrupts, “Dad, why must you play everybody’s dad all the time”.

DJ Bravo knocks at the door – Guys, I’m organising a musical net where we can all dance in the nets for a while. Do join us.

At the nets, Jadeja is doing his vigorous sword dance. Nobody else is present except Mitchell Santner who is sitting on a bench.

The MI team is quite upset calling it an ambush. Just then Dhoni walks out with a production crew. Uthappa and Gaikwad follow.

All these ads by the bottom-ranked two teams, the irony is not lost on the players.

After the shoot is wrapped, the two teams assemble for a team-building exercise. The exercise lasts two minutes, with silence maintained throughout.

A ball crashes through to break the silence. It’s none other than Surya Kumar Yadav’s doing. After the camera crew had packed up, SKY had decided to go for a net. He had convinced Santner to get off the bench and bowl to him. Santner who had played in 7 games across 3 IPLs was initially surprised someone wanted him to bowl, albeit in a net.

When everyone stepped out, they also spotted Shivam Dube who was turning on the heat. Riley Meredith, yet to get a game for MI yet, was spotted turning his arm over.

Rohit and MS smiled at each other, posing and embracing, both now being interviewed, speaking about how the IPL brought teams together. Rohit quipped, “especially losing teams”

Dhoni waxed eloquently, “Just when you think all is lost, the turnaround starts. Of course, as you know, I have changed my game. Not just in the ad but otherwise also…from a captain, now I’m a Marg Darshak.”

Jadeja joins, “Mahi Bhai has shown me a lotta margs, and it is a learning process for me…I know many times I look clueless but that is because I am clueless. Captaining a side is tough and will tell on performance…all this while everyone was after Virat but look at Rohit and me now…hope this is off the record (looking straight into the camera)

Both MS and Rohit crack up, and Jadeja joins in somewhat involuntarily, not quite knowing what the joke is.

In the background, Dube and SKY are pounding the bowlers.

Rohit: This SKY is too serious…pata nahi kai ko net karta (don’t know why he’s getting a net)

Dhoni: Dube too, very serious. Glad that I didn’t…I mean Jadeja didn’t give him bowling…otherwise he would be netting all day

Shane Bond walks past with a weak smile, followed by Stephen Fleming, bobbing his eyes, as if he’s just woken up.

Fleming: Certainly, we are up to it, what will be a great contest between two great sides.

Interviewer: Do you think CSK and MI have left it too late?

Fleming: No, I don’t think so

Interviewer: What will you be playing for

Interviewer: Is this a dig at Virat Kohli who Shastri called overcooked

Fleming refutes with a deadpan No and moves on.

Interviewer (to Rohit): Both you and Virat have scored less than 120 runs averaging only 19, what do have to say about that

Sanjay Bangar appears out of nowhere (diplomatic as ever): I think Rohit and Virat are just one innings away from a big score. By the time Bangar finished his sentence, everyone has walked off, including the interviewer.

In the far distance, batters were queueing up for a net.  Chris Jordan had ball in hand.

The Mumbai Indians issued a statement saying that Kieron Pollard retired from international cricket to focus on the make-or-break match vs CSK.