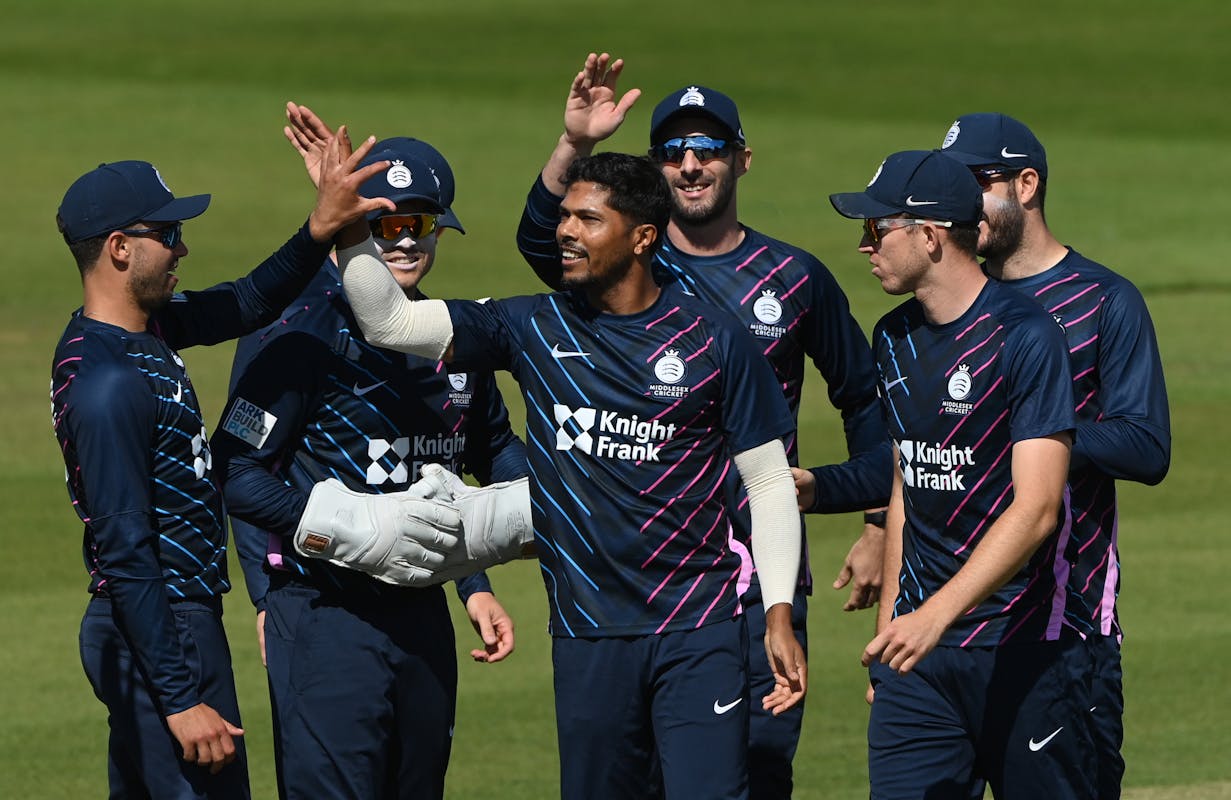 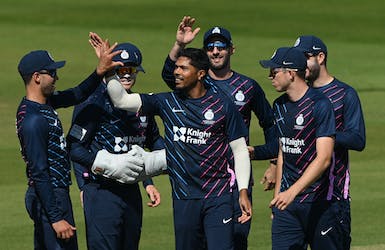 Umesh Yadav is rehabilitating at the National Cricket Academy (NCA) in Bengaluru after suffering a thigh muscle injury while playing for English county side Middlesex against Gloucestershire last month.

Yadav injured his quad muscles in the Royal London One-Day Cup match at Radlett on August 21 and then left for India for rehab. He will not be available for Middlesex's last two matches of the country championships this month -- against Leicestershire and Worcestershire, the club said in an official release.

"Middlesex Cricket regrets to announce that we have been made aware that Umesh Yadav will not be returning to London to finish the season with the Club and will play no further part in Middlesex's County Championship run in due to an ongoing injury to his quad muscle," the club said on its website.

"Yadav's injury was sustained whilst playing in Middlesex's last home Royal London Cup match of the season against Gloucestershire at Radlett (on August 21) and saw the right-arm paceman forced to leave the field of play and ruled out the Club's final Group A match away to Sussex in Hove."

Quad muscles are a group of muscles at the front of the thigh. The 34-year-old Yadav, who has taken 158 wickets in 52 Tests and 106 scalps from 75 ODIs, was scheduled to return to London on Saturday ahead of next week's trip to Leicester but Middlesex said it understands the situation.

"After sustaining the injury, the right-arm quick travelled back to India for an assessment with the BCCI's medical team, where he began treatment and rehabilitation on the injury whilst beginning a back to bowling programme under the watchful eye of the Indian national medical team.

"...we have been advised that his injury is still a cause for concern and that he is deemed to have not recovered sufficiently to handle the workload required in a four-day game, so will not be returning to the Club."

Yadav joined Middlesex in July to play for the club in both First-Class and List-A formats.