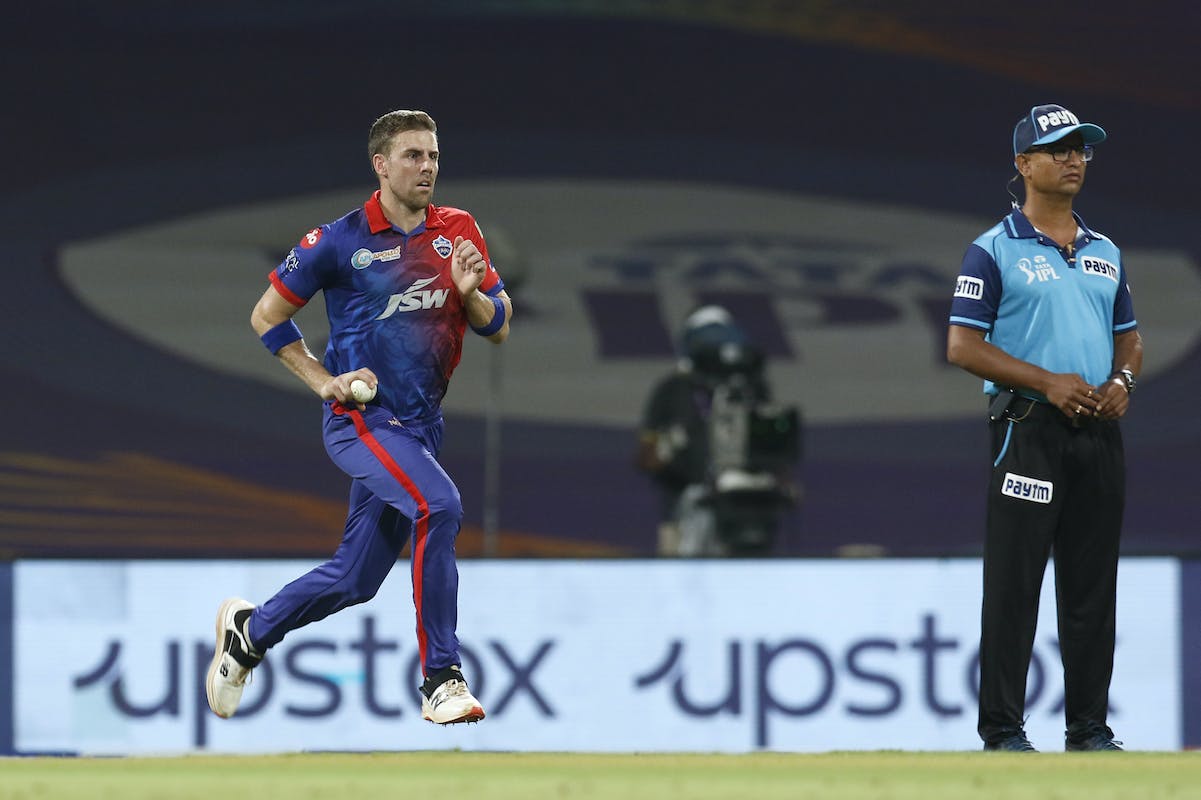 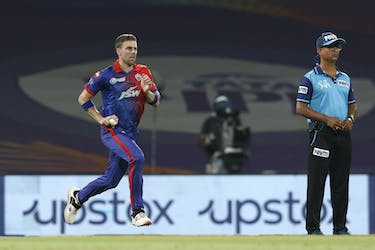 Umran Malik will surely play for India, but to survive the rigours of international cricket, raw pace alone wouldn't be enough, and the youngster will need to supplement his skills with quality execution, star South African pacer Anrich Nortje said on Friday.

Nortje, one of the fastest bowlers in world cricket and who has made a comeback in this IPL after a four-month lay-off due to a hip injury, spoke about the hardships related to his return and missing his new-ball partner, Kagiso Rabada.

When asked about his assessment of India's new pace sensation, who is regularly hitting upwards of 90 miles per hour, Nortje sounded cautiously optimistic.

"I am sure Umran is going to be one of the key players for India in the near future. Luck will also have to play its part. But most importantly, it's about the quality of what you deliver as we have seen fastest deliveries that are being awarded are going for boundaries," Nortje told PTI in an interview.

"It doesn't matter at what pace it is bowled. The pace is not the be-all and end-all.

"It is about the quality of execution. And I believe he is improving on that aspect of having control with pace. Also, at Sunrisers Hyderabad, under Dale (Steyn, fast bowling coach), Umran is in good hands. He has a lot of senior and experienced players around him, so he will certainly improve," the Proteas speed merchant said.

The current season hasn't been the best for Nortje as he got picked in only four of Delhi Capitals' 12 games, taking six wickets in them.

"It's been a long break, but it's good to be out there on the field with the team, and it was a long time at home. I needed a break at the start (of my injury) but got very long at the end, not knowing what's going on.

"It's a really good feeling to get going again and obviously trying to bowl at the level I was bowling," the 28-year-old said.

For fast bowlers suffering from hip injuries and stress fractures, building the rhythm is an important aspect, and Nortje is still not sure as to how much time it would take for him to hit the peak again, like the 2019-20 season.

"If I knew the answer I would have told you," he laughed.

"I am myself trying to figure out as well. There is obviously a balance between the amount we can bowl at this stage and so you can't really bowl 20 to 30 overs in a week really."

He spoke about his endeavour to build the muscle memory.

"Just trying to find a balance. The quantity of overs bowled will play a massive role later on but for now, just trying to focus on small things -- like trying to remember what I was doing right before I ended up injured in November. So trying to find that feeling, but it might take some time just to get on top of everything," Nortje said.

For now, Nortje is not trying to again hit the 95 mph, focusing instead on deliveries of better quality and then gradually build on the pace.

"The basics are about execution and the sort of quality of delivery as well and the recent focus is to try and get that quality up."

Nortje first played this season on April 7, but after a horrendous start, where he went for 35 in 2.2 overs against Lucknow Super Giants, Nortje next played on May 5, and since then, has turned up in three games.

"It is quite tough. It is also if you know where you left off and what team owners, and coaching staff expect from you, it's sort of you have to improve. Full credit to support staff as well for helping me get things back on track."

"In that first game against LSG, I had no rhythm, and then adrenaline kicked in, and it was a small issue (niggle). The next game that I played (after a month), I had rhythm, and my run-up was back.

"There were subtle changes and then it was about building on that. It was an eye-opener that game (against LSG). One or two things could have gone differently, and it would have been different."

Rabada and Nortje for two seasons were the most lethal new ball pair in IPL before his teammate was snapped up by Punjab Kings at this year's auction.

"It has always been good playing with KG and having him beside me on the field. But it is also nice to have a different challenge, new challenge for next three years.

"I enjoyed my time with him, and it will be nice to see him again. He has obviously done great stuff for the team, but it's a nice team composition what we have got now.

"It brings in a different challenge and I am enjoying that."

The advent of T20 with placid pitches has definitely affected swing bowlers and it is one of the reasons that a lot of wide yorkers and slow bouncers are being used in the shortest format.

"It's always hard with white ball as it doesn't always swing and conditions do not favour swing. On good batting tracks, it becomes even more difficult for swing bowlers, who probably in terms of speed, are a notch below the faster guys.

"Therein comes the change ups. You need a lot of training to perfect the slow bouncers or wide yorkers. Even fast bowlers, who some years back believed in consistently hitting the hard lengths, are also using the variations," he concluded.