Used Hooda in the powerplay to exploit Windies' weakness against offies : Dhawan 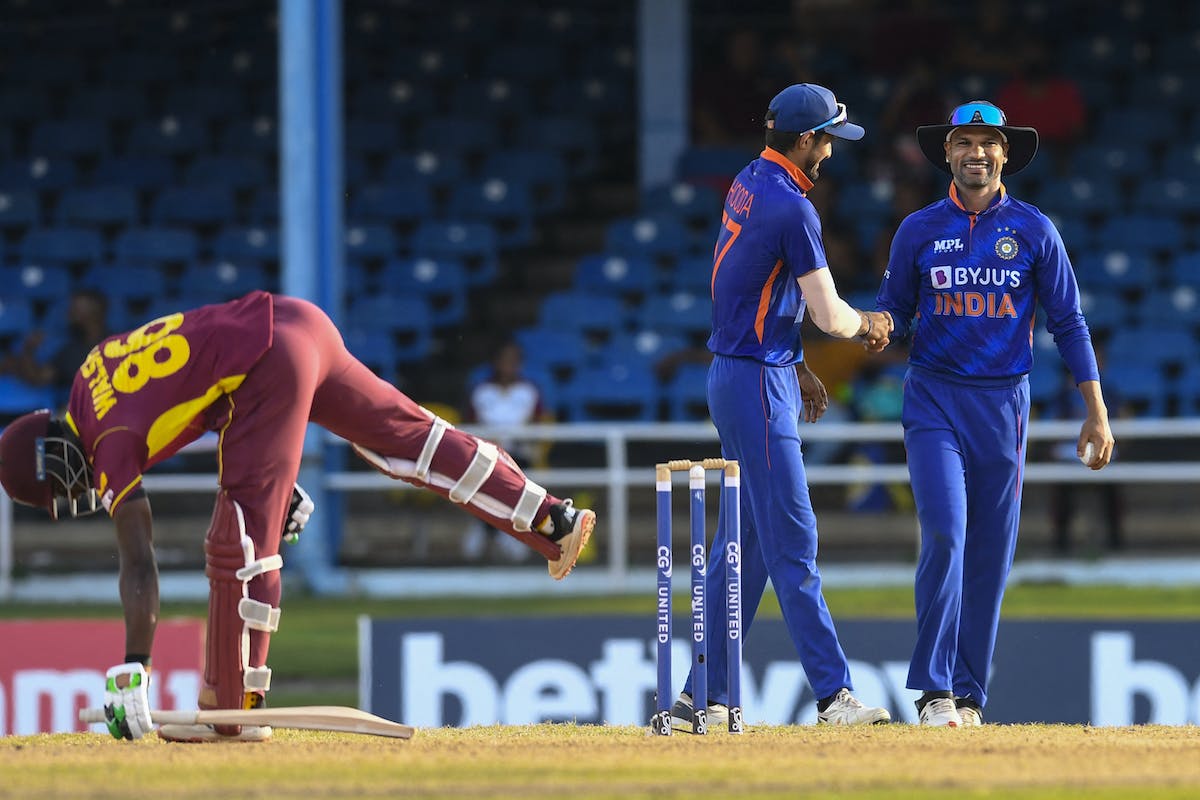 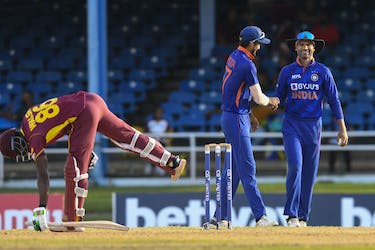 Used Hooda in the powerplay to exploit Windies' weakness against offies : Dhawan

In the rain-curtailed game in Trinidad and Tobago, skipper Shikhar Dhawan asked Deepak Hooda to open the bowling for India and that genuinely surprised everyone. However, Hooda managed to keep things tight from one end, helping Mohammed Siraj reap the benefit by dismissing Kyle Mayers and Shamarh Brooks upfront.

It wasn’t a decision that India took in a whoosh, rather a careful consideration of Windies left-handed batters’ struggle against off-spinners. Skipper Shikhar Dhawan applauded Hooda’s usefulness to the side while adding that him bowling the powerplay overs threw Windies in a shell.

“When Deepak Hooda came to the squad, he could play the role of an all-rounder. And the way he responded in the first couple of games, I understood that he could bowl even 7-8 overs. In the first two games, we witnessed their left-handed batters had some difficulties in facing the off-spinner and hence, we planned to use him upfront tonight,” Dhawan said in the post-match press conference.

Siraj was the wrecker in chief in the powerplay as the dismissal of Mayers and Brooks never allowed the Windies side to up the ante. Then Yuzvendra Chahal came to the party by taking down the middle-order batters one by one, hence ensuring a huge win for Team India.

“Mohammed Siraj’s self belief is tremendous,” Dhawan said. “He is a quality bowler. When I set a field, if he is not happy, he would directly come to me and tell me I want this field. I’m happy to give it to him. As a captain, you can’t ask for anything more, especially when you know the bowlers know what they want. Today, when he picked two wickets, his confidence was visible.”

“I am very very proud of the way we have played the whole series. Every game we have shown character and took the challenges as opportunities for all of us. There have been a lot of positives. From a batting perspective, Shreyas Iyer, Shubman Gill, and Axar Patel - all of them to have come here and score runs in a completely different condition after England is commendable. All the bowlers have done really well and the best part is we did well in both departments,” the Indian skipper added.