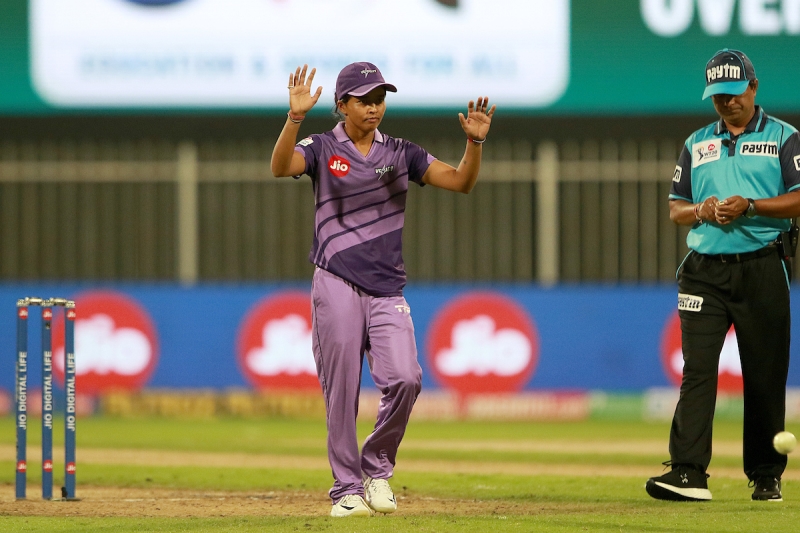 Led by two of India’s top cricketers in Mithali Raj and Smriti Mandhana, Velocity and Trailblazers will face off in a crucial Women’s T20 Challenge game on Thursday.

For Velocity, a win here and they will guarantee themselves a place in the final. On the other hand, if they lose here, all three teams will still be in with a chance of reaching the title clash.

When the two teams faced off during the 2019 edition of the tournament, it was Velocity who were victorious by three wickets. 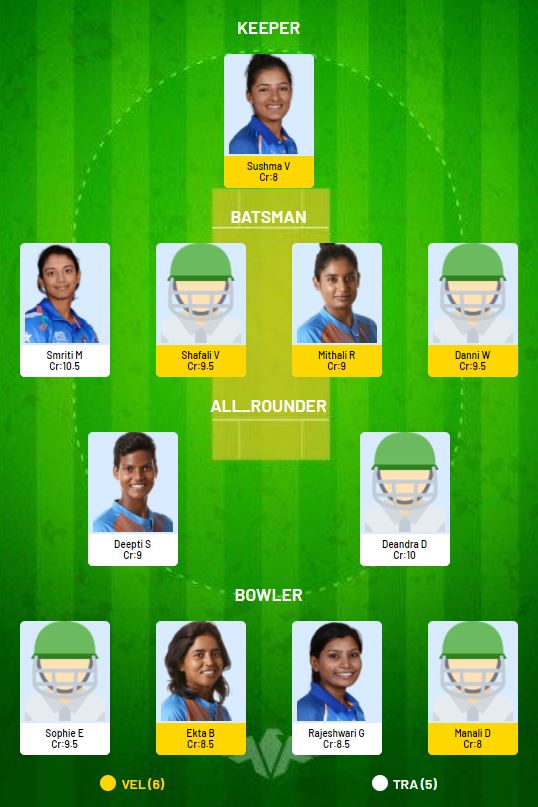 In the first match of the tournament between Supernovas and Velocity, a total of 255 runs were scored with as many as 13 wickets falling. A batting average of 19.2, with wickets falling every 18.4 deliveries indicate that the conditions in Sharjah favoured bowling slightly more.

Last season, when the tournament was held in Jaipur, the average first innings total was around 129 and, on Wednesday, it was 126. So, not much of a difference there.

In the contest on Wednesday, pacers took four wickets while spinners accounted for eight dismissals. Wickets matter the most in fantasy cricket, so you should look at picking more spinners in your side based on what happened in the first match.

Sune Luus, who was the Player of the Match for Velocity against Supernovas, doesn’t find a place in our team because of a couple of reasons. One being that we didn’t have enough budget and another reason being that she is batting at number six and if Velocity get a good start, then she might not get to face many deliveries.

Shafali Verma’s brilliance during the T20 World Cup earlier in the year helped India reach the final of that tournament for the first-time ever. In five matches at the tournament, Shafali scored 163 runs at an average of 32.6. The 16-year-old started this season of the Women’s T20 Challenge with a score of 17 against Supernovas and will be looking to put up a better performance in this match.

Smriti Mandhana was the second highest run-scorer in the 2019 edition of the Women’s T20 Challenge, despite featuring in only two matches and her team not making it to the final. This included an epic innings of 90 (67) against the Supernovas. By her standards, she had a poor World T20 campaign earlier this year and will want to get back to her best during this tournament.

Danielle Wyatt was Velocity’s top run-getter last season, with 89 runs from three innings. In the only game that the Mithali Raj-led side won in 2019, it was Wyatt who was the Player of the Match. She has had a subdued 2020 when it comes to performances in T20Is and was dismissed for a duck on Wednesday. Despite that, we feel it will be a risky move to not select her in your team.

Sophie Ecclestone had a very good World T20 campaign. At the tournament held in Australia, she took eight wickets at a magnificent average of 6.12. She has, actually, been one of the most consistent bowlers in T20Is in recent years. Since June 2018, she has bowled in 30 T20I innings and has gone wicketless just twice which is an incredible feat.