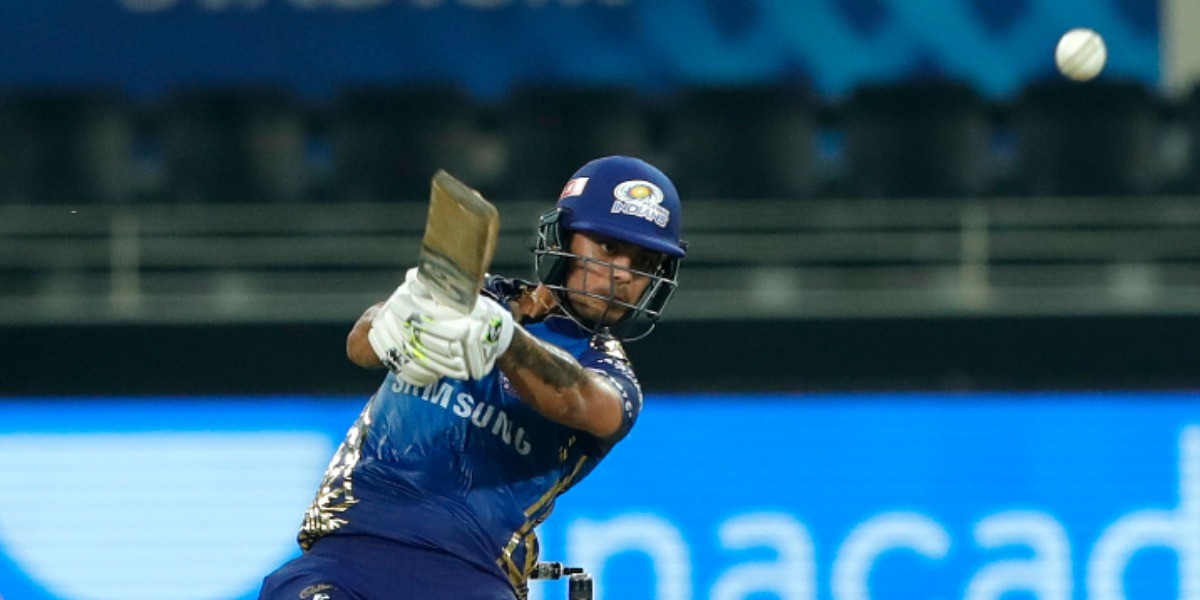 Skipper Ishan Kishan smashed a blistering 173 off just 94 balls to lead Jharkhand to a massive 324-run victory over Madhya Pradesh in an Elite Group B game of the Vijay Hazare Trophy, in Indore on Saturday.

Ishan, who has done well for his IPL franchise Mumbai Indians, served a timely reminder to the national selectors before the white-ball series against England, which comprises five T20s in Ahmedabad and three ODIs in Pune.

Invited to bat, Jharkhand posted a mammoth 422 for nine, shaped by Kishan's whirlwind knock, and then bundled out the opposition for a meagre 98 in 18.4 overs, with pacer Varun Aaron (6/37) doing the bulk of the damage.

After Jharkhand lost opener Utkarsh Singh (6) early, Kishan conjured up a 113-run second-wicket stand with Kumar Kushagra (26) to lay the foundation for a big score.

Kishan, who opened the innings, continued playing his shots before being caught by Shubham Sharma off Gaurav Yadav.

Courtesy Kishan's heroics, Jharkhand posted the highest total by an Indian domestic side.

However, there was more action in store as all-rounder Anukul Roy smashed seven sixes and three fours in his 39-ball 72 and ensured that his team went past the 400-run mark.

It was just a matter of time as they were eventually bundled out for 98 as their all top-order batsmen faltered.

Vishnu Solanki's stroke-filled century and bowlers' splendid show set up Baroda's five wicket win over Goa in an Elite Group A game as they kicked off their Vijay Hazare Trophy campaign on a winning note.

Invited to bat at the Kholdvad Gymkhana ground, Baroda bundled out Goa for 263 and then chased the target with nine balls to spare as they rode on Solanki's 108 off 132 balls and half centuries from skipper Krunal Pandya (71 off 77 balls) and opener Smit Patel (58 off 64 balls).

Baroda bowlers led by pacer Atit Sheth (3/50) and left-arm spinner Krunal Pandya (3/62) kept making in-roads even as Kauthankar did not get a steady partner.

Sheth and Krunal, were well complimented by pacer Lukman Meriwala (2/43), who was recently picked up by Delhi Capitals and all-rounder Babashafi Pathan (1/43).

Baroda lost opener Kedar Devdhar (0) early, but Smit Patel and Solanki rallied the innings with their 95-run stand for the second wicket to bring them back into the contest.

Solanki took on the Goa bowlers with utmost ease and hammered 12 fours and a six, and found an able ally in skipper Krunal, as they stitched a crucial 138-run stand for the third wicket.

Baroda lost Solanki and Krunal in quick succession, but Ninad Rathwa (10 not out) and Abhimanyusingh Rajput (6 not out) took them home in 48.3 overs.

Chasing 247 in the stipulated 50 overs, Uttar Pradesh had a slow start and were 150/4 in 32 overs, but then, the Kolkata Knight Riders left-hander took charge of the proceedings, hitting seven boundaries and one six in his 61-ball knock.

Rain halted play at 45.2 overs with UP placed at 215/4, which was nine runs more than the par score of 207, at the M Chinnaswamy Stadium.

UP's opening duo of Abhishek Goswami (54 off 67 balls) and Karan Sharma (40 off 74 balls) initially struggled to get going against the Karnataka new ball bowlers, Abhimanyu Mithun and Prasidh Krishna, managing only nine runs in the first five overs.

The pair put on a century stand but they lost three wickets for nine runs as the defending champions looked to seize the momentum, But Rinku turned it around with his brisk half-century.

Put in, a depleted Karnataka, who were missing the services of K L Rahul, Mayank Agarwal, Manish Pandey and K Gowtham, also got off to a slow start.

In the second match at Alur, Railways thrashed Bihar by 10 wickets with openers Mrunal Devdhar (105 not out) and Pratham Singh (72 not out) taking 29 overs to cruise to a 190-run target.

Opting to bowl, Railways exploited the conditions beautifully as pacer T Pradeep rattled the top six batsmen to reduce Bihar to 64/6 in 13.3 overs on the way to his 6/43, before his new-ball parter Amit Mishra (3/30) cleaned up the tail to bundle out Bihar for 189 in 45.5 overs.