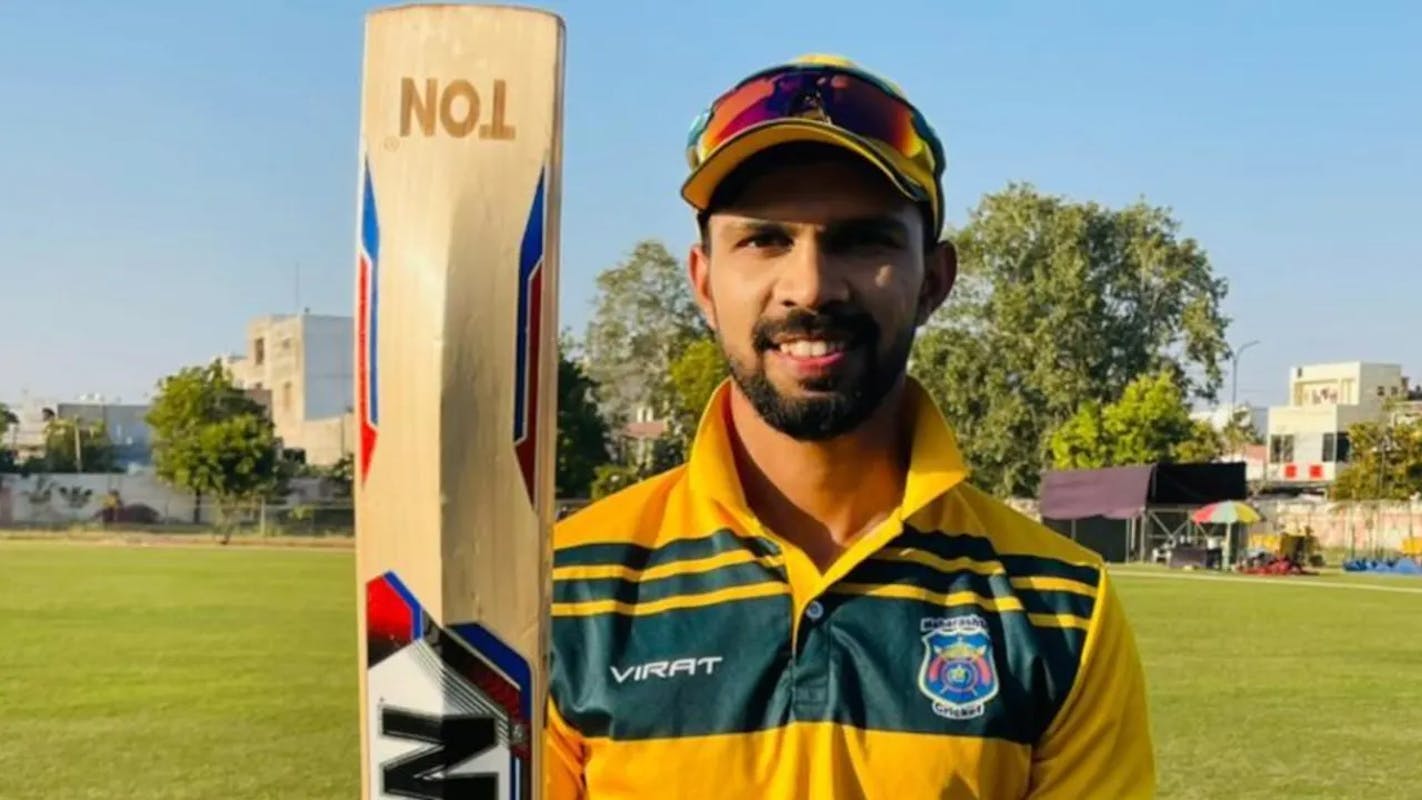 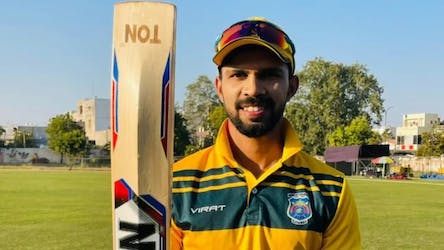 Unsurprisingly, players from Saurashtra and Maharashtra take up most of the space in our best XI

The only man on the planet to smash five consecutive centuries in List A cricket, Jagadeesan was at his absolute best in the 2022 Vijay Hazare Trophy. 114* vs Andhra, 107 vs Chhattisgarh, 168 vs Goa, 128 vs Haryana, and then that record-breaking 277 against Arunachal. You could argue that the highest individual List A score came against a side like Arunachal, but it’s something that’s never been done in the past. He failed against Saurashtra in the quarter-final, ending Tamil Nadu’s campaign. The 26-year-old ended the competition as the leading run-scorer, making 170 runs more than the second-best on the list. 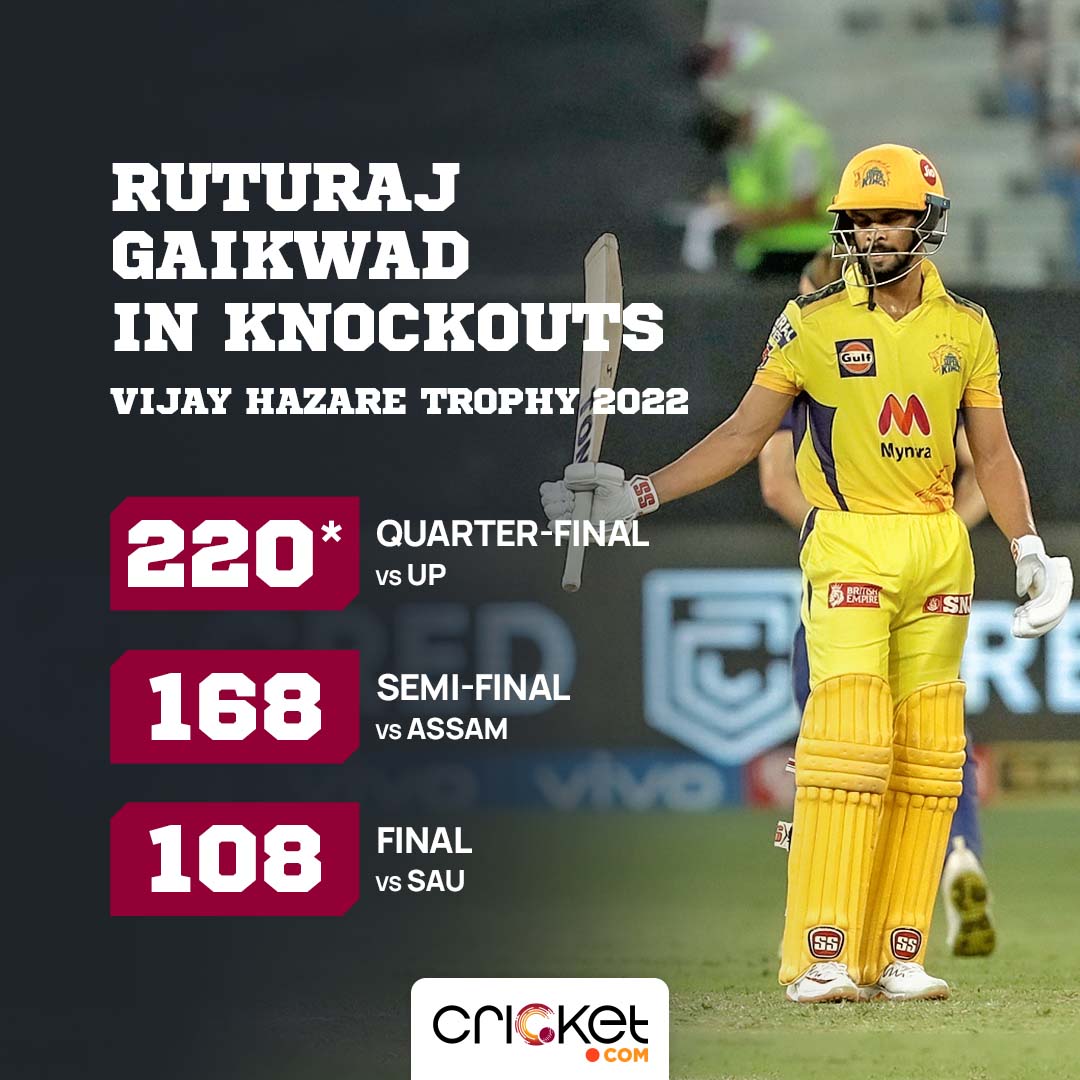 Do we really need to tell you why Gaikwad is part of our XI!? The right-handed opener from Maharashtra featured in only five games and still ended up as the second-highest run-getter. He was the biggest reason why Maharashtra made it through to the final for the first time in their history. 124* vs Railways, 40 vs Bengal, 220* vs Uttar Pradesh in the quarter-final, 168 vs Assam in the semi-final and 108 vs Saurashtra in the final - Gaikwad has been in a god-like form in the 50-over format. In fact, he has eight centuries in his last 10 VHT innings. Oh, did we mention Gaikwad also smoked seven sixes in an over?

The wicketkeeper-batter from Uttar Pradesh, who was part of India’s 2018 Under-19 World Cup-winning squad, didn’t just score runs in this competition but did that against quality opponents. He was the key reason why UP made it through to the quarter-finals, beating the likes of Gujarat, Hyderabad, Saurashtra and Mumbai. Juyal only scored 47 runs in his first three innings, but then came that hundred against Hyderabad and never looked back thereafter. He played a crucial knock of 31 in a close game against Saurashtra before slamming 82 in the preliminary quarter-final. However, his best knock came in a losing cause against Maharashtra in the quarter-final, in which he smacked 159 off 143 while chasing 330, where no other UP batter scored more than 33. Assam had a dream run in this Vijay Hazare Trophy, and Parag played a massive role in that. Another player from the 2018 Under-19 batch, the 21-year-old hammered three centuries and one fifty in the competition and also scalped crucial wickets with his off-spin. It all started with a century against Rajasthan as the runs kept flowing off Parag’s bat, but it was his knock against Jammu and Kashmir in the quarter-final that made him the talk of the town. Chasing 351, Parag clobbered 12 sixes and as many fours in his 116-ball 174 - the fastest 150 by an Indian in a List A knockout game. India are desperately looking for batters who can bowl, and Parag is someone who can rise through the ranks pretty quickly.

You already have Parag, who can give you a few overs of off-spin and then having someone like Shreyas Gopal in your top-five is gold dust. The 29-year-old didn’t score a single century but managed four 40-plus scores in eight innings. Against Rajasthan, the right-hander crafted 57 off 72 and helped Karnataka post a competitive score of 208 in Kolkata, which they went on to defend pretty easily. Even against Punjab in the quarter-final, Shreyas scored 42 to help his team chase down a tricky total of 235. On top of that, the leg spinner also took three three-wicket hauls and operated at a strike rate of 31.

At No.6, you need someone who operates at a good pace and is versatile enough to bat anywhere in the order, and that’s what Azim Kazi did for Maharashtra. Amongst batters who scored at least 400 runs in this event, Kazi had the second-best strike rate after Rohan Kunnummal (131.84). While chasing 280 against Bengal, his 106 off 97 guided Maharashtra to a three-wicket. He then smoked 50* off 32 against Mumbai and also played a cameo in the final against Saurashtra - 37 off 33. Kazi is a left-hander and could easily be used as a floater, especially against left-arm spinners. 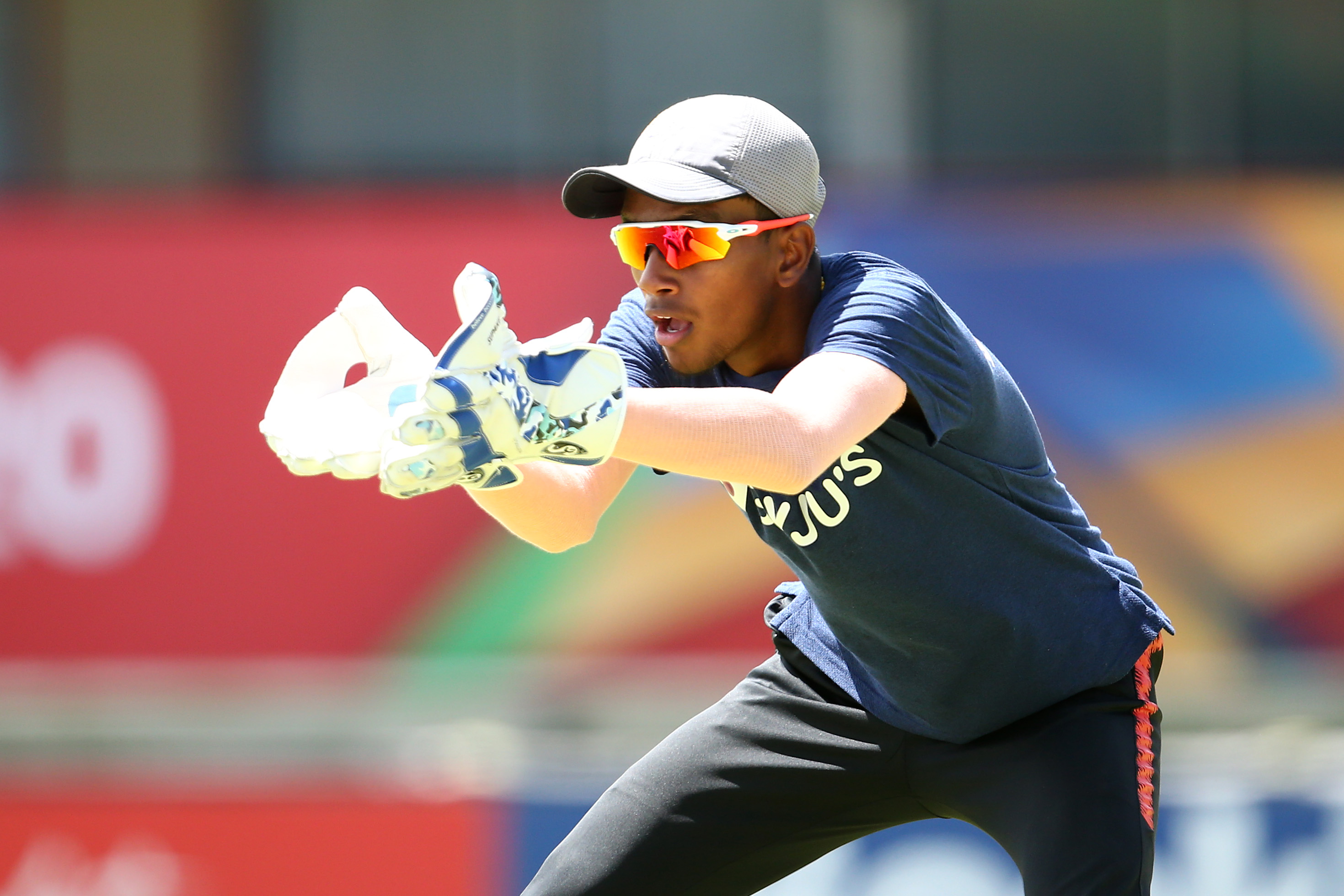 A wicketkeeper-batter from Jharkhand making all the right noise in domestic cricket. Well, we have seen that twice in the past. MS Dhoni and Ishan Kishan have done that at the international level, and it’s now 18-year-old Kushagra who is steadily starting to make a name for himself. Last season, he became the youngest batter in first-class history to hit a 250-plus score and now had a pretty fruitful VHT. The right-hander batted with a lot of calmness and managed a 40-plus score in each of his five innings. He started his season with a knock of 56 in a game where Jharkhand were bundled out for just 107 against Karnataka. Then came 41* vs Rajasthan, 49 vs Delhi, 55 vs Vidarbha and 74 vs Karnataka once again. He is also going to be the wicketkeeper of our side.

Saurashtra won their second VHT title, and it was largely because of their formidable bowling unit. Hence, we have three of them in our XI. The first one is Chirag Jani at No. 8 - a right-arm seamer who is more than handy with the bat, which is exactly what you need for this position. The 33-year-old was consistent with the ball throughout the tournament and also stepped up with the bat in the knockouts. In the quarter-final against Tamil Nadu, Jani first slammed 52* off 31 deliveries and then claimed three wickets in the second innings. He conceded only 19 runs in his 10 overs in the semi-final against Karnataka before taking a hat-trick in the final. The right-hander also played an important knock of 30* and, alongside Sheldon Jackson, propelled Saurashtra past Maharashtra’s total. One of the most honest toilers with the ball, Unadkat ended this competition as the leading wicket-taker. The left-arm seamer contributed in almost every single match and was brilliant across all three phases of the game. He didn’t just take wickets at regular intervals but was also very economical. He dismantled Himachal Pradesh with a five-wicket haul but saved his best for the last. The 31-year-old was Man of the Match in the semi-final against Karnataka, dismissing the likes of R Samarth, Mayank Agarwal, Sharath BR and K Gowtham. In the final, Unadkat only took one wicket but conceded just 25 runs. His contribution in making Saurashtra a formidable outfit in Indian domestic cricket is beyond comprehension, and he is the perfect man to lead our side.

The left-arm spinner from Saurashtra completes our spin attack. Jadeja is an experienced campaigner and one of the most consistent spinners in the domestic circuit. In this tournament, no other spinner picked up more wickets than him. Jadeja’s best bowling figures - 7/10 - came against a side like Manipur but the 32-year-old was pretty good against Gujarat and Tamil Nadu as well. Gaikwad and Kazi took him on in the final but even then, he ended with figures of 0/43 in seven overs. Jadeja didn’t have to do much with the bat, but he can surely chip in if and when needed.

The 30-year-old from Karnataka had a tournament to remember. The right-arm pacer delivered 78 overs and still ended up with a stunning economy rate of 2.7. He clearly had the best economy in the tournament (minimum 20 overs). Not just that, he was also the second-highest wicket-taker. With one four-wicket haul against Vidarbha and three three-wicket hauls against Jharkhand, Delhi and Sikkim, respectively, Koushik forced everyone to sit up and take notice.