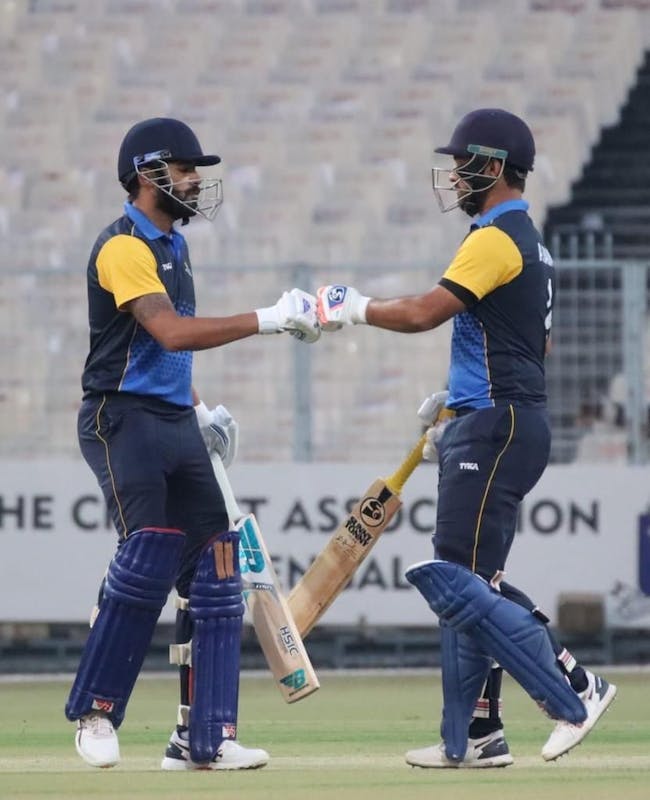 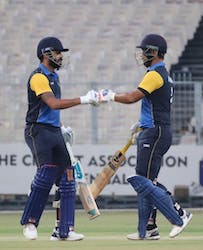 Since its inception in 2002, the Vijay Hazare Trophy, India’s premier 50-over competition, has been dominated by record Ranji champions Mumbai, Syed Mushtaq Ali Trophy specialists Karnataka and Tamil Nadu who had clinched 13 titles off the 20 titles before 2021. Meanwhile, Bengal have been the most frequent finalist with six final appearances and one title win.

These states have also provided a vast talent pool for the national team and continue to churn out international players every year. Among these behemoths, Himachal Pradesh burst on to the scene in 2021 when they stunned Tamil Nadu in the final at Jaipur to win their maiden domestic title.

While many expected them to be a one-season wonder, they reached the final in the 2022 Syed Mushtaq Ali Trophy and narrowly lost to a Mumbai side full of star players. It was a statement of intent that Himachal are here to stay.

It's hardly been a week since their SMAT final and they are back on the field to defend their Vijay Hazare title. It's a challenge to switch formats and recharge their batteries after a draining tournament, but playing a full season after a gap of two pandemic years is enough motivation for the Rishi Dhawan-led side.

“For the past two years, we were just waiting for a full-fledged season to happen. Luckily, our coach was nice to keep the training for just two days, because he knows that we have been training for a year for the entire season. Even though it is a short time between Syed Mushtaq Ali and Vijay Hazare, we are professionals and know how to manage our workloads,” top-order batter Prashant Chopra told Cricket.com. 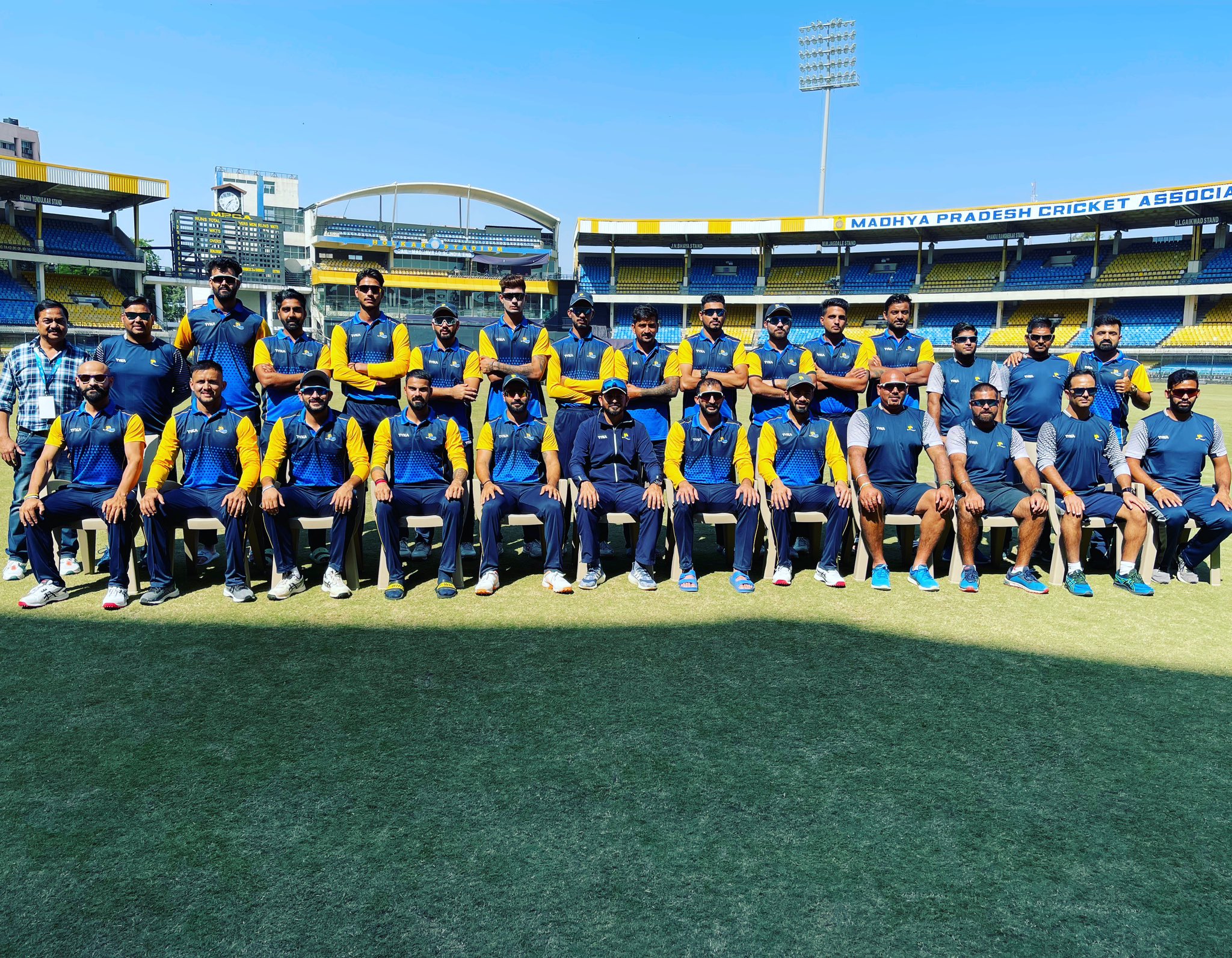 Despite losing the SMAT final which came down to the last over, there was no space for negativity within Himachal’s dressing room.

“We just appreciated that we have reached the final and acknowledged that we are improving as a unit. Our aim was to improve five percent as individuals before the tournament and I think we did that. The talk was that with Syed Mushtaq Ali 1/3rd of the season is over and 2/3rd is remaining,” Chopra said.

Defending a limited-overs title has never been easy for any domestic team with the amount of cricket being played throughout the year. Only Tamil Nadu (2020-21, 2021 - SMAT | 2009, 2010 - Vijay Hazare) and Karnataka (2019, 2020 - SMAT | 2013, 2014 - Vijay Hazare) were able to successfully defend SMAT and Vijay Hazare Trophy titles. This season, Himachal are placed in Elite Group A with previous Ranji champions Saurashtra alongside Uttar Pradesh, Hyderabad, Manipur, Tripura, Chandigarh and Gujarat.

The challenge is tough, but Himachal are looking to carry on with the mindset that took them to the SMAT final.

“We don't feel any pressure. We don't focus on the overall results or the big picture, but have small targets. In Syed Mushtaq Ali, we had two wash-outs (against Gujarat and Andhra) at the start and had to win all our next four games. We saw it as a seven small targets, which included playing till the final.

"Having played in a final, we know how it feels to be in a big game. So that way, it was clear for us. Right now, we are looking at it (Vijay Hazare Trophy 2022) one game at a time,” said Chopra, who scored 456 runs from eight matches at an average of 57 in the 2021 Vijay Hazare Trophy.

While SMAT 2022 saw multiple Indian internationals return to play for their state teams, the upcoming limited-overs series in New Zealand starting on November 18 will see them line-up without the likes of Shreyas Iyer (Mumbai), Washington Sundar (Tamil Nadu), Shubman Gill (Punjab) and Kuldeep Sen (Madhya Pradesh). In this regard, Himachal have an advantage of having a close-knit team that was retained from SMAT, where each individual contributed in key moments. 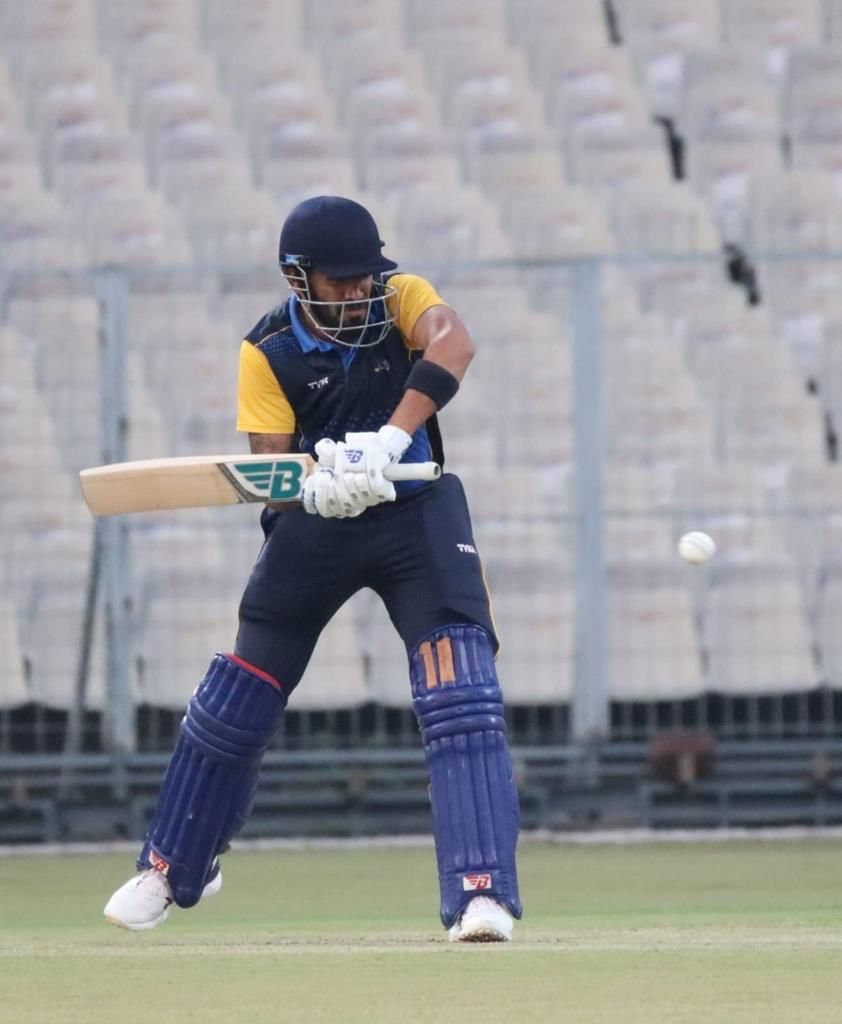 Their pace troika of Rishi Dhawan, Vaibhav Arora and Kanwar Abhinay Singh have accounted for 32 wickets, while left-arm spinner Mayank Dagar has been their go-to bowler in tough situations having claimed 12 wickets at a measly economy of 5.2 from seven matches.

Despite the lack of big names, Himachal have made a habit of battling through tough situations. In the SMAT final, their top-order was wiped out at 58/6 in 9.4 overs, but Akash Vasisht, Ekant Sen and Dagar led the fight back to post 143/8 in 20 overs. When Shreyas Iyer was going ballistic in the chase, Himachal roared back into the game with a three-wicket burst from Arora, including the scalp of Iyer.

This had a lot to do with Rishi Dhawan’s instinctive captaincy, who knew that the short ball has been Iyer’s Kryptonite in international matches and Arora, who had played for Punjab Kings in IPL 2022, had a mean bouncer in his armoury. There were several instances like this over the last two seasons that underlined Dhawan’s sharp reading of the game.  According to Chopra, the 32-year-old has matured as a strategist since being made Himachal’s captain in 2013.

“He always wants to put himself in tough situations. We always know that he will get wickets for us in all situations and even in tough situations during batting, he will get those runs. In small moments whichever small decisions he is taking are clicking now. When your captain leads from the front, it's a big motivation for the team,” Chopra said.

In their 37th year of first-class cricket, Himachal finally won a trophy and followed it up with a second big white-ball final. They are not ready to rest on their laurels yet. Under new head coach Rajeev Kumar (popularly known as Raja bhai), who was the fielding coach of Chennai Super Kings, their long-term vision is to get better in the Ranji Trophy.

“We were only missing out (on Ranji Trophy quarterfinals) by just a point or so. There are also few aspects we need to discuss because four-day cricket requires you to be mentally strong,” said Chopra, who is Himachal’s fifth-highest run-scorer in the Ranji Trophy with 3,379 runs from 86 innings at an average of 40.23. 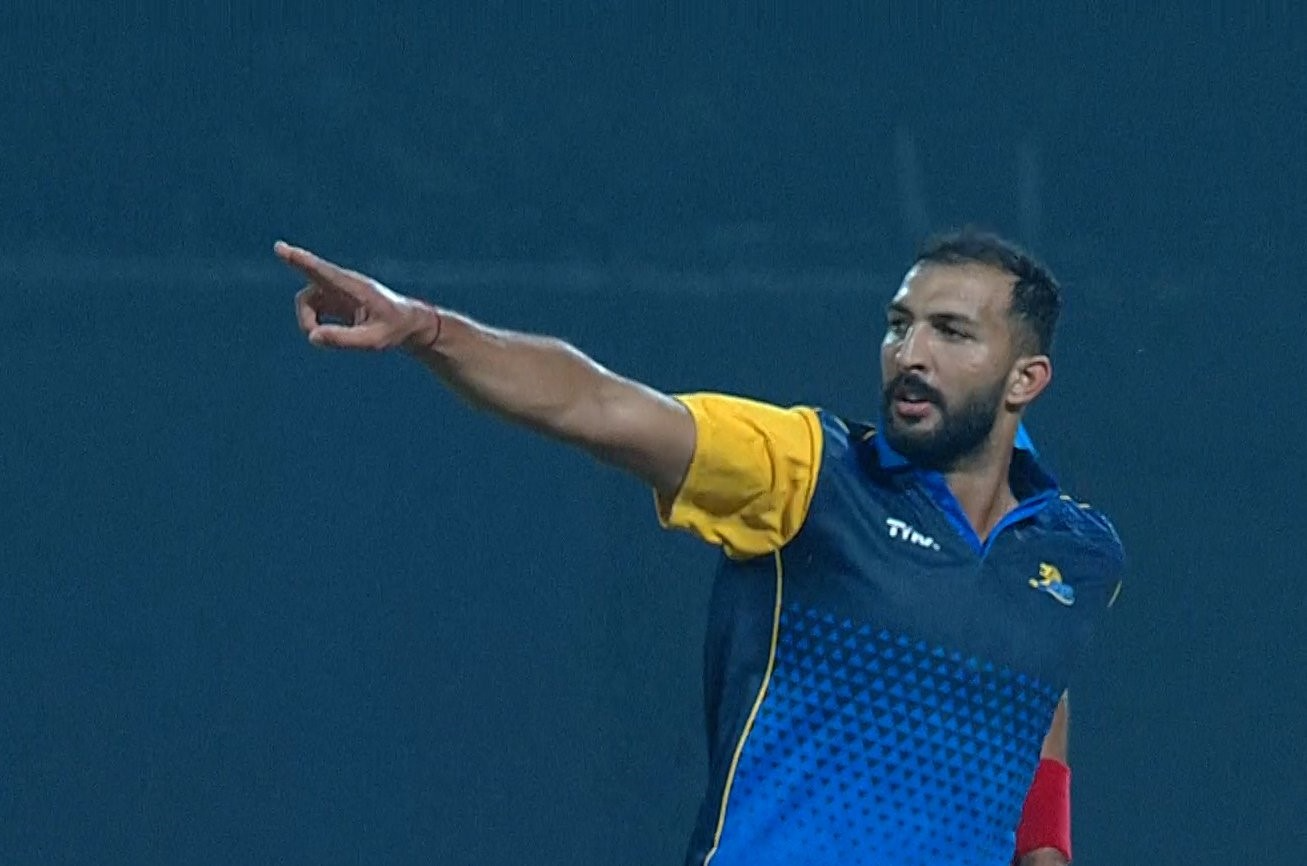 While the senior team is determined on winning more silverware, the Himachal Pradesh Cricket Association (HPCA) is working on building for the future. There are challenges unique to the hilly state as there is no culture of club cricket or the presence of a state league. But the HPCA has managed to find a solution for finding local talent.

“We have the inter-district tournament. The association has made efforts to organize more matches for us. We've inter-districts tournaments for Under-14, Under-15 and Under-17 as well. We got Vishal Marwah sir (HPCA Secretary), who is the General Manager for cricketing operations, who has done a lot of work in ensuring we get a lot of matches.

Before Syed Mushtaq Ali Trophy, we played a four-team practice tournament with the full squads of Bengal, Railways and Andhra in Vizag (Visakhapatnam). Currently, the Himachal Under-25 team is playing against Chandigarh U-25. Last year, we also invited U-25 Bengal to play with us. We are getting better with practice games while playing against these big games,” Chopra said.