Want to use this 81 as a launching pad for my career: Ollie Pope 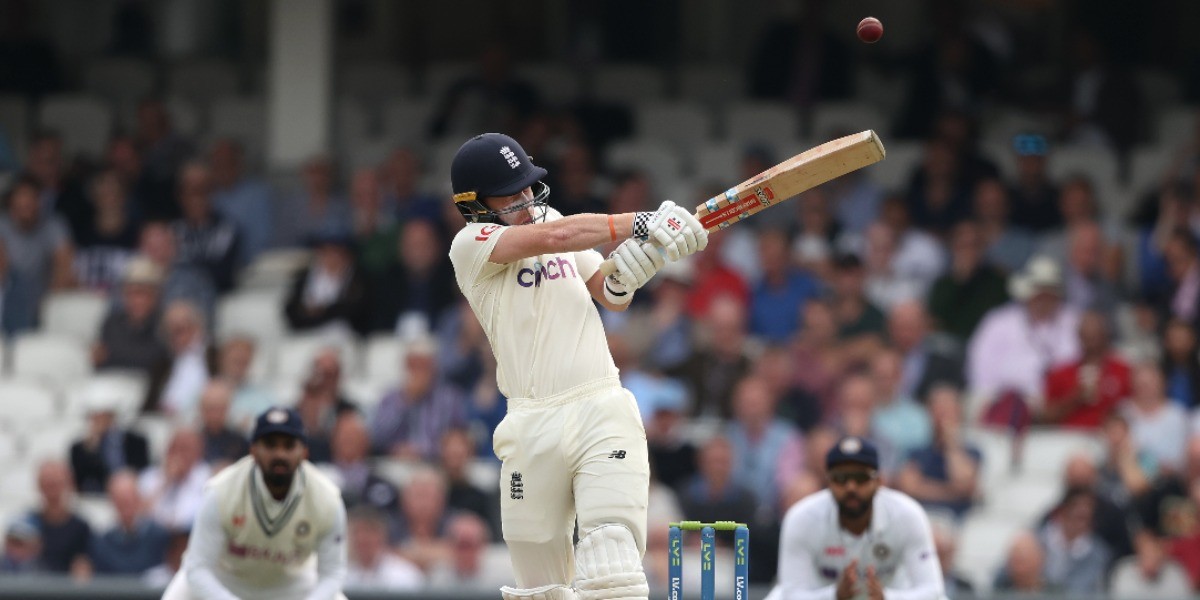 Want to use this 81 as a launching pad for my career: Ollie Pope

Ollie Pope, who has thus far had a start and stop international career, asserted that he hopes to build on the 81 he struck on Day 2 at The Oval and use it as a launching pad for his Test career. Having missed the first three Tests of the series due to injury, Pope saw England get reduced to 62/5 moments after arriving, and a special knock was the need of the hour from the youngster’s willow.

Playing his first ever Test at The Oval, the 23-year-old delivered in spectacular fashion, striking a near-flawless, counterpunching 81 to help the hosts take a substantial lead.

Having not yet reached the heights he was once destined to, Pope hoped for the fifty on Friday to be the catalyst for something special.

"I'm only 23 but I've got some good experience in the Test arena (20 Tests), so hopefully, I can build on today and start a good run again,"  Pope said at the press conference on Friday.

"It's been a stop-start career so far. I made my debut back probably nearly four years ago; I've been in and out and had shoulder operations. It's been a learning curve, to be honest. Reminds you to do everything possible to stay in the park firstly, for the last thing you want to do is give someone your spot.

“I've learned a lot about how to deal with the noise, off the pitch kind of thing (sic). I want to be as confident in my game as I can.”

Pope was berated by experts during the New Zealand series - where he was dismissed between 20 and 25 three times - for taking an off-stump guard and making ‘weird’ technical changes, but the right-hander made prudent adjustments on Friday to tackle the Indian bowling. Pope took a middle-stump guard, had great off-stump awareness and looked in firm control during his 159-ball stay.

Shedding light on the technical adjustments, Pope revealed that he took a leaf out of skipper Joe Root’s book, and added that it was two weeks ago that he decided to go ahead with the change.

"I have watched how Rooty [Joe Root] has played in this series, how he's gone about it. Had good conversations with coaches and senior players; I think I recognised that the Indian attack is very skilled. Their main course is to attack that knee roll.

"As a batter, you're going to get out somehow whether the team is attacking the fifth stump as much as they can or whether they attack the knee roll as much as they can. I recognised that you've got to adapt your game accordingly. That's what I've done; probably decided a couple of weeks ago that that was how I was going to go about my business," he said.

Pope’s 81 helped England take a lead of 99, but India have already erased 43 runs off the deficit, thanks to Rohit Sharma and KL Rahul going to stumps without giving away their wickets. With the pitch having significantly flattened out, Pope admitted that the bowlers will have to ‘toil hard’ on Day 3 to trouble the Indians.

"I think the pace of the game will change a little bit now, as we saw this afternoon. It is a good pitch now; the outfield has quickened up as well, so we might have to toil a bit longer for our wickets. But if we can just hang in there as long as we can, we'll get our rewards," he said.