SRH chase down 199 with an over to spare

Sanju Samson cut a disconsolate figure as his ton went in vain with Rajasthan Royals going down to Sunrisers Hyderabad in a high-scoring encounter.

Samson’s hundred was overshadowed by David Warner, picking off from where he left off in the previous game, as Sunrisers obliterated Rajasthan’s 199, finishing on 201 for five.

Samson has had quite a roller-coaster career but the Indian Premier League is one arena where the Kerala wicket-keeper has repeatedly showcased his undeniable skills and come Friday, he furthered his cause with a blinding unbeaten 102 off just 55 balls.

It was clear from the start that both teams rated the pitch highly and wanted to bat first and put runs on the board.

After the early loss of the in-form Jos Buttler, bowled around his legs by Rashid Khan in the fourth over, Samson joined his skipper Ajinkya Rahane (70 off 49) in an effort to rebuild the innings.

After a scratchy start, Rahane came into his own with a flurry of classy hits to the fence allowing Samson to get his eye in.

The youngster then took the onus on himself, with some clean hits over the fence against Shahbaz Nadeem and Siddharth Kaul in consecutive overs.

Rahane joined in and the duo brought up their 50-run partnership in the 10th over with the scoreboard reading 65 for one.

It was Rahane who teed off from that point and raced to his half century in 38 balls. He was showing no signs of relenting and continued his onslaught scoring 20 off 11 balls before holding out to Manish Pandey at long on off Nadeem at the end of the 16th over. Rahane and Samson added 119 runs, second best partnership for the Royals after Rahane and Owais Shah scored 121 against Royal Challengers Bangalore in 2012 at Bengaluru.

At that point, Samson was on 56 off 39 balls as the stage was set for the burly Ben Stokes to come and set the Rajiv Gandhi International Stadium on fire.

Samson was handed a life in the next over after he failed to pick a slower one from Kaul. His flicked looped up towards square leg but with three fielders converging, Jonny Bairstow called but saw the ball hit the turf after getting a bit of his gloves.

Samson made Sunrisers pay and instantly as he tore into Bhuvneshwar Kumar in the 18th over. He began the over with a sublime maximum over extra cover and thereafter struck four more boundaries, as he toyed with the field placements on the off side.

Meanwhile, Stokes was enjoying the exhibition from the other end, playing a rather sedate knock and the Englishman joined Samson in celebration in the 20th over as Pandey parried the ball over the fence to hand Samson his second IPL hundred. At that point, the momentum was firmly with the Royals though a rejuvenated David Warner and returning skipper Kane Williamson laced the Sunrisers’ ranks.

Warner (69 off 37 balls) then came out all guns blazing with the pitch proving to be a great ally. He got an absolute gift on his pads first up from Dhawal Kulkarni that he dispatched with utmost ease.

Bairstow was a silent spectator at the other end, such that, when the Sunrisers raised 50, Warner had got 45 of those runs.

The duo kept chugging along and soon brought up the 100 run partnership in the ninth over with Bairstow upping his own game in the meantime.

Stokes was entrusted with the ball in the next over and struck a crucial blow as he sent Warner back to the hut. Warner top-edged an attempted hook and holed out to Kulkarni at fine leg. A couple of balls later, Kulkarni turned villain when he grassed a simple effort at third man. Bairstow didn’t get the intended connection on his cut and it flew to Kulkarni, who made a mess of it.

But that didn’t deter Kulkarni as he made amends the very next over with a spectacular effort at long off. Bairstow got under Shreyas Gopal’s leg break and looked to go big but failed to clear Kulkarni, who timed his jump to perfection and held onto the catch just inside the boundary.

The Sunrisers were still in command at this stage with Williamson (14 off 10) and Vijay Shankar (35 off 15) going at a decent click but three wickets in two overs – one to Unadkat and two to Gopal – brought Rajasthan right back into the game.

But it was the Sunrisers’ Afghani superstar Rashid Khan who closed it out with two fabulous hits in the 19th over, the winning hit more impressive as he launched Archer into the square leg fence in a rather MSD-esque fashion to cap off a fascinating victory. 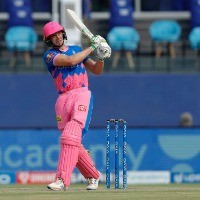 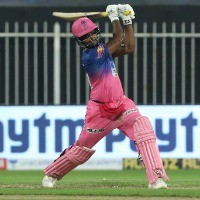