Was a tough call to drop Kishan but we will continue to back him: Rohit 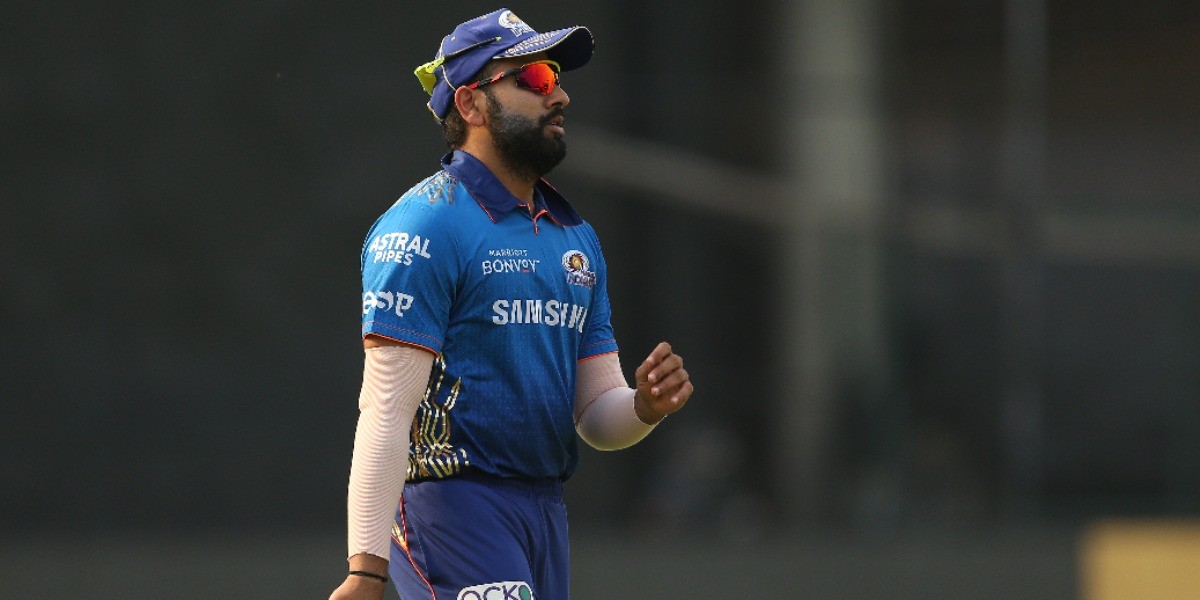 Was a tough call to drop Kishan but we will continue to back him: Rohit

The young left-hander has only managed 107 runs in eight innings at an average of 13.37

After Mumbai Indians ended their three-match losing streak in the second leg of the Indian Premier League 2021, skipper Rohit Sharma admitted that his team didn't play to their potential in the first three games. Meanwhile, Punjab Kings captain KL Rahul had no hesitation in accepting that his team is not handling pressure situations very well.

Mumbai defeated Punjab by six wickets on Tuesday (September 28) and moved to fifth place on the points table. Meanwhile, Punjab have won only four of their 11 encounters and are currently at No. six.

"We do agree that we didn't play to our potential, but it's a long tournament and we need to stick to our plans and reading the situations is very important and we can take a lot of confidence from that. It is important not to lose the guard," Rohit said at the post-match presentation ceremony.

He was all praise for Hardik Pandya, who finally returned to form with a 40 not out off 30 balls.

"The way he (Hardik) understood the situation was very crucial from a team's perspective, it's important for him to spend the time in the middle as he's coming back from a injury."

Rahul, on his part, seemed disappointed when asked about whether his young team is unable to cope up with pressure situations. "It is what it is, we haven't been able to handle the pressure. We'll learn more if we play more together as a team," he said.

"We need to be positive. We have three games, so we need to take one game at a time. We need to go out there and enjoy ourselves. All our games in the UAE have gone down to the wire, hopefully we can build on that."

He also accepted that 135 was not a defendable target on this track. "It was a great fight, but 135 was not enough on this pitch.

"We should have got about 170. The boys showed a lot of fight with the ball, we have done that two games in a row. The next three games will be interesting for us as the table looks interesting."

Rohit also said that it was a tough call to drop someone like Ishan Kishan but the team will back him as he tries to get back to form.

"It's a tough call (on dropping Ishan Kishan). Saurabh (Tiwary) has played the perfect role today and he's done well to nudge around in the middle overs. We are gonna back him (Ishan Kishan) as he's a very important player for us." 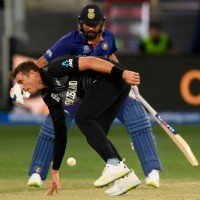 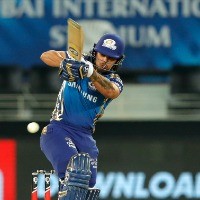 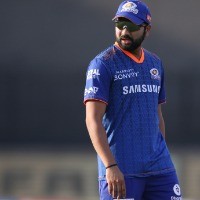 NEWS
Good thing we will play after KKR on last day: Rohit Sharma
Mumbai Indians skipper Rohit Sharma was full of praise for opener Ishan Kishan after he scored a 25-ball 50 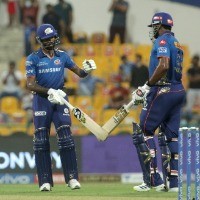 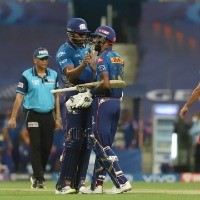 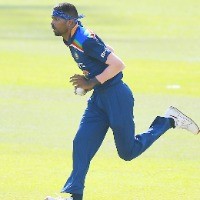