Wasn't a long enough innings to feel like batting : Stoinis 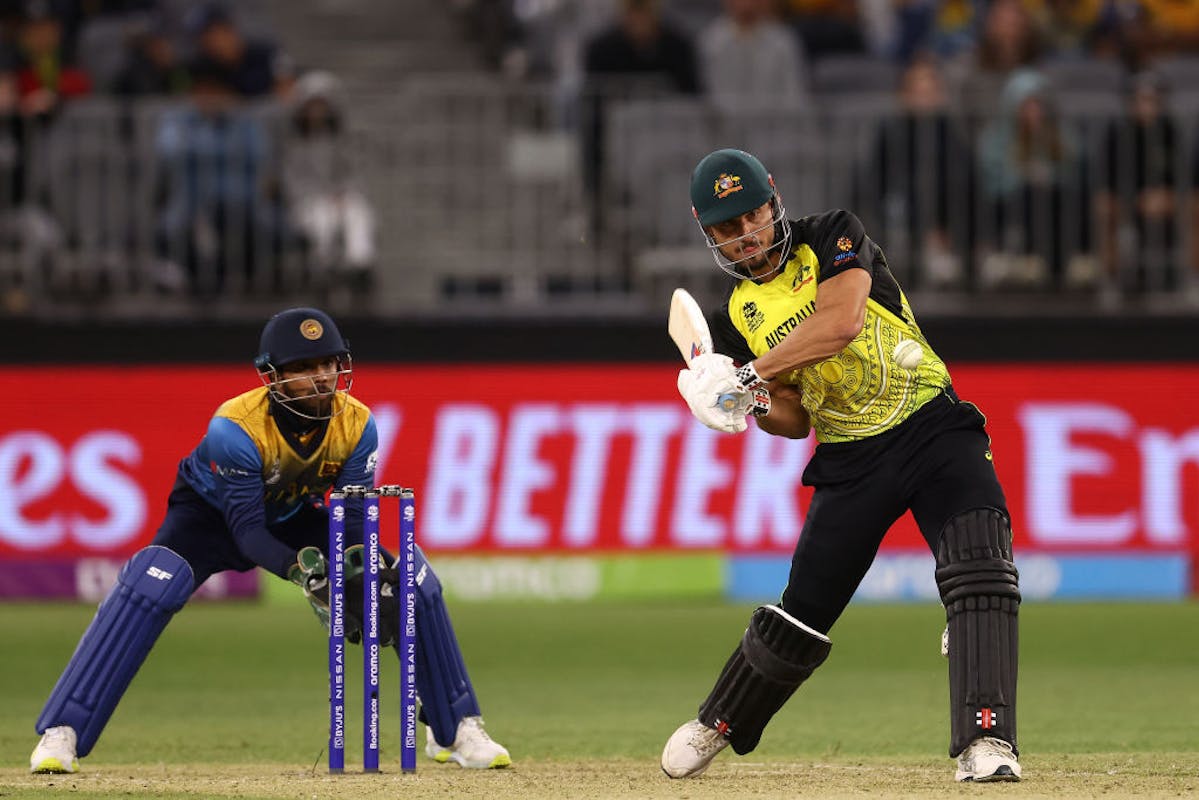 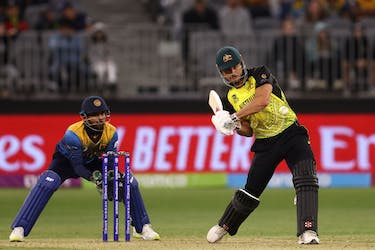 Wasn't a long enough innings to feel like batting : Stoinis

Stoinis was at his animated self when he was hitting those sixes, especially against Wanindu Hasaranga, and those became a recurring instance after each sixes

Australia may have started their world cup defense on the worst note imaginable, losing to Trans-Tasman rivals New Zealand by a huge margin of 89 runs, but in the second game, there was no footnote of the past. Sixes flew around at the Optus Stadium in Perth, especially when Marcus Stoinis came out to bat, and Sri Lanka eventually lost the campaign by seven wickets.

In 18 balls, Stoinis managed a scarcely believable knock of 58 runs, laced with six sixes and four fours, to finish the game in the 17th over. That knock bore testimony to the impact of Stoinis but for the batter himself, the duration didn’t even feel like batting.

“Probably wasn't a long enough innings to feel like batting. Maybe slogging. Yeah, it was good slogging,” Stoinis said in the post-match press conference. “I was actually quite nervous, to be honest, so yeah, the intention was just to go put an impact on the game and probably provide a bit of energy for the boys and try and get a spark going.”

Stoinis was at his animated self when he was hitting those sixes, especially against Wanindu Hasaranga, and those became a recurring instance after each sixes. However, the Western Australia all-rounder stated that those were to have some fun in the middle, like they do in the nets.

“Yeah, just feeling it, we have a bit of fun with that, Mitchy Marsh and Ash Agar and Kane Richardson and Davy Warner, we have a bit of fun even in the nets doing that sort of stuff. So yeah, just getting around the boys really. Probably sometimes over the top, but it's all with the right intention. It's all for our group really,” the all-rounder added.

Stoinis has been a recurring cast in the Indian Premier League over the years, having played for the likes of Royal Challengers Bangalore and Delhi Capitals recently. The all-rounder stated that playing in the league and having some of the best coaches around helped him massively to become the player he has become.

“Definitely the IPL has changed my cricket and helped me evolve, and it's not only playing on the wickets, it's having the coaches from all over the world, having players from different countries. I've played for quite a few years in the IPL and quite a few teams, so you come across a range of techniques and mentalities about how to play spin. Yeah, it has helped me improve for sure. But yeah, so I'm looking for two balls really, one off the back foot and one off the front foot, just to at least have an option to each,” the all-rounder added.

On the other hand, Sri Lanka coach Chris Silverwood feels that they are having some bad luck as far as untimely injuries are concerned but he is confident that the side can turn around the fortune pretty soon.

"We're having a bit of bad luck around injuries at the moment, especially, as you said, in the pace stock. We'll obviously assess him. The physio is working with him now and the doctor, so we'll find out exactly the extent of injury to start with and we'll have to make some decisions from there.