“We are at the right level,” Scotland out to prove themselves again 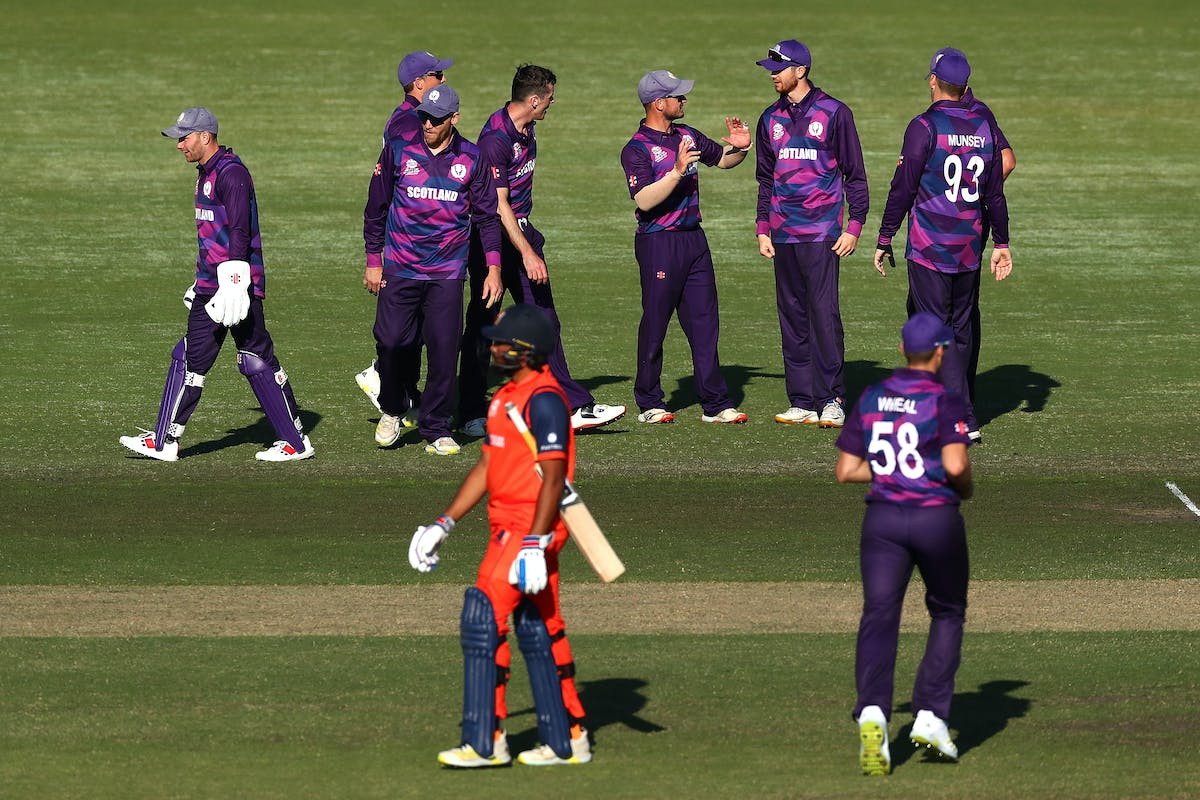 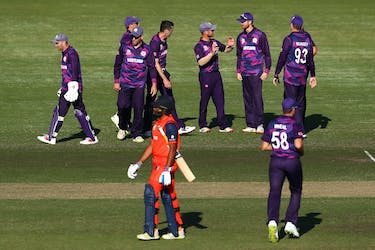 “We are at the right level,” Scotland out to prove themselves again

Scotland captain Richie Berrington and fast bowler Josh Davey speak to Cricket.com about what can be expected of the team at the T20 World Cup

Scotland had a grand total of one win from seven matches of the T20 World Cup till they marched into the last year’s edition, where they were paired with Bangladesh, Papua New Guinea and Oman in Group B. History didn't matter much when they took to the field in Muscat against Bangladesh, as they outclassed a seasoned team to clinch a six-wicket victory. They were ruthless against PNG and Oman too and went into the Super 12 for the first time in their history with a 100% record.

However, in their first match of the Super 12, they were bundled out for 60, chasing 191 and never really recovered from that, going on to lose all their five matches in that stage by huge margins.

Speaking to Cricket.com, Scotland captain Richie Berrington, says that the team got to learn a lot from those matches and remains confident of an improved performance.

“It was an interesting summer in the sense that we felt we played very well this summer but without too much to show for it. I think the main thing to take from it was that we now know that we are at the right level,” Berrington said.

“Previously, it might have felt that we knew we were chasing down those bigger teams and not quite with them. But we can take great confidence from this summer's performances. It feels like we've got the attributes to win and it's only a matter of time before that starts happening regularly.”

Berrington took over as Scotland captain after Kyle Coetzer stepped down as skipper in June this year. A few months later he also retired from T20Is. Coetzer, over the years, has played a huge role not just as captain but also as a batter that notably includes an ODI win over England, and qualifying for T20 World Cup last year and also claiming the Associate Player of the Year in the process.

Speaking of Coetzer’s influence, Berrington says, “Kyle has been such an influential and important part of this team for a long time even before he became captain a number of years ago. The strength he had as captain, he was influential in taking the team to new heights. He's someone we've all learnt a lot from. No doubt we will miss having him here. But it does provide an opportunity for a couple of other players coming into the side.” 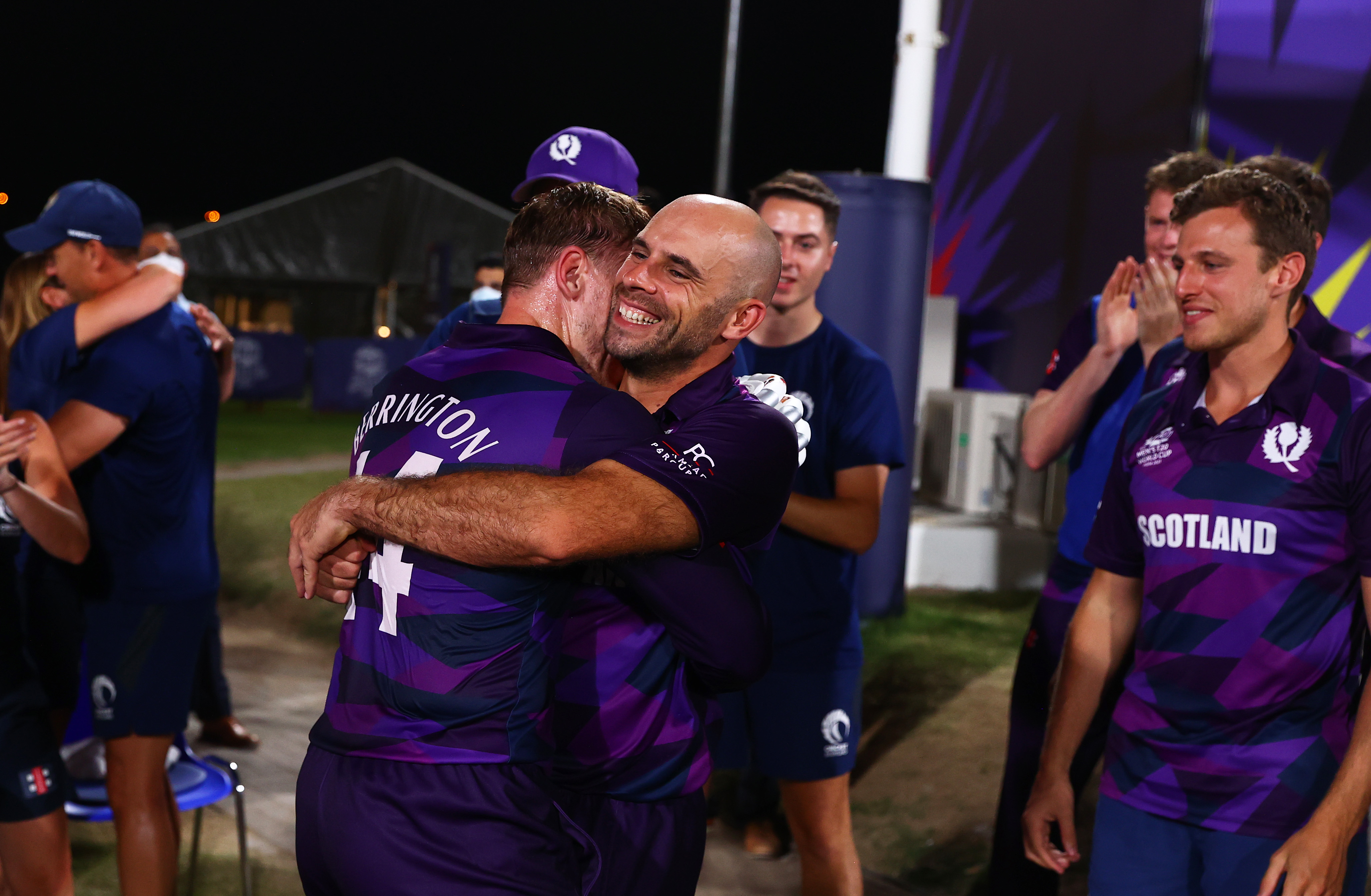 The contribution of the coach too cannot be discounted and Berrington mentions that Shane Burger, who took charge in 2019, has played a key role in improving the team especially in the 50-over format.

“Shane's been really good with this group. He came through a difficult time, just before Covid came around. It was a challenging couple of years with not having a lot of cricket and I think we've seen this year, particularly in the one-day format, how much the team has improved under him. I've got a really good relationship with Shane and I'm really excited about what we've put in leading into this and where we can take this team from here,” Berrington said.

Scotland threw in a surprise when they picked Brandon McMullen, a batting all-rounder, who had not received a call-up to the senior side before the T20 World Cup. Who is he? What does he bring to the side? And do Scotland intend on throwing him into the deep end rightaway?

“Brandon's a really exciting prospect for us. He's a really good all-round cricketer. A very good batsman, he's very dynamic in terms of the way he plays. There are a number of different positions he can slot in to which is exciting for him and for us. He's an effective seamer as well, he can bowl in different stages of the game,” Berrington, a veteran of 76 T20Is and 97 ODIs, said.

“For him it will be really exciting opportunity and I have no doubt that with the type of character he is, he is going to take really well to it. Excited to see how it goes for him. He's certainly got a big future in the game.”

One player Berrington will heavily rely on for breakthroughs in Australia is fast bowler Josh Davey. He missed their last three matches in 2021 World Cup due to a groin injury. After undergoing a successful surgery, he has played competitive matches for Somerset across format on a consistent basis in the lead up to the tournament, which is terrific news.

“I sustained a groin injury in the game against Namibia. I ended up having surgery on it so it was quite a long recovery. Was probably out for about six months. Coming back into the English domestic season I managed to start to go back to full fitness end of April and then played most of the season for Somerset. So, I am coming into this World Cup fit and ready to go. I'm really looking forward it,” Davey told Cricket.com. 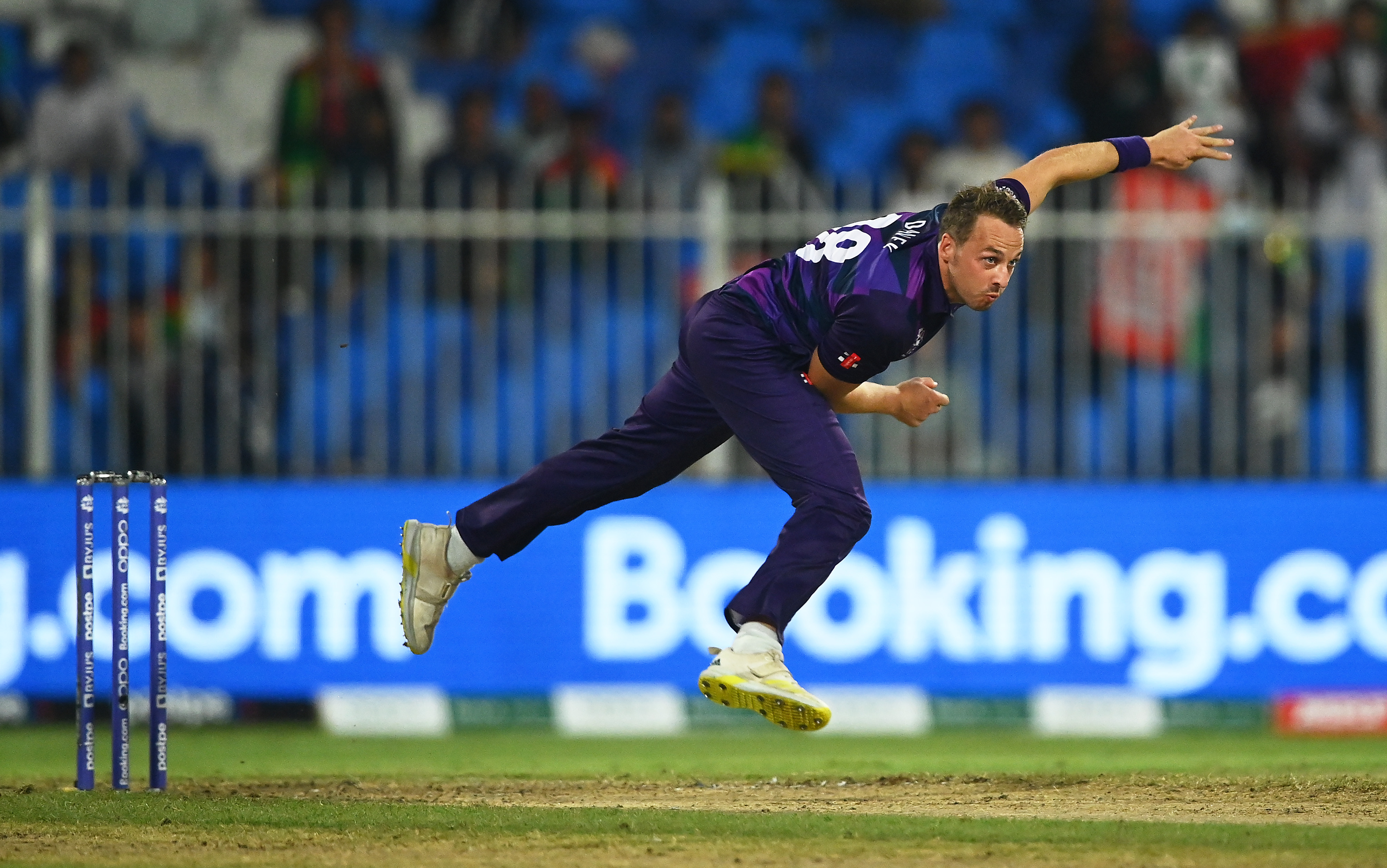 While Davey started off as a batter, scoring 72 on his first-class debut with Middlesex while putting on 192 for the first wicket with Sam Robson. However, it was his move to Somerset in 2014 that he started taking bowling a lot more seriously.

“It was a slow transformation, I guess. Opportunities came about more in the Somerset side as a bowling sort of all-rounder. My bowling sort of picked up as I bowled more and I got into the side batting at seven, eight, as the fourth seamer. Slowly transitioned to having a leading role with the ball,” the 32-year-old said.

“I'm still trying to push myself back up the order. I'm probably 8-9 now. It's been a strange transition to start off as a batter and then develop bowling. That came along because of opportunities as a bowling all-rounder.”

T20 is an evolving format and with that, the cricketers too have to adjust accordingly. For a batter it is playing scoops, paddle sweeps, reverse sweeps etc, but for a bowler it is about bowling well-disguised slower ones, the knuckle ball and such varieties.

Davey, who is no stranger to bowling the slower deliveries, says he too has been rigorously working on new ways to bamboozle the batters.

“As the game develops, batters find new shots, you've got to find ways of limiting them. So, I've definitely been working on some new balls. Got a few of these right in the Vitality Blast (T20) in England. So, I have been building my confidence with them to bring them out in the World Cup. You've got to have variety. Two or three slower balls now is definitely key,” Davey, Scotland’s fourth highest T20I wicket-taker, says.

Coming back to the T20 World Cup, Scotland are the only associate side in Group B, which has West Indies, Ireland and Zimbabwe. Berrington is unfazed by the big task and backs his side to get the results.

“It's a really exciting group. All four teams on their day can beat anyone. It should make for an exciting round of cricket. The key is going to be to start as well as we can and pick up an early win, it puts you in a strong position. For us, it's just been just being confident and clear with our plans. If we get that right, we can hopefully progress through that group and get into the next stage,” the Pretoria-born Berrington says.

Scotland would look to take inspiration from their campaign last year, but at the same time would hope that a performance like Afghanistan come in the way that could potentially derail the campaign. We’ve already had a surprise in this edition with Namibia shocking Sri Lanka. Scotland would love nothing more than doing the same and ensuring that the group remains wide open.