We are backing our process from the last 18 months: Miller 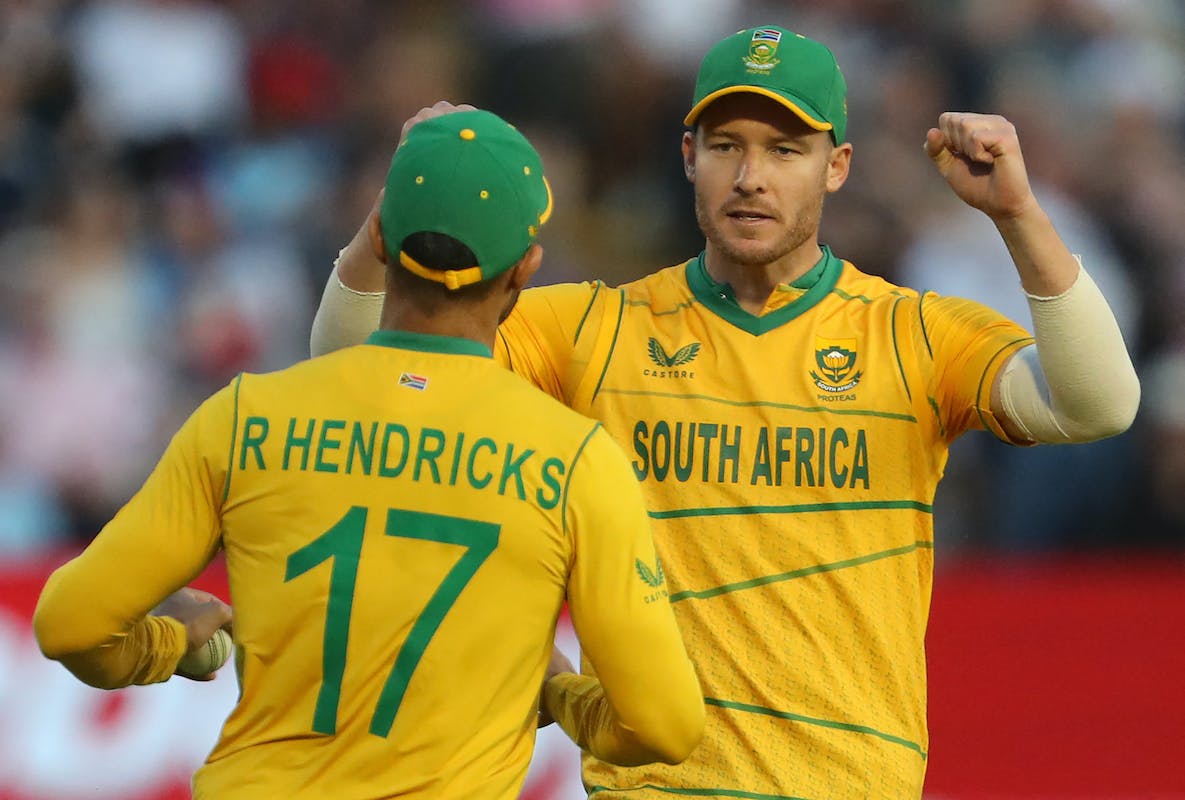 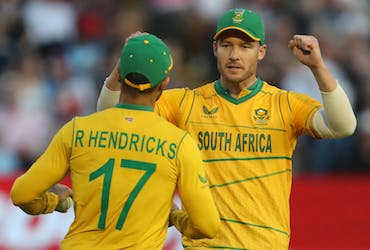 We are backing our process from the last 18 months: Miller

South Africa, slowly yet steadily have become one of the most feared white-ball side in world cricket. Yet again, they did not disappoint their fans, with a stunning 2-1 win over England despite the absence of skipper Temba Bavuma. Since 2021, the Proteas have been on the winning side in four of the six T20I series.

David Miller, who skippered the side in the three-match T20I series against England, reflected on the win, stating that the team backed the process from the last 18 months. Miller, who on Sunday, played his 100th T20I, credited the batters for the win, who he reckoned have performed exceedingly well.

“Defintely it is a privilege to play 100 games for the country. I thought our openers did well. The batters batted well throughout the series. We quickly forgot about the first game and bounced back in a phenomenal manner. Stubbs has improved in domestic cricket. We are backing our process from the last 18 months. Our guys have been raising their hands and performing at key moments,” Miller stated in the post-match presentation.

While Miller credited the batter, in the third T20I, it was really the bowling display from Tabraiz Shamsi which turned the encounter on its head. The left-arm unorthodox spinner picked up five wickets on the night, including dismissing the dangerous Liam Livingstone.

“I enjoyed myself really. Credit to the batters to put up an above par score. The bowlers before me deserve all the credit. I reaped all the rewards. We got a pounding at Bristol. But I keep in mind how to bounce back. Before I came to the game, my wife casually said I want four wickets (laughs),” Shamsi reflected on his five-wicket haul.

On the batting front, in the absence of skipper Bavuma, Reeza Hendricks took his opportunity with both hands. The right-hander topped the runs chart in the three-match T20I series, with 180 runs, averaging 60, at a strike-rate of 156.52. Hendricks, who was named as South Africa’s player of the series showed his happiness over his consistency in the series.

“I am very happy with the performance and to have contributed. Was well supported by Aiden and Rilee. It was a good team performance. Everytime you step on, you want to score runs. There are a lot of guys on the sideline, so the competition is massive.

“So you want to stamp your mark when you get a chance. It was a tricky wicket but I was well supported and thought 190 was a good score. The last match's performance was one to forget. The drop cost us the game but it's nice to do well today.”