We had the freedom to go out and play freely: Brook 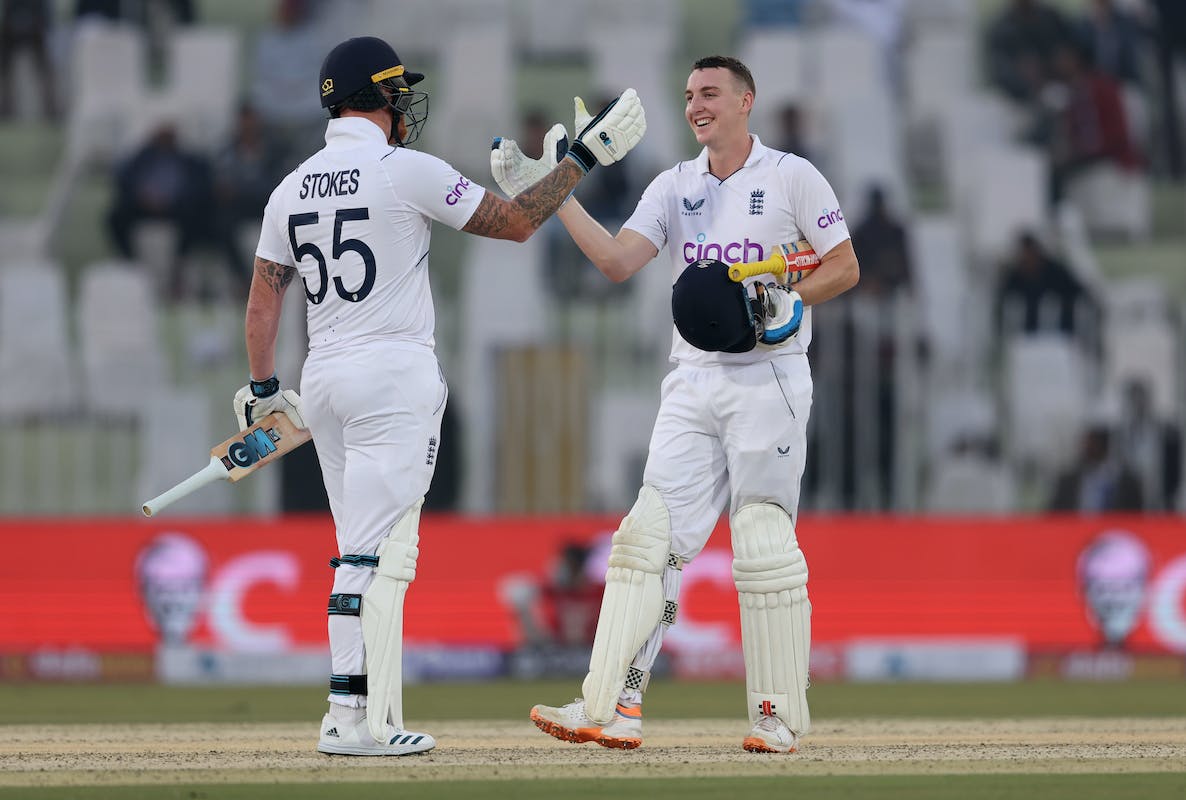 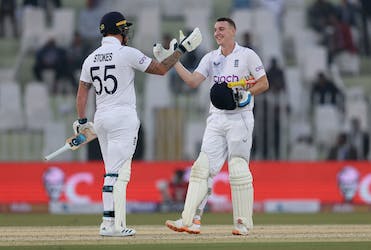 We had the freedom to go out and play freely: Brook

Harry Brook, playing in just his second Test, broke multiple records as England coasted to a first innings total of 657 in the first Test against Pakistan in Rawalpindi. The 23-year old, fresh off lifting the T20 World Cup trophy, became the first England batter to score six boundaries off a single over against Saud Shakeel on the first day.

On Friday, he sauntered his way to the fastest Test 150 by an England batter when he reached the landmark in 116 balls, 20 balls faster than his captain Ben Stokes who scored it against South Africa in 2015.

"With the amount of runs we had on the board, we had the freedom to go out and play however we wanted. I wouldn't say I was being reckless until I got out, but no, I took the positive option and played my shots," Brook said at the end of day's play.

Brook's innings was highlighted by a 27-run over against legspinner Zahid Mahmood where he scored four boundaries and a six. Adding to his honest opinion of the over by Shakeel the other day, Brook was more cautious against Mahmood.

"That first set he bowled six bad balls and I just put them away, the second set obviously he came round the wicket, I felt like reverse was quite a free option, so I took it on first ball and then had to change, and then it got later in the over and I was getting closer to the record, so my eyes lit up then," he said.

Despite scoring a big total, England bowlers will have to toil on a lifeless Pindi pitch to remove all Pakistan wickets. At the end of day two, the hosts reached 181/0 after openers Abudullah Shafique (89 not out) and Imam-ul-Haq (90 not out) batted with authority.

"We went through a few plans there, probably stick to bowling straight. It's going to start getting lower I think, and it's going to start going underground. If we start there hopefully we can get a few lbws which keep low and obviously we tried the bouncers. It's just about striking at the right time and going bang, bang really," he added about England's chances on the third day.