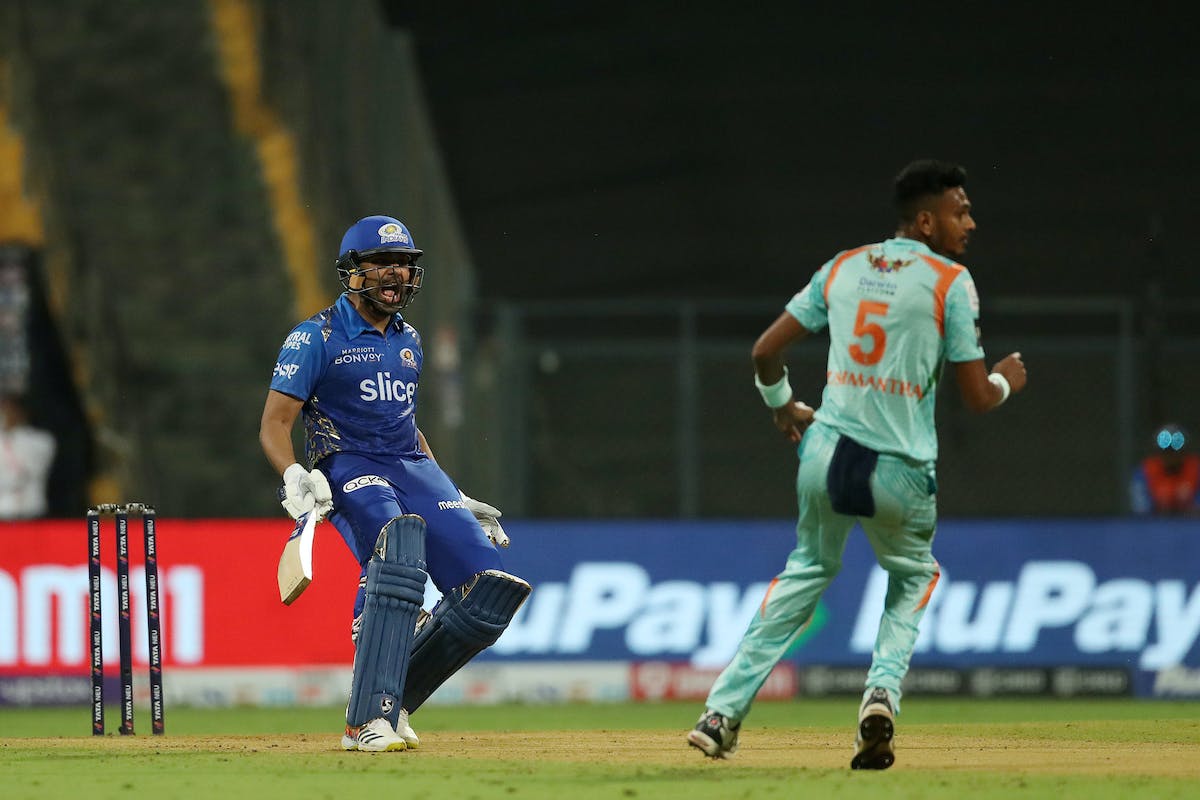 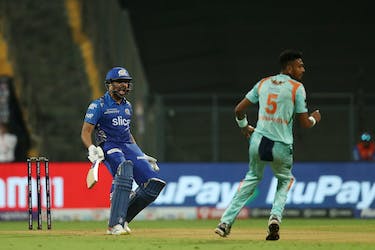 Failing to build partnerships and being unable to stay at the crease for long contributed to Mumbai Indians' 36-run loss against Lucknow Super Giants, according to Rohit Sharma. MI sailed further moved away from the playoffs with their eighth consecutive loss in the IPL 2022 at the Wankhede Stadium, the longest losing streak in their history.

Chasing 169, MI started well with Rohit and Ishan Kishan adding 49 for the first wicket, but a flurry of wickets followed that as they were reduced to 67/4. Tilak Varma (38 off 27 balls) and Kieron Pollard (19 off 20 balls) added 57 off 39 balls to resurrect the chase. But Jason Holder removed Varma in the 18th over while Krunal Pandya sent back Pollard, Jaydev Unadkat and Daniel Sams in the final over to end MI hopes.

"It was a good pitch to bat on but we didn't bat well enough. We should have chased that down. When you have a target like that, you need those partnership, which we couldn't do," Rohit said at the post-match presentation.

While admitting that his team bowled well to restrict LSG to 168/6 in 20 overs, Rohit felt his players were unable to extend their stay in the middle.

"You have to ensure one of the batter bats long but we have failed to do that in this tournament. Some of the opposition players have done that and that has hurt us," he said.

MI is yet to play Tim David in the competition and went with the same XI that featured against Chennai Super Kings. Rohit said that everyone in the team will get more chances to prove themselves.

"Looking at how the tournament has gone every has come into the discussion. We want to make sure whoever gets a chance, they get a run in the XI. So we try not to make too many changes. Whoever plays should get enough opportunities, that's how I look at it," he said.

KL Rahul scored his second hundred of the season with 103 from 62 balls and was awarded Player of the Match.

" I tried to stay in the moment and see what's expected from me. Fingers crossed I can carry on doing the same thing," he said.

The 30-year old was happy with the team's batting depth.

"We do back deep with Holder walking in at No. 8 and he has hardly batted. When you have that depth, you can play freely and take more chances," he said.

Jason Holder, Krunal Pandya and Ayush Badoni were all among wickets as Rahul felt that the presence of allrounders in his team makes things easier.

"We were lucky enough to get some of the finest allrounders, having them in the team I have options in the middle, and that makes my life easier," he said.