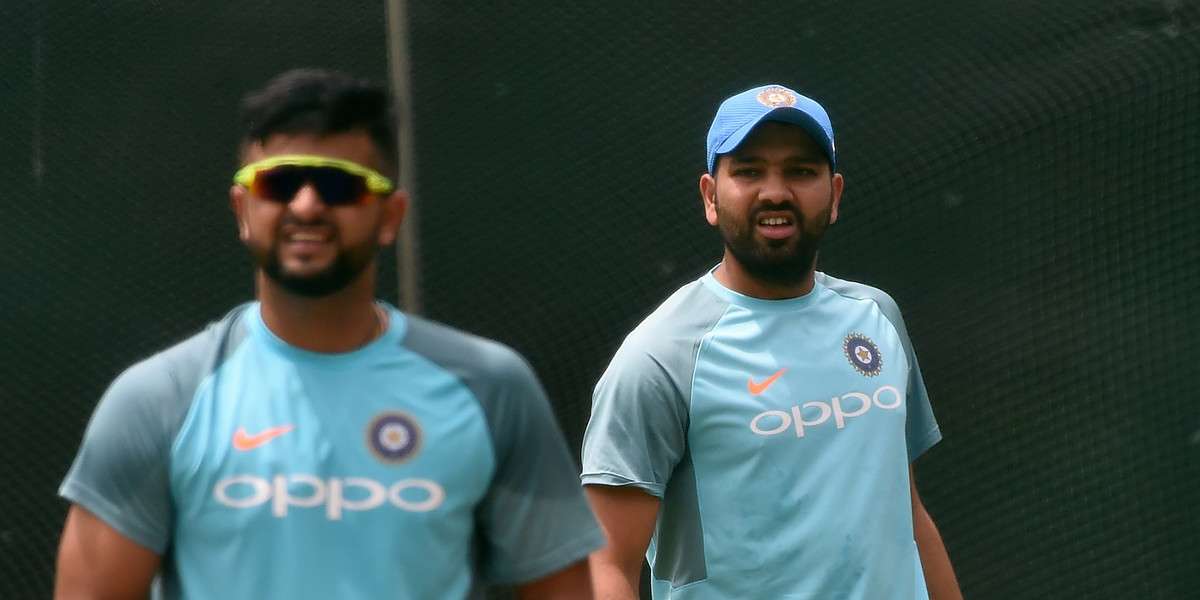 Speaking to Suresh Raina on an Instagram Live chat, Rohit Sharma spoke on a variety of topics

India's limited-overs vice-captain Rohit Sharma expressed his desire to see Suresh Raina back into the Indian national side while was also hopeful that India will win at least two of the three World Cups (two T20 and one ODI WC) in the next few years.

Speaking to Raina on an Instagram Live chat, Rohit spoke on a variety of topics including MS Dhoni's return to international cricket. The duo also elected an all-time CSK-MI XI which had Dhoni as captain.

"I know it is very tough to be out of the team after playing for so many years. We used to talk that we should have Raina in the team in some way. You have the experience and ability with bowling and fielding," Rohit said.

"I feel that we have seen you play for such a long time, somehow or the other you should be back in the team. But then we will see, we make do with what we have in our hands."

Once the poster boy of Indian cricket in the white-ball formats, Raina has fallen out of reckoning in the selectors' eyes. The stylish left-hander last played an international for India back in 2018 and at 33 his chances of making a comeback into the team look increasingly tough.

The southpaw though said that he had a lot of cricket left in him and was hopeful he will make a comeback to the Indian side in future.

"I had an injury and a surgery which was a big reason why I lost my place," Raina said. "I still have a lot of cricket left in me. Selection is not in our hands, performances are.

"I have always enjoyed my cricket and the big players always backed us when we were young. So that is what we need, someone to support us and show the way."

Rohit cited his own example of missing out during the 2011 World Cup, that India won. He said though he was left bitterly disappointed on being left out, he went back and worked doubly hard on his methods and came out as an improved cricketer.

"The 2011 World Cup was the best example for me. In the 2011 World Cup, I was not part of the team. I had a lot going at that time as well," the Indian limited-overs vice-captain said.

"I was continuously thinking how to improve myself. I saw my dismissals over the course of one year and tried to work on my mistakes. It is heartbreaking and disappointing when you are away from the game but the way you come back is important."

Rohit, who had a terrific ODI World Cup 2019, where he scored an unprecedented five centuries, also spoke about how winning a World Cup is most important. He went on to say that India should aim at winning two out of the upcoming three World Cups (two T20 World Cups and one ODI World Cup) in the next few years.

"That is why there are so many feelings and emotions attached when you talk about the World Cup. I think we have a golden opportunity in the three upcoming World Cups. I have said this before that we should ideally win two of the three of those World Cups."

Rohit and Raina are in someways contemporaries. While Rohit made his international debut in 2007, Raina got his India cap slightly earlier in 2005. Both players spoke in detail about how the atmosphere was like when they made their debut all those years back and how much it has changed over the course of time.

The duo also lavished praise on Yuvraj Singh, who was already a well-established player when the two made their respective India debut.

"When we came into the team, I came a lot later than you there were so many seniors in the team and the atmosphere in the dressing room was school-like. I used to be very scared of Yuvraj Singh. He was supportive too. The first two years I wasn't too close to him but slowly I understood his nature and how it was different," Rohit said.

Raina too echoed Rohit's sentiments. "Yuvi pa has always been very supportive. Even during the 2011 World Cup campaign, no one knew about his health. I was batting with him when he scored a century against the West Indies, he also vomited a couple of times but he still played the entire World Cup like that. He gave 100% in everything, batting, bowling, fielding despite being in so much pain."

To end the session, Rohit and Raina both selected their all-time CSK-MI eleven. Both players are an integral part of the IPL and have played key roles in title victories for Mumbai Indians and Chennai Super Kings over the years.

The two named Sachin Tendulkar and Matthew Hayden as the opening pair of their team while going in with South African Faf du Plessis at No.3. They slotted Ambati Rayudu at No.4 followed by MS Dhoni and Kieron Pollard at five and six respectively.

They then had three all-rounders, Dwayne Bravo, Hardik Pandya and Ravindra Jadeja in their lineup. Jasprit Bumrah and Harbhajan Singh were their two bowlers. 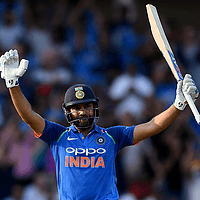