We ticked the win box, have to wait for NRR scenario, says Starc 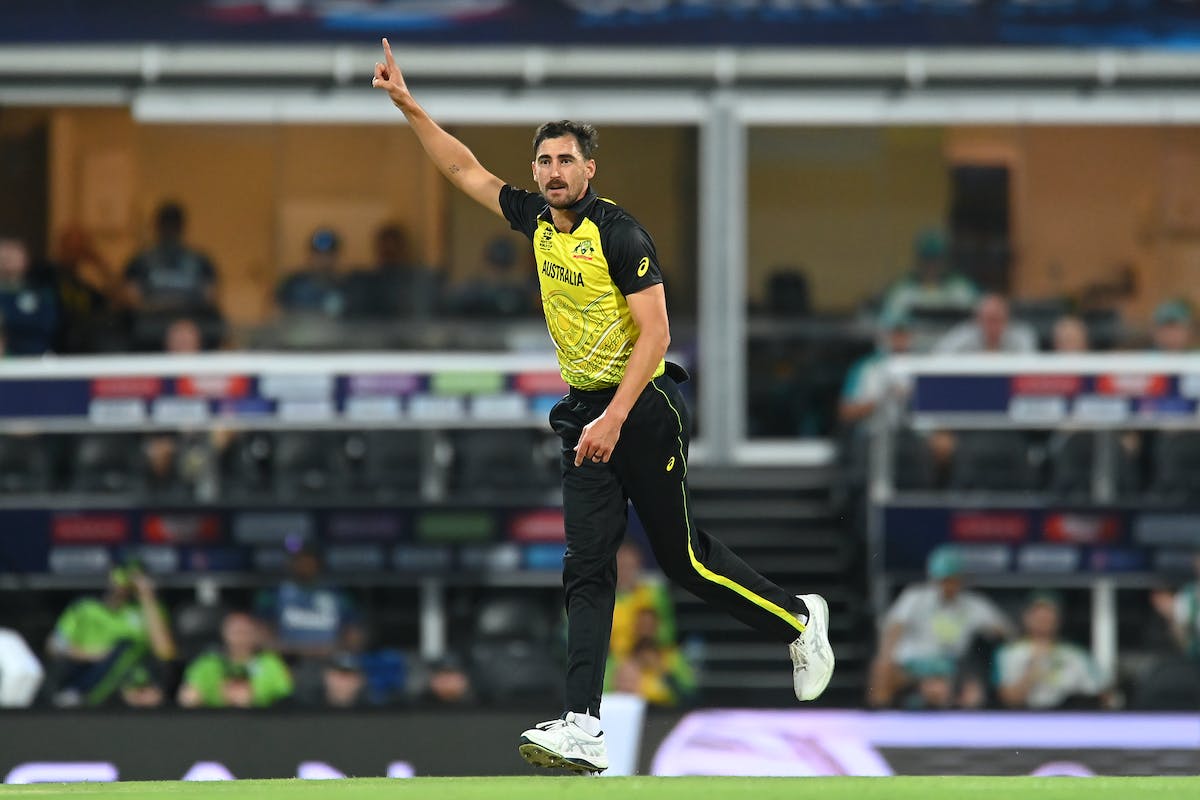 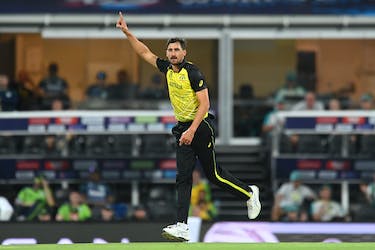 We ticked the win box, have to wait for NRR scenario, says Starc

Australia needed to beat Ireland by 74 runs in order to bring their Net Run Rate to positive, but managed a 42-run victory

Australia pacer Mitchell Starc was happy that Australia have chalked up a win against Ireland by 42 runs on Tuesday. The defending champions, who posted 179/5 in 20 overs at The Gabba, needed a win by 74 runs to take their Net Run Rate into positive digits. But a win is a win, said Starc.

Australia are currently second in Group 1 with a NRR of -0.304 and will hope for an England win in Wednesday's clash against New Zealand in Brisbane.

"First and foremost, we need to win these games, so we tick that box. I think we bowled quite well, and generally here at the Gabba in night games when it gets dry, it's generally a good chasing wicket. I mean, our power play was excellent, and we certainly put them on the back foot. I think they tried to stay aggressive and we batted quite well throughout the innings," Starc said in the post-match press conference.

"We'll wait and see what the result is tomorrow (England vs New Zealand) and then we could be not having to worry about talking about net run rate," he added.

"For us it's just trying to win these games. First and foremost, because if you don't win, it (NRR) doesn't matter, does it? Yeah, a tick of the box today. We brought that run rate back a bit, and we'll see how we place in 24 hours."

Australia had multiple injury concerns as captain Aaron Finch, allrounder Marcus Stoinis and middle-order batter Tim David left the field at different times during the second innings. Finch, who scored 63 off 44 balls, was struggled with his hamstring which was also the case with David, who did not field at all. Stoinis, was off the field few times, but bowled one over.

Starc said the trio did not have too much trouble and said the medical team will get to know about the extent of their injuries soon.

"Not much. There's a bit of soreness around. I'm not sure. I guess we'll hear from the physios and medical guys tomorrow. They're in good spirits. I don't know what is the extent or where everyone's place is. They're off the field, so there's something going on there," Starc said.

"Really a hammy twinge I think, I will get a scan tomorrow, I have a history of them. It doesn't look bad at the moment but let's see how it goes after the scan," Finch said in the post-match presentation.

Starc, who has usually used to be Australia's new-ball bowler, has been shifted to the middle overs and death in the World Cup. He bowled five overs in the middle, four in the powerplay and three overs at the death from three matches and claimed three wickets at an overall economy of 8.5. Against Ireland, the left-armer swung the momentum in Australia's favour by removing Curtis Campher and George Dockrell for noughts in the fourth over.

Despite the changes to his role, the left-armer said that the intent to get wickets doesn't change.

Wicket-keeper batter Lorcan Tucker was the bright spot for Ireland with an unbeaten 71 off 48 balls. Captain Andy Balbirnie was full of praise for the 25-year old, who kept scoring at a brisk pace despite wickets falling at the other end.

"Brilliant innings. He has had a really good World Cup for us. I think these wickets suit him. He has played with such freedom and clear plans. Kept us in the game, although towards the back end 7 or 8 wickets down was always tough. But certainly the way he was playing, if we maybe got him on the strike to face a bit more at the end, who knows?" Balbirnie said.

Australia will take on Afghanistan in their final Super 12 game on November 4 (Friday) at Adelaide. Ireland will face New Zealand on the same day at the same venue.