We were a six and a four short from winning: Sanju Samson 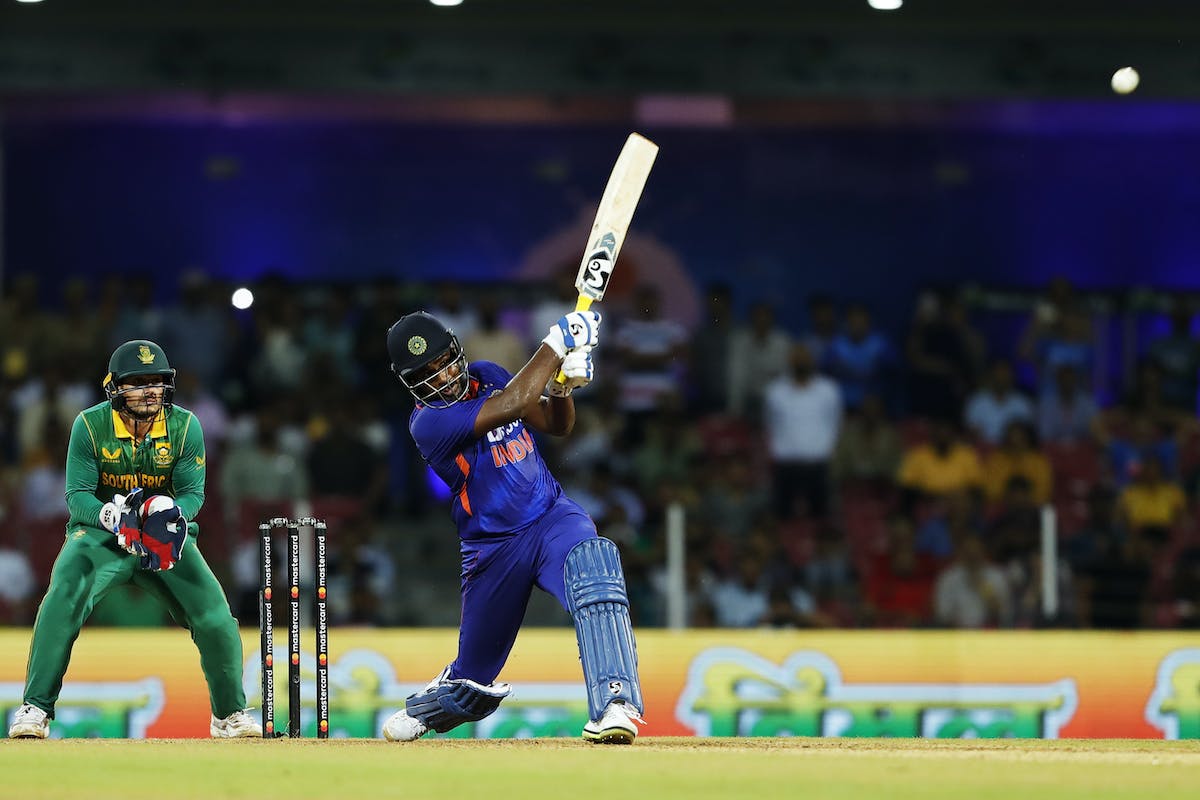 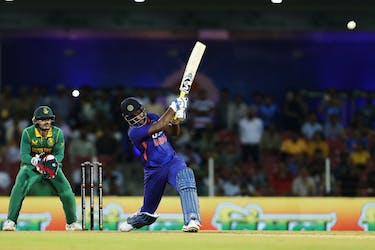 We were a six and a four short from winning: Sanju Samson

Needing 31 runs off the final over, Sanju Samson took India close to a thrilling win at the Ekana Stadium in Lucknow when he thumped a six and three boundaries off Tabraiz Shamsi. A dot off the fourth ball in the over sealed South Africa's win the first ODI on Thursday as they took 1-0 lead in the three-match series.

Chasing 250 in a rain-curtailed 40-over match, India lost four wickets for 51 runs before Samson (86 not out off 63 balls) and Shreyas Iyer (50 off 37 balls) rescued the chase with a 67-run partnership. Despite the climbing run-rate Shardul Thakur (33 off 31 balls) and Samson brought the hosts closer with a 93-run partnership in just 65 balls.

Samson felt India were just two shots away from a win, but felt that batters had done well.

"I think we were just a six and a four away. We could've won it had we got those two big shots," Samson said in the post-match press conference.

"The plan was to target Shamsi, because today we thought he had conceded runs. I felt that 24 off the final over was still gettable. Our batsmen responded well to the challenge," he added.

Speaking about his innings which came at a crunch time, Samson was happy with his contribution.

"I like to spend more time at the crease and its special when its in the Indian jersey. When you play, you obviously play to win but today, I felt we were just two shots away. But, I'm happy with my contribution," Samson said.

Samson felt that the pitch was difficult to bat against the new ball and eased up after 20 overs.

"It was very difficult to score against the new ball. When Miller and Klassen came in, it became easier -- the ball was stopping little bit and not seaming much. Batting became easier after 15-20 overs," he said.

South Africa also struggled to score in the beginning as they were 110/4 at the halfway point before Heinrich Klaasen (74 not out off 65 balls) and David Miller (75 not out 63 balls) plundered 139 runs in 106 balls, including 54 runs off the final five overs. Samson, while admitting that there is room for improvement, felt that is challenging to bowl to someone like Miller who is fresh off a T20I hundred in the second T20I against India at Guwahati.

"There is certainly room for improvement, but you need to look at the batsmen also. When you are bowling to someone like David Miller, who is the best finisher in the world right now, is very challenging. These days, 50 runs in five overs is quite common. We were not that bad," Samson said.

India handed ODI debuts to Ravi Bishnoi, who finished 1-69 from his 8 overs and Ruturaj Gaikwad, who walked in at No.3 and was dismissed for 19. Ishan Kishan at No.5 was out for a superb turner from Keshav Maharaj. Samson was not too bothered about the mistakes by his teammates.

"Even I made mistakes despite scoring 80-plus. But we will learn from this and try to do better in the next match," he said.

India will face South Africa in the second ODI on Sunday at Ranchi.