We were desperate to show how dangerous we are : Jos Buttler 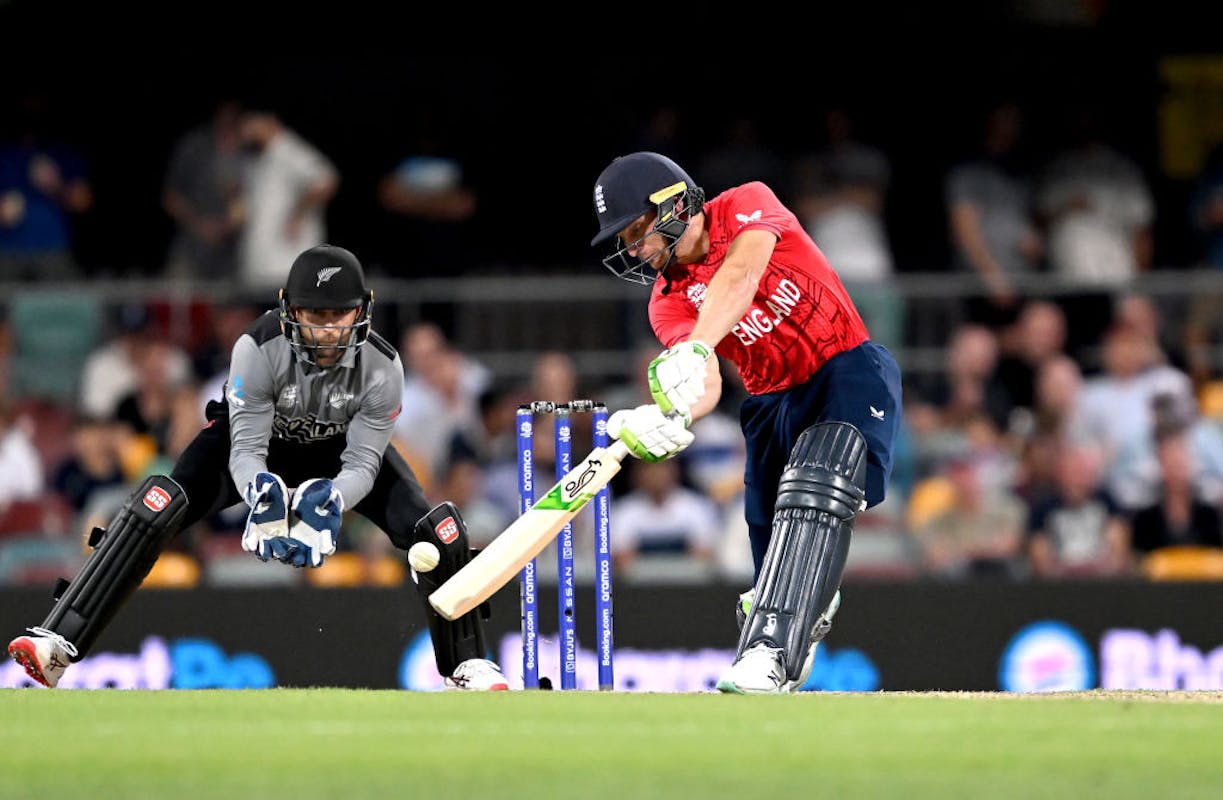 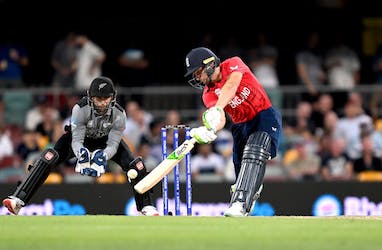 We were desperate to show how dangerous we are : Jos Buttler

Buttler, who led the charge from the very beginning by scoring a 47-ball 73, was very proud of his team’s win and the character they showed during the game

England put quite a convincing performance against the Kiwis on Tuesday to bolster their chances of qualification for the semi-finals of the ICC T20 World Cup. It came on the back of a disappointing loss at the hands of the Irish and then a washout against the Aussies. The win has now put all the teams on high alert, with England aiming to finish at the top of the table in Group 1.

England skipper Jos Buttler, who led the charge from the very beginning by scoring a 47-ball 73, was very proud of his team’s win and the character they showed during the game. That England could kill the run-chase in the middle-overs despite Glenn Phillips and Kane Williamson forging a 91-run partnership made the Manchester man very happy.

“We've played a lot of cricket over the short amount of time recently, but certainly that felt like such a long break. We were desperate to get back out there and show how good we are as a team. We're a really dangerous team. We've got match winners throughout. Having not quite sort of played our best, we were desperate to show that today,” Buttler said in the post-match press conference.

Buttler couldn’t contribute much in the first two games of the tournament, scoring 18 and 0 against Afghanistan and Ireland respectively. With him smashing a swashbuckling 73 on Tuesday settled a lot of chatter and Buttler stated that he felt very good while hitting the balls far away.

“You wanted to say return to form there, didn't you? It's tough to please you guys sometimes. No, got a bit lucky, and I felt really good in the middle, enjoyed it. I think a lot of the time watching is harder. You just want to be in the middle and have some semblance of control. Felt in a really good place in the middle today.

“I was sort of aiming, sort of 165. I thought, if we could get up to 170, I thought it would be a really good score. The only thing I was worried about was if it got really wet and the wicket changed. But Moeen Ali's first over showed it was going to be tough for New Zealand to chase those runs.”

Buttler has shown a lot of composure even in difficult situations and that has helped him take calming decisions with regards to using match-ups and rotating his bowlers. The England skipper stated that “semblance of control” keeps him in good stead.

“I think any time you can draw on experience and situations you've been in, whether good or bad, I think it allows you to have some learnings from that. Again, as I mentioned, any time you have a semblance of control and you're in the middle, certainly for me personally feels a lot more calming than, say, sat watching it and turning into not a very good watcher of the game. But out in the middle and you can sort of back your decision,” Buttler said.

“It doesn't mean you'll always make the right one, and sometimes you'll get away with making the wrong one and it just comes off. But certainly knowing you are making those decisions allows it to rest pretty easy.”