We were going to make it as hard as possible for Pujara: Cummins 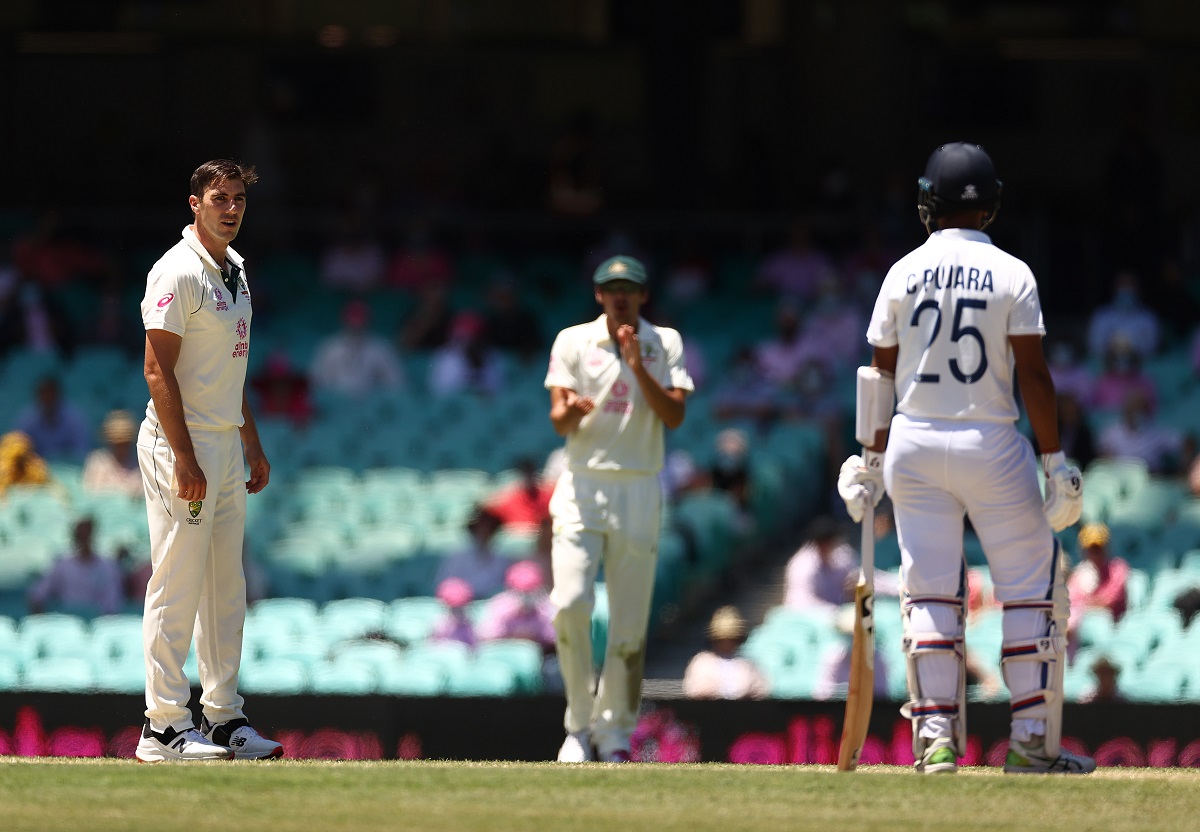 We were going to make it as hard as possible for Pujara: Cummins

Australia entered the four-match Test series against India determined to make it "as hard as possible" for Cheteshwar Pujara to score, the home team's pace spearhead Pat Cummins said after his terrific display in the third Test on Saturday (January 9).

Pujara has been criticised for his ultra-defensive approach in the series so far and instead of propping up his team's response to Australia's first innings total of 338 all out, his painstakingly slow 50 off 176 balls on the third day of the third Test here derailed India's momentum.

"Today I got a bit of assistance from the pitch. But he (Pujara) is someone you know you are going to have to bowl a lot at," Cummins said during the virtual post-day press conference.

The world's number one bowler returned fine figures of 4/29 and dismissed Pujara, who had been a thorn in Australia's flesh during the 2018-19 series, for the fourth time in the ongoing rubber.

"We got our head around that this series, for him to score runs, we are going to make it as hard as possible, and whether he bats for 200-300 balls, we would just try and bowl good ball after good ball, challenge both sides of his bat, and fortunately, so far it has worked."

Cummins was asked about Pujara's slow scoring rate and the pressure it puts on other batsmen.

"It's one of those things. You know he (Pujara) is going to hang around. As long as you are controlling the scoreboard. At one stage he had been out there for 200 balls or 150 balls and I looked up there thinking they are still 200 away from our first-innings total.

"So, that fell a long way away and if we continue bowling well, you're not overly bothered."

"I think having Greeny (Chris Green) in there as a bowling option as well helps so we're not having those big 20-over days," he said.

After posting 338 in their first innings, Australia bowled out the visitors for 244 to take a substantial 94-run lead.

By stumps on the third day, the hosts had extended the lead to 197 runs by reaching 103 for two.

According to Cummins, his team is in a great position but he expects India to bounce back.

"I think, at the start of the day, I was kind of hoping that we wouldn't end the day still having to bowl, so to be having 200 lead with eight wickets in hand on a wicket that is deteriorating pretty quickly, great result," the 27-year-old added.

"I think they are a good side, I am sure they are going to bounce back but in terms of getting the bowlers back out there for another day, they have now bowled for three days in a row, those kinds of things do add up," he added.

Cummins said the hosts would look to take the lead beyond 300 runs at least.

"The big thing is to keep that lead get up over 300-odd and hopefully the wicket keeps deteriorating and make that a really tough total to score on day four and five," he added.

For India, both Rishabh Pant and Ravindra Jadeja were sent for scans after taking nasty blows while batting.

Asked if that gives Australia a mental edge, Cummins said, "We would wait and see, who knows. Don't know whether Jadeja is going to come out and bowl, Rishabh being straight away replaced with (Wriddhiman) Saha, so we will see."

Australia were exceptional in the field as they affected three run-outs in India's first innings and Cummins was all praise for his teammates.

"It doesn't happen very often. I thought both Josh's (Hazlewood) and Marnus' (Labuschagne) direct hit run outs, especially getting a top-order batter like (Hanuma) Vihari came seemingly out of nowhere.

"The fielding at the MCG was spoken about a lot. And in between Tests we did quite a lot of work on it. Not only the run-outs, I thought the attitude in the field was fantastic, really good team effort today," he added.

On his own performance, Cummins said it was right up there with his best efforts.

"I'd say it's right up there. Rhythm feels really good. I would say I have got pretty good control on not only where the ball is landing but I guess the seam movement as well. Hopefully it continues.

"No doubt having come into this series quite fresh as well, not having played Tests since the end of last summer, that's a massive help and even three-Test legs still feel really fresh, so don't discount that either," he signed off.

The matches are being broadcast live on Sony Ten 1, Sony Ten 3 and Sony Six. 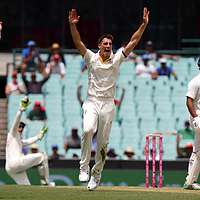 NEWS
We've got to find a way to outlast Pujara: Cummins
The India batsman finished the Test series against Australia in 2018-19 with 521 runs at 74.42