We were not good enough: Jasprit Bumrah 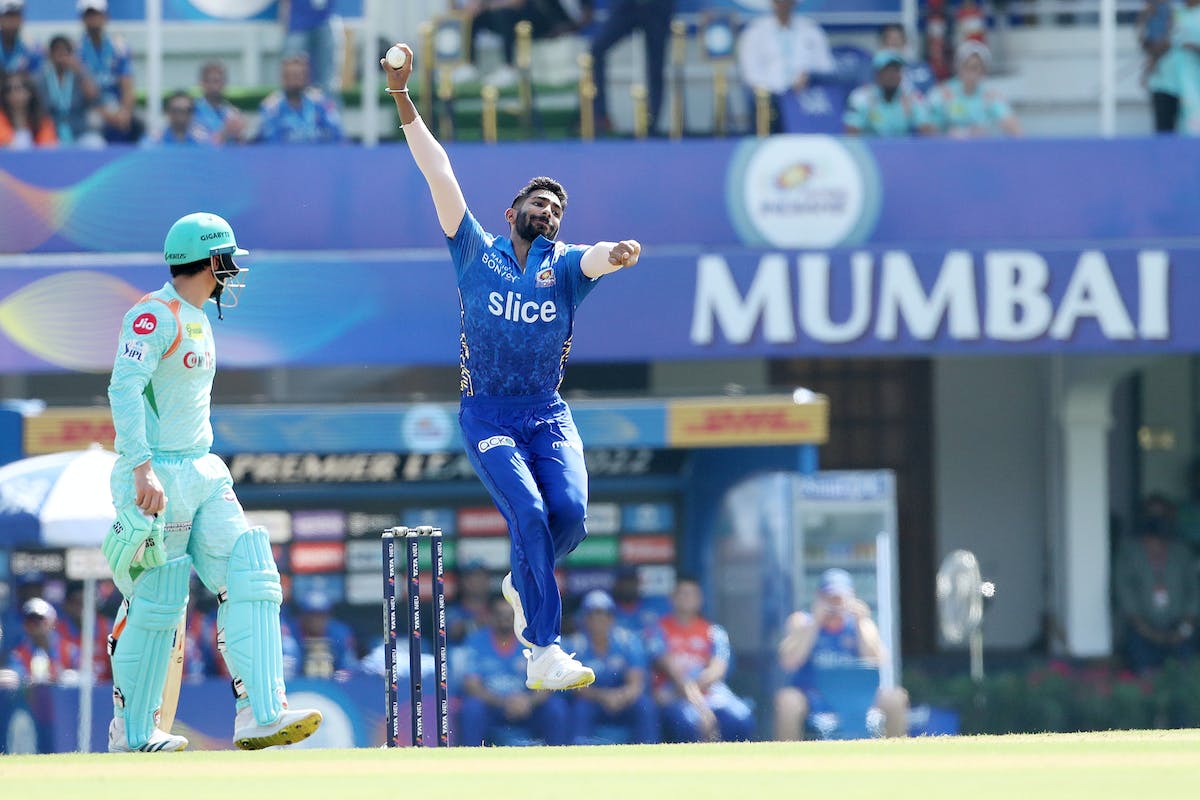 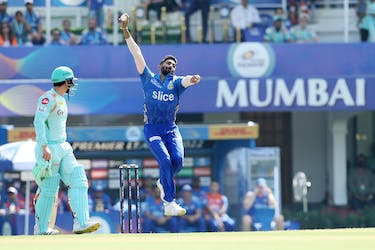 We were not good enough: Jasprit Bumrah

The five-time champions of the Indian Premier League, Mumbai Indians, suffered an 18-run defeat against the Lucknow Super Giants in the afternoon clash on Saturday (April 16) at the Brabourne Stadium in Mumbai.

Jasprit Bumrah, who has been the standout bowler for the Mumbai side, admitted that they were not good enough after slumping to their sixth successive defeat in their IPL campaign.

"We have been in a fight. A lot of games will be little luck here or there. But it is the way it is. We are not shying away that we were not good enough, and the table is not lying," he said in a post-match press conference.

"In the rest of our games, we will try to give our best shot and come out on the better side," he further added.

Bumrah said the team is still trying to be positive as they "haven't lost everything in life".

"Life has not ended, and the sun is going to rise again tomorrow. This is the game of cricket. Somebody has to win or lose. We haven't lost everything in life, right? We just lost a cricket game. That's the spirit which is there in our team.

"Nobody is as disappointed as we are. Nobody from the outside can see the hard work we have put in,' said Bumrah.

The skipper of the Lucknow team, KL Rahul scored an unbeaten century to power the team to a massive total of 199 runs in the first innings. While Bumrah conceded only 24 runs in his quota of four overs, the rest of the bowlers were smashed all around the park.

"Obviously, it's disappointing. Nobody wants to lose, and we are no different. But it is the way it is. We are accepting it and taking it on the chin that 'okay, we have not been good enough and fallen short on the trot'.

"We are not looking at okay; we are now going on a crazy run. So we are looking at what we can control. We have been in a fight and made a game out of previous games," added the India pace spearhead."

"It's just that we have fallen short whenever there has been pressure as soon as people start to throw punches at you. We accept that and go back to the drawing board to keep working hard and come back with the same intensity."

"We will try to do that, and whenever the next game comes up, that's how we will look forward to the season," he concluded.