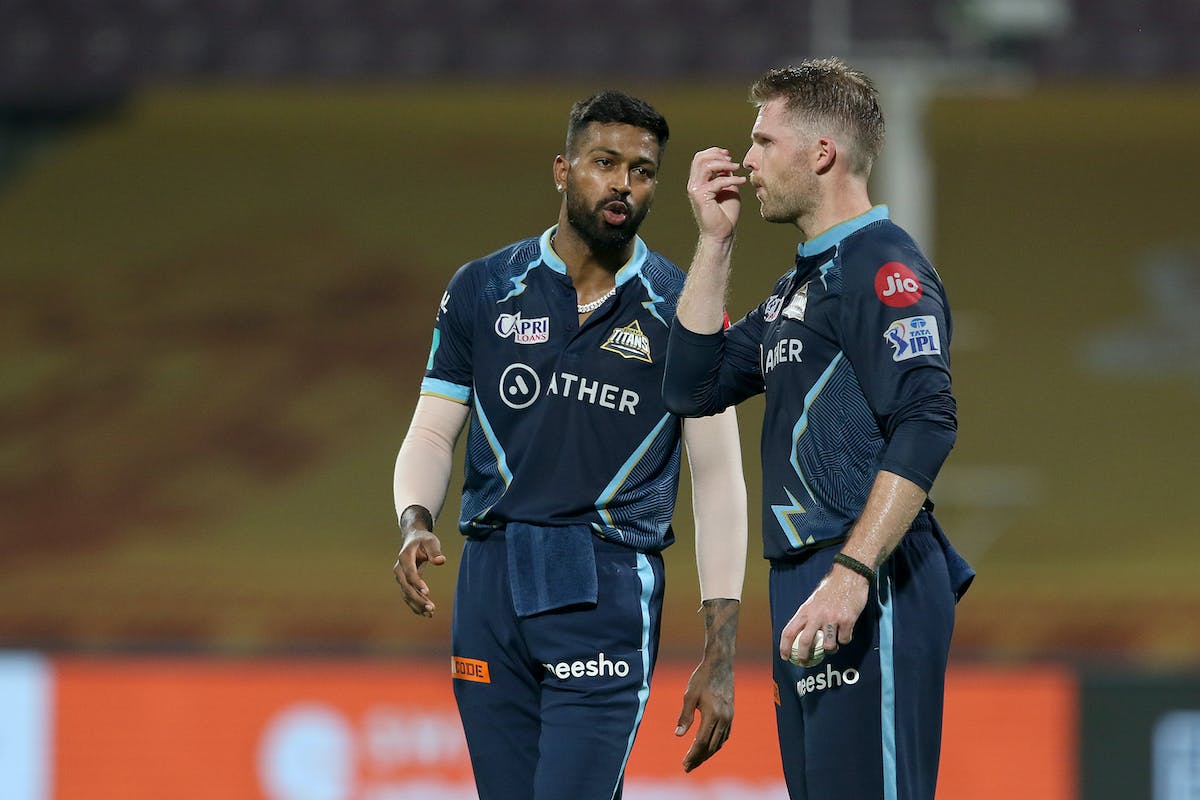 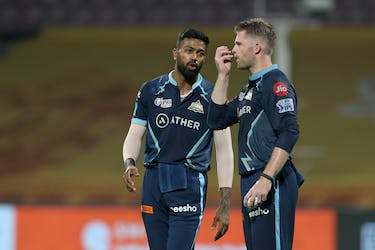 Batting first in Navi Mumbai, Gujarat could only post 143 as they slipped to their second defeat of the season

Gujarat Titans captain Hardik Pandya, on the back of his side’s 8-wicket loss at the hands of Punjab Kings, asserted that his team lost the game with the bat in hand, and claimed that the Titans were not even close to par.

It was the Titans that won the toss and opted to bat first, but the table-toppers’ innings never got going. They endured a poor start with the bat, losing three wickets inside the first 7 overs, and even though young Sai Sudharsan scored a fine fifty, Pandya’s side were unable to put pressure on the Punjab bowlers as they finished on 143/8. The wicket was two paced at times, but the target did not trouble Punjab, who chased it down with 4 overs to spare.

Speaking post the game, skipper Pandya admitted that his side batted poorly.

“We weren't even close to a par score. 170 would have been ideal, but we kept losing wickets regularly and never came anywhere near it,” Pandya said after the game.

But the GT skipper defended his decision to bat first, claiming that the team wanted to challenge itself by getting out of the comfort zone of chasing.

“I backed ourselves with the bat, batting first wasn't a wrong call, we needed to come out of our comfort zone (which was chasing targets). We have chased well in this tournament, if required (later on in the tournament), we had to know how to set targets.”

Despite the loss, however, GT find themselves sitting mighty at the top, with 8 wins from 10 matches. Pandya attested that the side will be aiming to regroup and get back to winning ways in the games to come.

“This is part of a learning curve, but this is all about learning to come out of our own comfort zone. We were always talking about getting better even when we were winning, we would talk about things that didn't go our way (today) and would look to come back better in the coming games. We have another game in a couple of days, we need to regroup, winning and losing is a part of sport,” Pandya said.

The Titans have a two-day break, post which they take on Mumbai Indians at the Brabourne on May 6th.