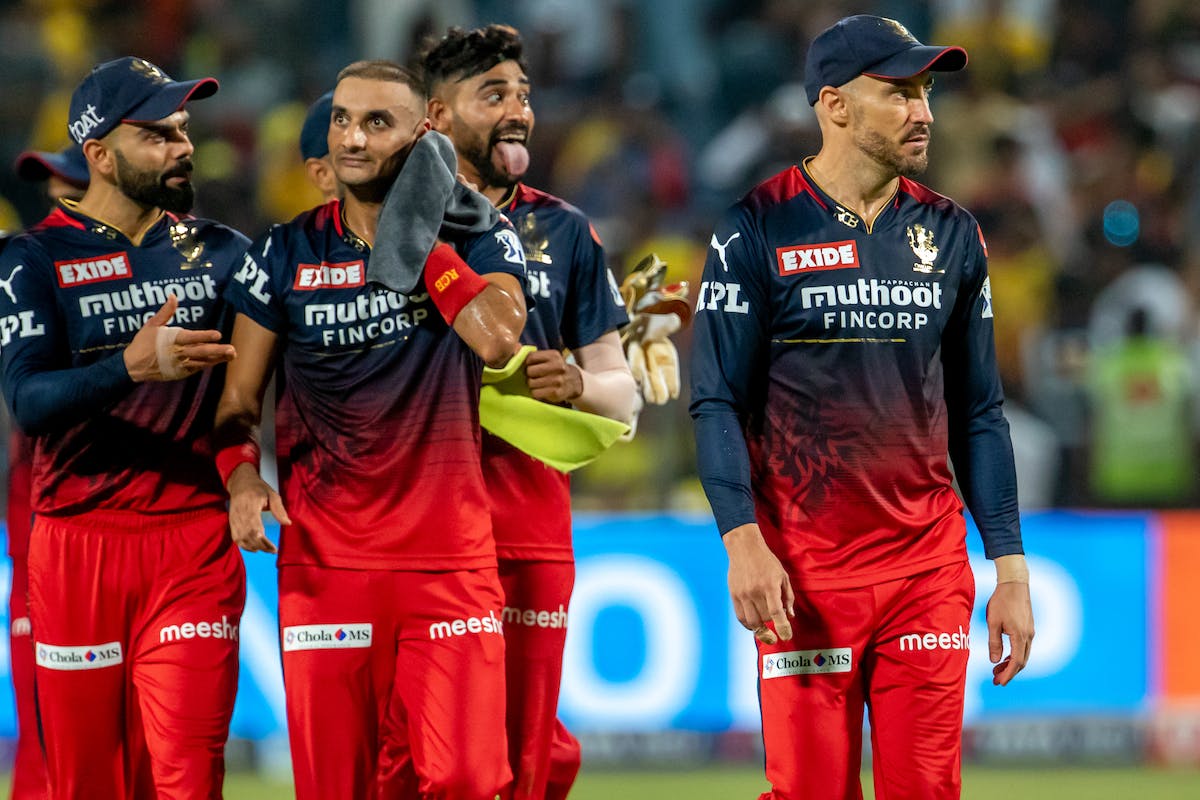 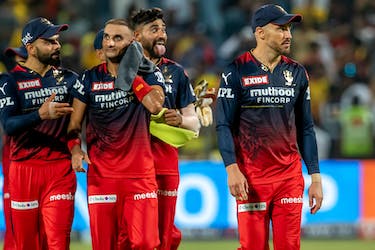 Royal Challengers Bangalore skipper Faf du Plessis, on the back of his side’s 13-run victory over the Chennai Super Kings in Pune, stressed that the team needed the win on Wednesday to gain confidence, and claimed that RCB are moving in the right direction as the business end of the tournament beckons.

RCB entered Wednesday’s clash having lost each of their previous three encounters, but despite losing the toss, the Reds started the game on the front-foot. They lost their way in the middle, but cameos from Mahipal Lomror and Dinesh Karthik helped them post 173, which according to du Plessis was 10-15 above par.

CSK entered the chase as favorites, but a fine team effort with the ball saw RCB restrict the Super Kings to 160 to register their sixth win of the season and reclaim fourth spot.

Speaking post the game, du Plessis asserted that he’s pleased with the direction his side is moving in.

"We definitely needed that, just for the confidence in the group. The guys have been doing some good things behind the scenes but you have to do it out in the middle,” du Plessis said after the game.

“To put up a decent total today on a wicket with a bit of challenge towards it, I think we're definitely moving in the right direction with the batting lineup and confidence the guys are getting. With the bowling department, we've been very good throughout the tournament so it was just a case of backing it up with some good runs.

“I thought 165 was a par score so anything above that would be nice to get. The Powerplay was probably going to be the easiest time to score because the wicket had a little bit of stop to it. They had a good start in the Powerplay, but once we got two wickets, I thought we were excellent.”

The RCB skipper further praised the energy his side showed on the field, and said that the Reds are blessed to have multiple players who boast captaincy experience.

“Energy in the field was amazing, guys diving all over the place, great catching and some good bowling as well. We're very lucky to have experience and guys who captain their own teams. It's great for me, when there's some questions to be asked that I can lean on a really good senior player group. The communication is getting better on the field now that we know each other a bit better.”

Despite not being at their best, RCB managed to post 173, something that eventually turned out to be a winning score, but the performance of the team’s big guns left a lot to be desired. Du Plessis admitted that the team can improve with the bat, and, going forward, hoped for one of the top four batters to bat through and post big individual scores.

“We just want to keep improving in the batting department. We want one of the top four to bat through and get that 70+ score because we've got enough power around that can come in. So it's just that consistency around the batting unit and keep making sure we play a positive brand of cricket and not be too defensive.”

The two points RCB gained at the MCA Stadium on Wednesday has propelled them to fourth spot for the time being, but they are far from favorites to maintain the position, thanks to their net run rate. The Reds did not improve their NRR by a whole lot against CSK, but du Plessis said that, should a chance arise in the next three games, the team will look to put the foot down and improve the NRR. The RCB captain, however, made it clear that the team’s primary objective is to clinch the points.