We’re not thinking too far ahead, taking it one game at a time: Jadeja 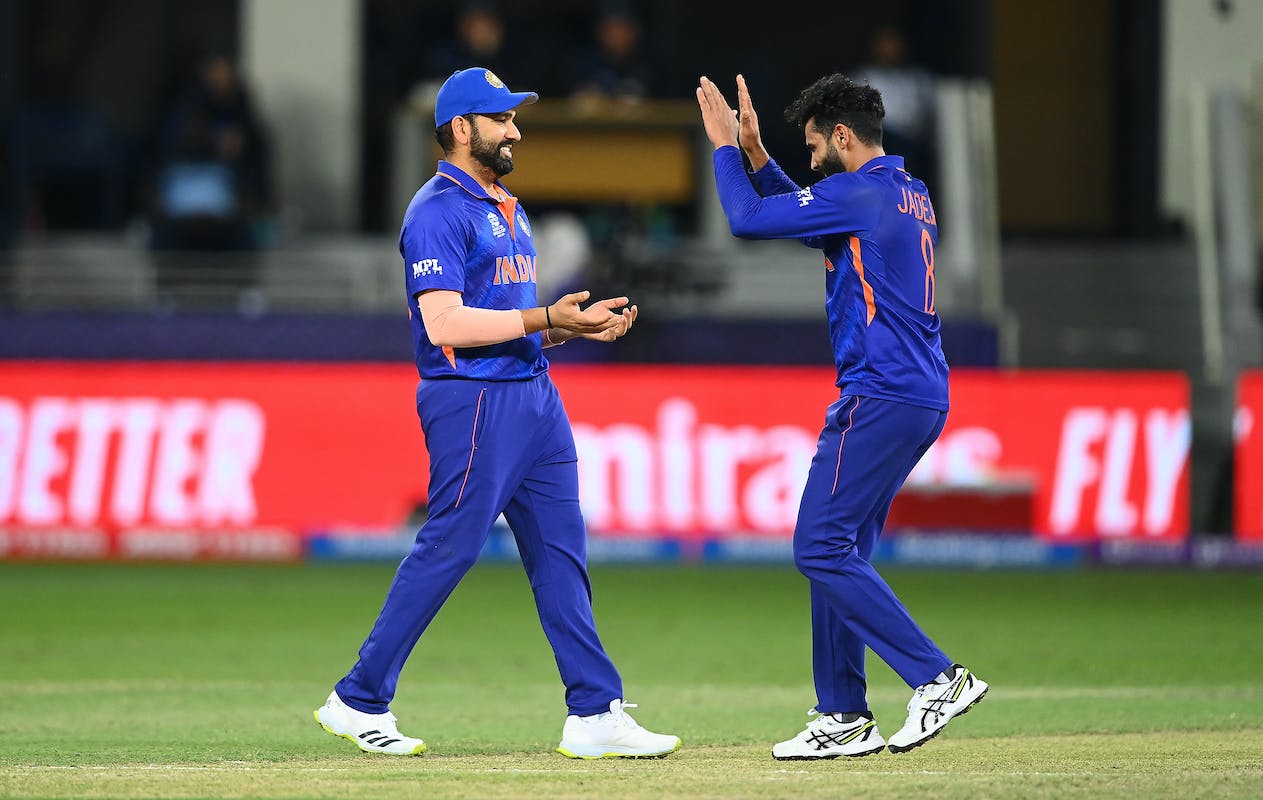 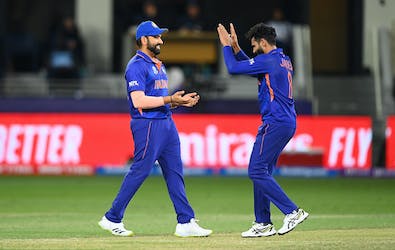 We’re not thinking too far ahead, taking it one game at a time: Jadeja

Having won 17 of the 21 T20Is they’ve played so far this calendar year, team India are shaping up to be red-hot favorites for the T20 World Cup in Australia next month, but ahead of the side’s Asia Cup clash against Hong Kong in Dubai, all-rounder Ravindra Jadeja insisted that the team are not ‘thinking too far ahead’.

India entered the Pakistan clash on Sunday having won 7 of their previous 9 T20Is, and in Dubai, the Men in Blue made it 8 in 10 by overpowering the Babar Azam-led side that showed plenty of fight and character.

But despite the side’s utter dominance in the shortest format this year, Jadeja stressed that the team is consciously taking it ‘one match at a time’, and are currently only focused on the job at hand, which is overcoming the Nizakat Khan-led Hong Kong unit.

"We will look to play positive cricket, as a team we will try and give our best in each game. We will look to focus on each game, try and take it one game at a time. We will try to not think too far ahead (about the World Cup). We are still here in UAE and our focus currently is on the Hong Kong match,” Jadeja said on Tuesday, in the press conference prior to the Hong Kong clash.

The 33-year-old further asserted that the Men in Blue will not take Hong Kong lightly. The Nizakat Khan-led unit will enter Wednesday’s clash as massive underdogs, but they notably are currently on a three-match winning streak, having won all their games in the Qualifiers.

"We are going to play against Hong Kong with a positive mindset and we will not take them lightly. On a given day, anything can happen in T20Is. We will give our best and play positively,” Jadeja said.

India will enter the Hong Kong clash having won each of their previous 4 T20Is, and Jadeja played a crucial role in the last of the four wins, with the bat in hand. Promoted to No.4 in the absence of Rishabh Pant — in order to counter Pakistan’s spinners — Jadeja struck a match-winning 35 that took the game away from the Men in Green. Spin is not Jadeja’s forte, but the southpaw, on the night, took on the left-arm spin of Mohammad Nawaz (SR of 185.7) to deter Pakistan’s plans.

Prior to the contest the 33-year-old had batted only twice in the Top 4, but the left-hander revealed that, with Pant not in the XI, he was mentally prepared to walk in early and do a job for the side.

“So I was aware that I could face this situation. I prepared myself mentally accordingly. Luckily, I went and my knock was crucial," he said.

But when asked if him batting in the Top 4 would become a common sight, Jadeja claimed that there was ‘no guarantee’.

"There is no guarantee. Every bowling unit has different composition and different strengths. So we'll plan accordingly."

The Indian spinners — Chahal and Jadeja himself — did not have the greatest of impacts against Pakistan, returning combined figures of 0/43 off 6 overs, but Jadeja insisted that, despite going empty on the wickets column, the slower bowlers did their job. The all-rounder attested that Sunday was one of those nights where everything the pacers touched turned into gold.

"Spinners also contributed. But sometimes it happens that you bowl well and you do not get wickets but fast bowlers do not bowl that well but get wickets. T20I is like that. The pacers get wickets on a full toss sometimes. Everyone bowled well and pacers gave us wickets when we needed them. Hardik Pandya gave us breakthroughs, then Bhuvneshwar took two in an over," Jadeja said.