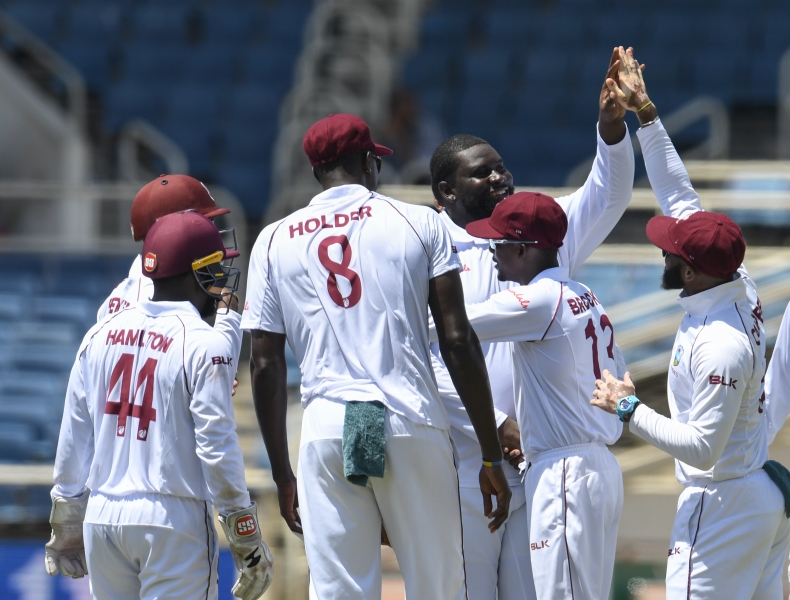 West Indies have begun a two-week quarantine in Christchurch after clearing the first health test on arrival in New Zealand ahead of their T20I and Test series, starting November 27. All squad members, apart from the players participating in the ongoing Indian Premier League in the UAE, assembled in Barbados on Tuesday. Test skipper Jason Holder and T20 captain Kieron Pollard will join their teammates after the IPL.

From Barbados, the players flew out to London followed by Dubai before the group touched down in Auckland. They, then, made a short trip to Christchurch where they will quarantine before commencing training. "The West Indies touring party has landed at the Christchurch Airport in NZ . This marks the final stop on their 54-hour journey from the Caribbean! #MenInMaroon #TeamWI," Windies Cricket tweeted.

"All members of the squad have passed the first health test on arrival to New Zealand and will quarantine before commencing training," it added.

West Indies are the first team to tour two different countries amid the coronavirus pandemic. They had travelled to England earlier this year, marking the resumption of international cricket after the long pandemic-forced break. "Six reserve players have travelled with the Test squad to prepare and ensure replacements are available in case of any injury and, along with other members of the T20I squad, will form an 'A' Team to play two four-day matches concurrently with the Test team," Windies Cricket stated on their website.

The players will be allowed to train after day four of their quarantine period. Unlike the England tour where the players were confined to a bio-secure bubble, the squad here will be able to step out after their quarantine period. The T20 series is set to start on November 27 in Auckland, followed by games in Mount Maunganui on 29 and 30. The Tests are scheduled for December 3-7 at Seddon Park in Hamilton and from December 11-15 at the Basin Reserve in Wellington.