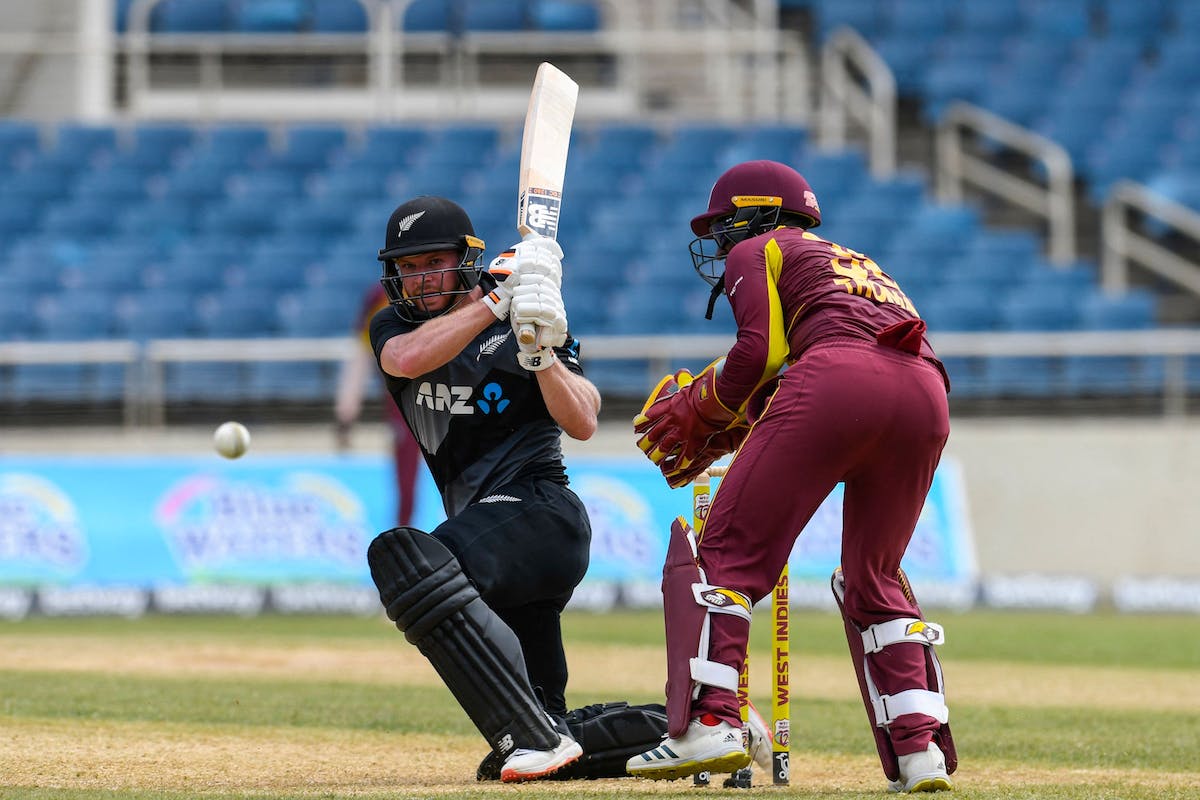 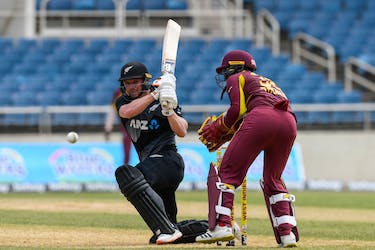 In a one-sided encounter that magnified the rapid decline of the two-time World T20 winners over the past 12 months, the Blackcaps piled up 215 for 5. They then limited the home team to just 125 for 9 in reply to hand the Caribbean side a sixth defeat in their last seven matches in the format.

Glen Phillips' blistering 76 off 41 balls with six sixes and four fours highlighted the tourists' dominant batting performance and earned him the man of the match award after captain Kane Williamson chose to take first strike.

He received excellent support from Daryl Mitchell (48) in an 83-run fourth-wicket stand while opener Devon Conway again made a useful contribution in getting to 42.

"It has been great to come back to Sabina Park and get a good score today," said Phillips in reflecting on his time playing at the venue for the Jamaica Tallawahs in the Caribbean Premier League.

"Credit to the West Indies bowlers up front because they did well in taking pace off the ball, but we executed our overall plans better this time around."

Needing a victory to keep the series alive going into the final match at the same venue on Sunday, West Indies crumbled to spin for the second time in six days. Mitchell Santner and Michael Bracewell returned identical figures of 3 for 15. Ish Sodhi made it seven wickets to spin when he removed Rovman Powell for 21.

They had lost all 10 wickets to spin -– a first in the entire history of T20 International cricket -- in the last fixture of the five-match series against India in Florida last Sunday.

At 87 for 9 at the start of the 17th over, the West Indies on the verge of defeat by an even wider margin.

However, Obed McCoy, top-scorer with an unbeaten 23, and Hayden Walsh featured in an unbroken last-wicket stand of 38, a record for the team in T20Is. McCoy was also the most successful bowler with figures of three for 40 amid the carnage when New Zealand batted.

"We would ideally have liked to play two specialist spinners but Akeal Hosein is being rested so that was a setback," said beleaguered West Indies captain Nicholas Pooran.

"These are the times we have to stick together as a group. It's not easy on the guys."

Player of the match: Glenn Phillips