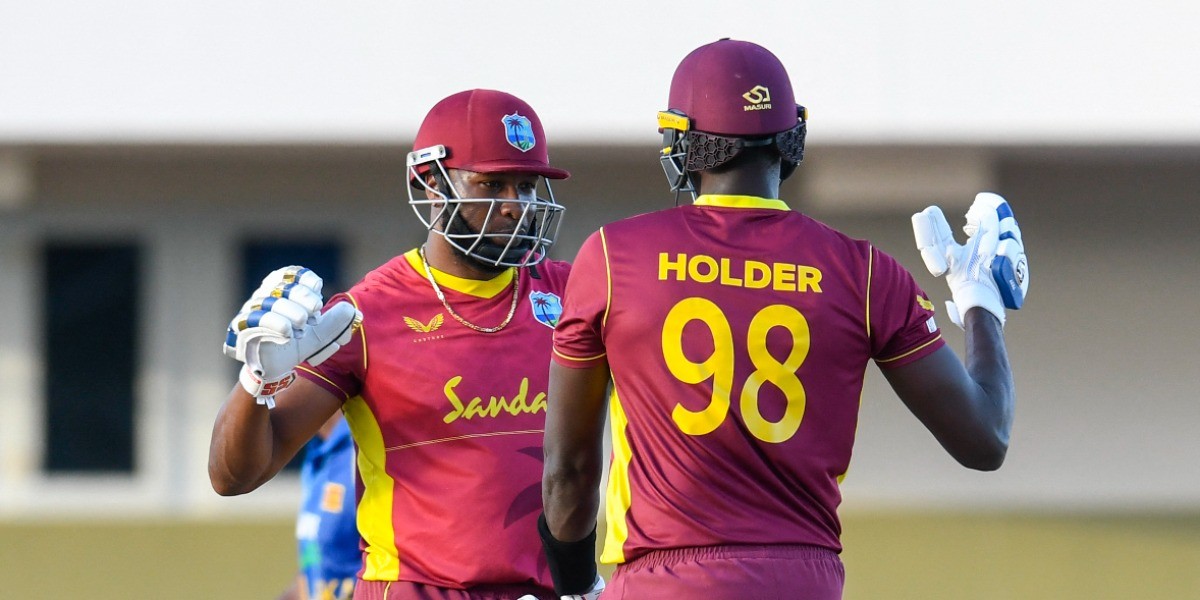 After 10 T20Is this season, the home season in West Indies will have its first taste of ODI cricket since March, 2021. West Indies dominated Australia in the T20Is, winning 4-1 and would like to carry the domination to the 50-over contests as well. West Indies last played ODIs in March when they defeated Sri Lanka 3-0. Meanwhile, Australia’s last ODI assignment came last year, when they beat India 2-1 in the ODIs at home.

There has not been a lot of one-day cricket this year which can make it a tricky format from the fantasy viewpoint. Here are our fantasy inputs based on the Criclytics projections that can help you build your team for the first ODI between West Indies and Australia.

This is Barbados’ first international fixture since January, 2020. Over the last three years, it has hosted four ODIs where the team batting second has won three matches. Spinners have had a fairly successful rate of 2.1 wickets per innings. Pacers have been on the economical side - 5.4 runs per over, the least amongst all Caribbean venues with more than one ODI since 2019. Most the wickets for pace have come after the ball has become a touch older (overs 11-50).

The match has a number of all-rounders on offer and we suggest you to pick three of them. 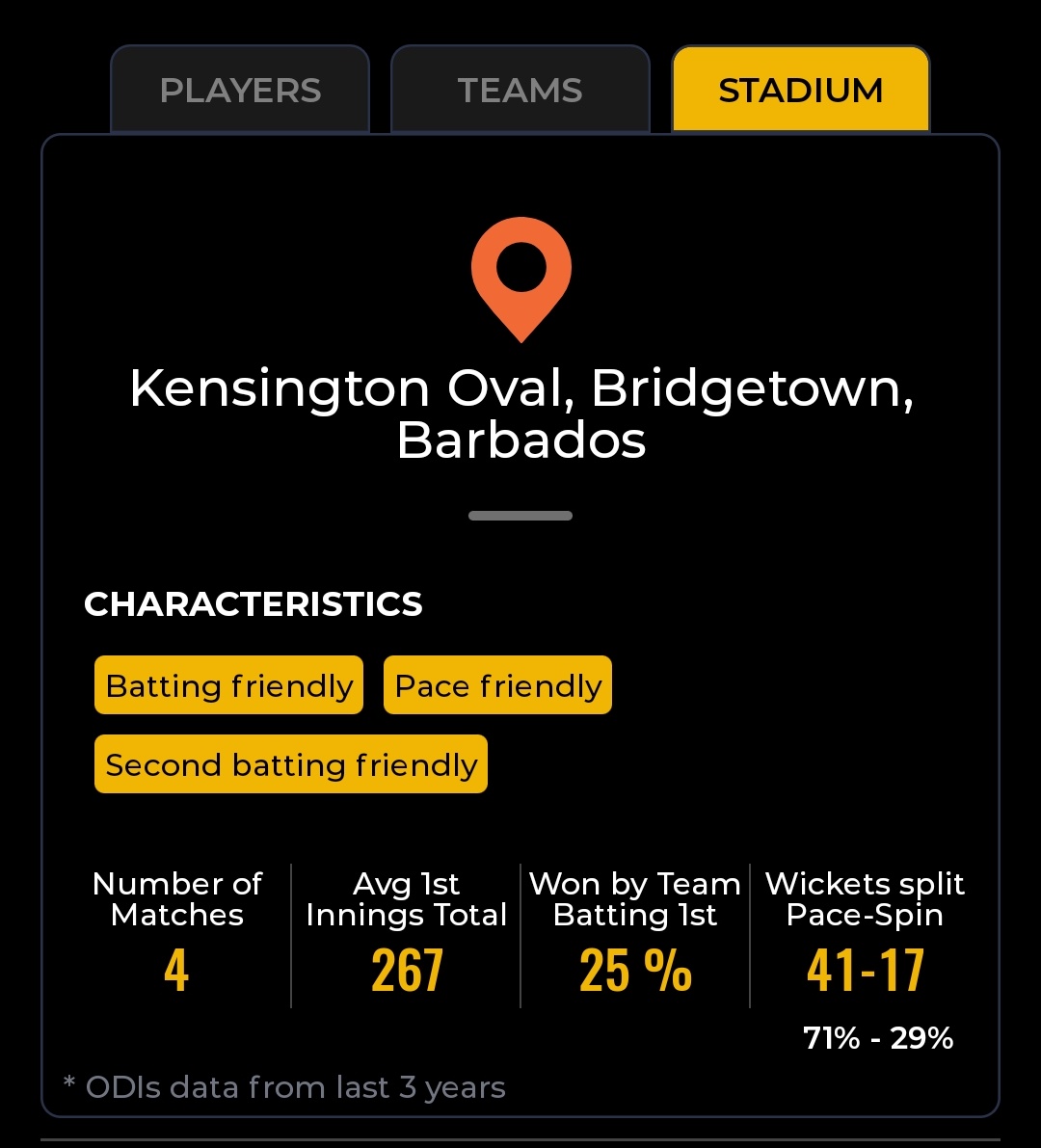 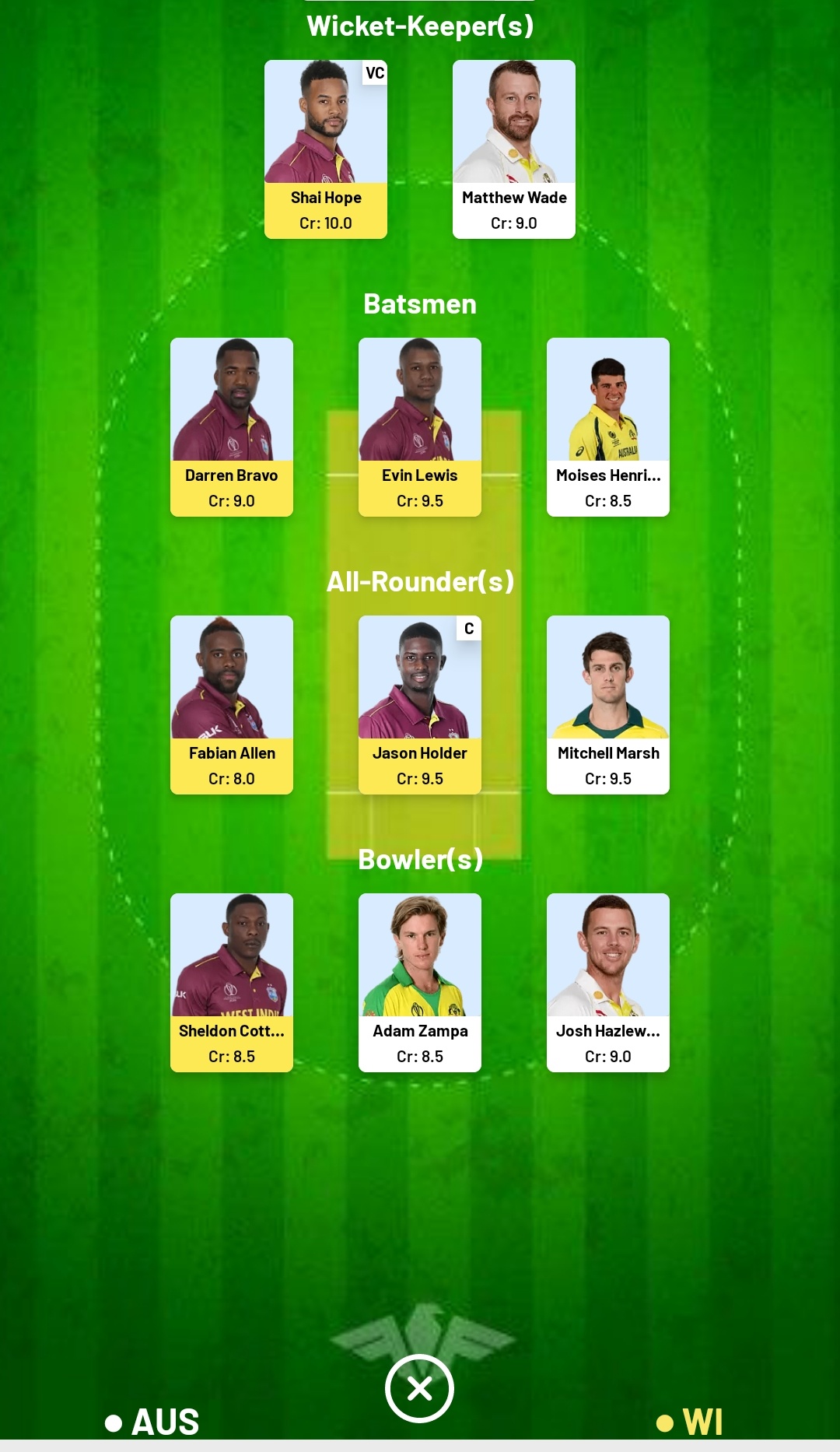 Jason Holder is returning to the field after taking a rest during the T20Is. He will be the leader of the pace attack and is an excellent batsman as well. If West Indies bat first, he should definitely be the captain of your team as it will bring his batting to forefront, maximizing his potential as an all-round resource.

Shai Hope’s Test match form has dwindled but he has continued to be consistent in ODIs, maintaining an average of 60 since 2020. He has four fifties and two hundreds. Once he gets his eye in, Hope makes it count and he can do the same for your fantasy fortunes as well. He will lead the side well if Kieron Pollard continues to rest.

Mitchell Marsh was the silver lining in the T20Is for an otherwise poor series for Australia. Be it with the bat or the ball, Marsh stepped up in both facets of the game. Although, ODI brings new dynamics altogether, Marsh will continue batting at three which provides him the opportunity to lay a similar impact as he did in the T20 internationals. 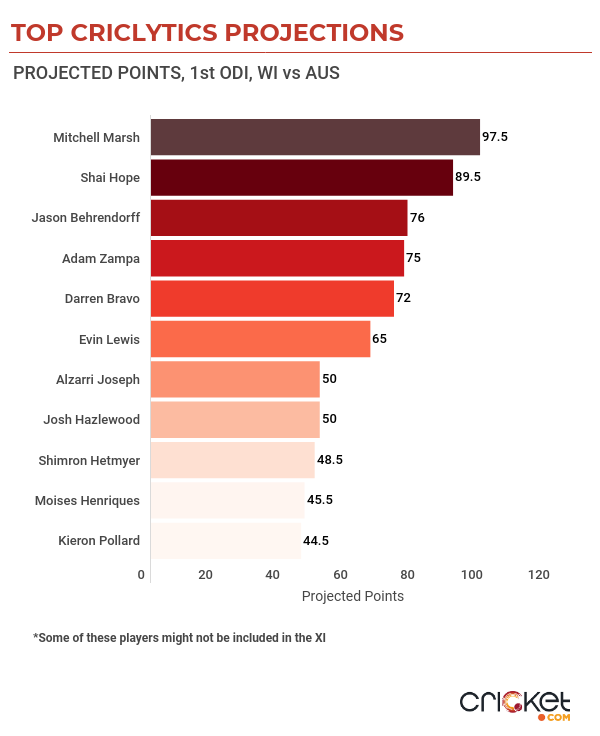 Knee injury has ruled Aaron Finch out of the first ODI. Alex Carey will lead the side in absence and will also keep wickets. Hence, we might see him bat in the lower-order with other two wicket-keepers, Matthew Wade and Josh Philippe open the innings.

Kieron Pollard did not confirm his availability for the opening ODI and may continue to sit out and nurse his injury. At the same time, he has hinted at Hayden Walsh Jr. playing in this ODI series by the virtue of his Player of the Series performance in the T20Is. The leg-spinner was not the part of the original squad. 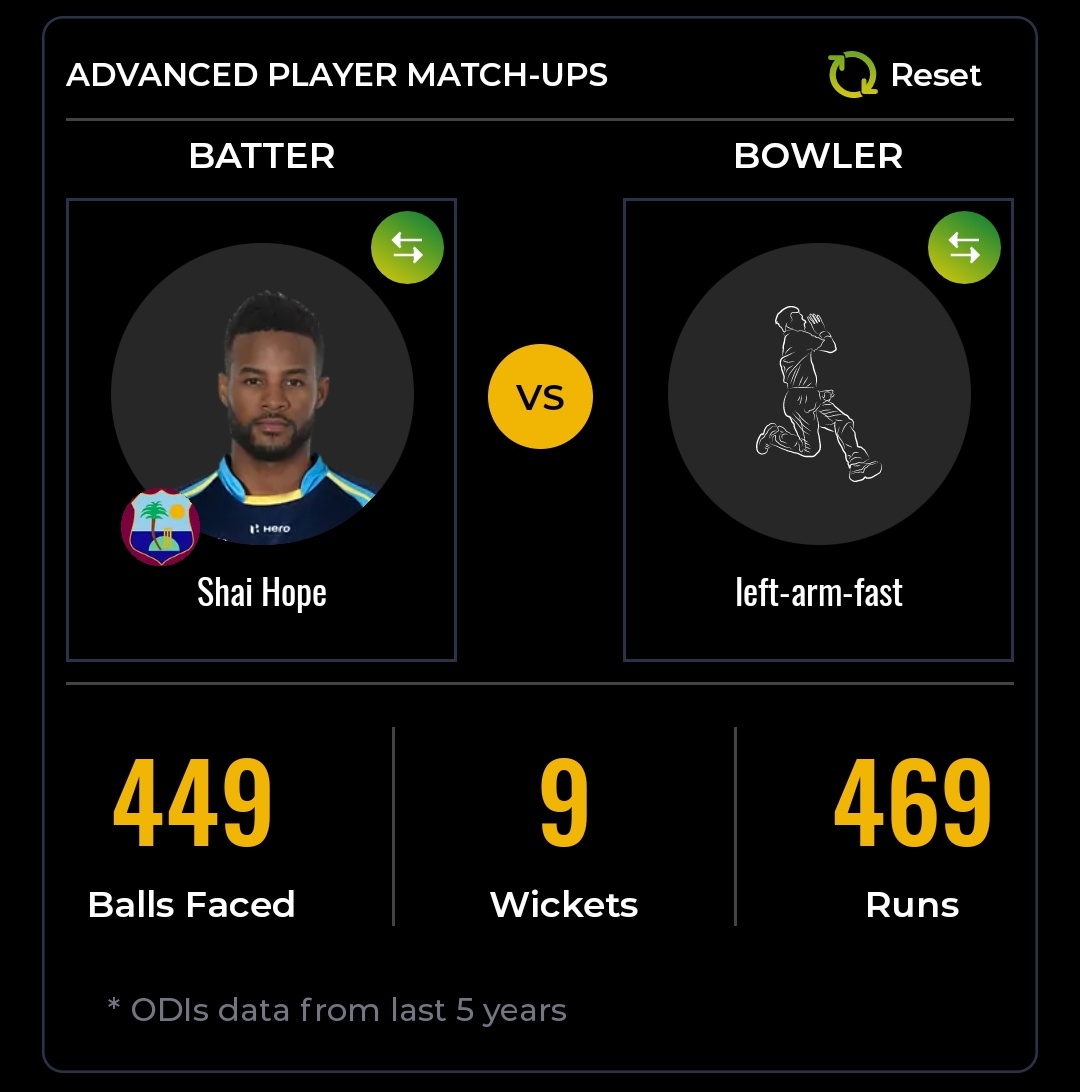 Australia are likely to field with two left-arm pacers - Mitchell Starc and Jason Behrendorff - and Shai Hope has an excellent record against that bowling type over the last five years. He averages 52.1 against them in this time frame alongside a strike-rate of 104.5. You can check out more in-depth projections and key match-ups for this match here.