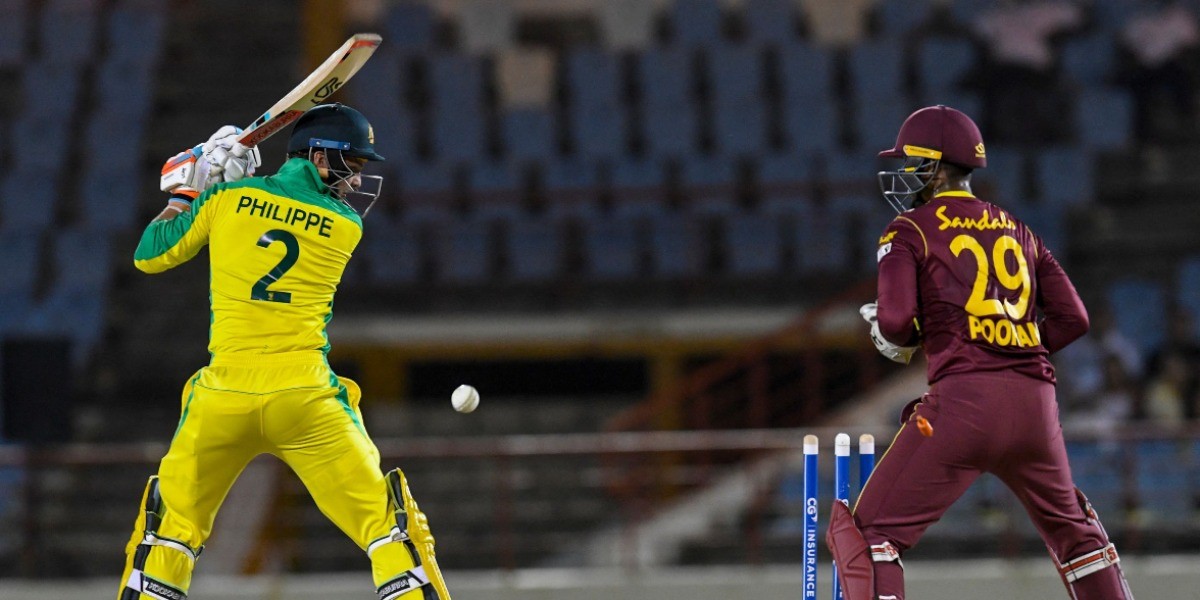 Australia are going through a horror start to their tour of West Indies. Not only they are on the verge of conceding the five-match T20I series, it is the manner of their defeat in the first two matches that is worrisome. West Indies have exposed the chinks in Australia’s armour, questioning their preparations for the T20 World Cup.

Meanwhile, Australia never go down out without putting a fight. One would hope they will keep the series alive with a win in the third T20I. While they need to figure out how to turn the tables on their opponents, we try to determine the perfect XI from the fantasy scheme of things.

All the five games are at St.Lucia’s Daren Sammy National Cricket Stadium. However, the third T20I will be played on a new pitch. Australia will hope for a change in fortunes. However, we don’t expect a drastic change in the track and the pitch should slow down as the game progresses, as it has been the case in all T20s this year in the Caribbean.

Scoring runs against spinners in the Caribbean has been tough this year. They have picked nearly 40 percent of the 129 wickets to fall in T20Is in West Indies this year, the highest proportion in any of the Test playing nations. Australia have struggled against spin irrespective of the conditions. They have a shoddy middle order which has consistently faltered against slow bowling. Hence, we recommend a spin-heavy bowling line-up. The batting front should consist of Australia’s top-order alongside the in-from West Indies’ batsmen. 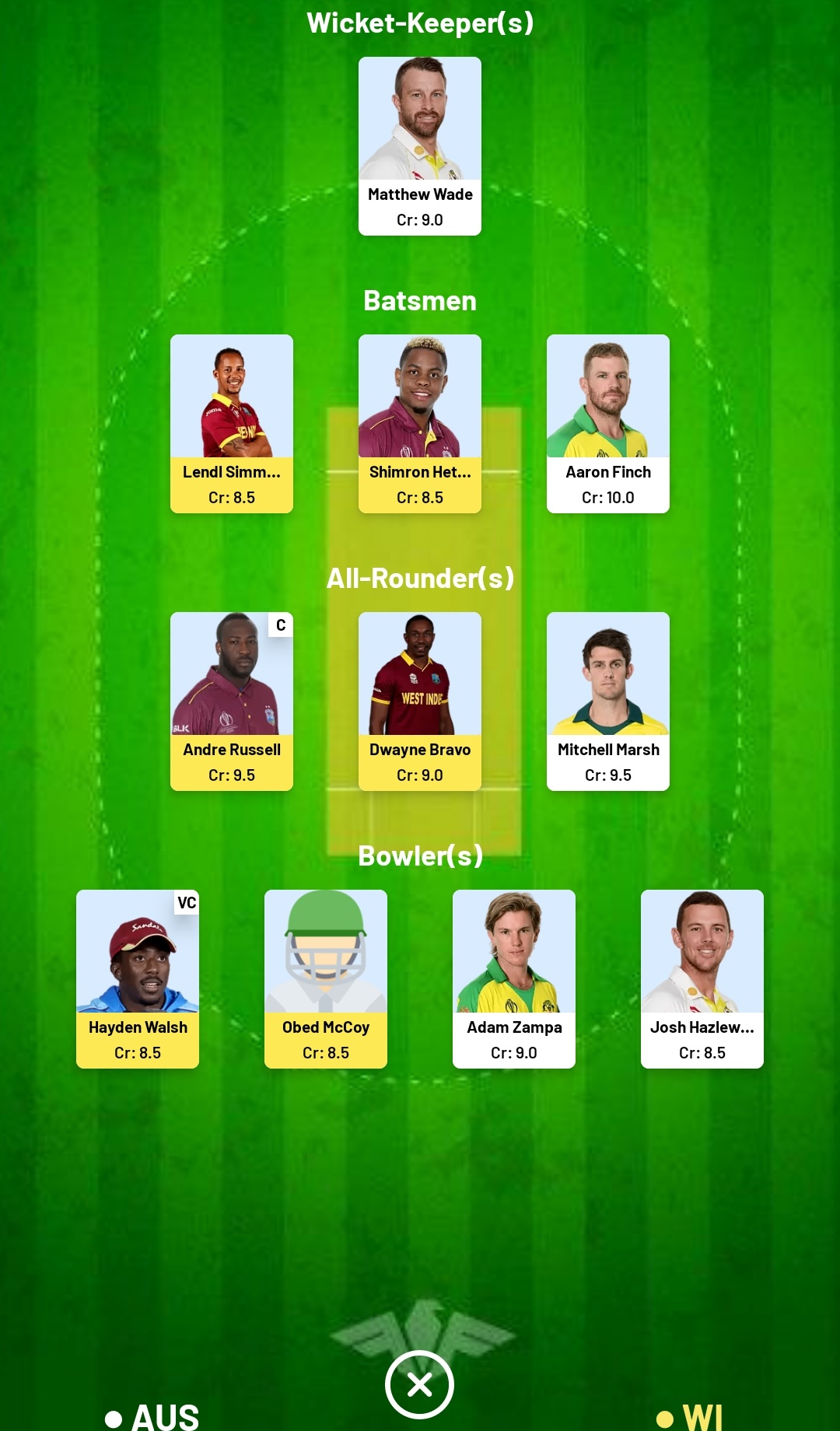 If you think this is the best Andre Russell has batted in T20 cricket for a while, we agree with you. The Jamaican all-rounder has laid impact with the bat in both games, following a crucial 51 in the first T20I with a brilliant cameo of 24 off eight balls in the second. Russell is quite fruitful with the ball as well. He has bowled in each of West Indies’ seven T20Is this season and has picked seven wickets. His all-round expertise make him a must in your XI and an excellent captaincy option.

Prior to the series, the match-ups underlined Hayden Walsh Jr. as the perfect counter to Australian batsmen and West Indies have used the leg-spinner to their advantage. In T20Is since 2020, Australia have lost a wicket to a leg-spinner every 10.8 deliveries. Walsh Jr. has bagged six wickets in this series at an average of 8.7, taking a wicket eight balls. This is a brilliant record and we expect him to keep building on it.

A great run of form in T20 cricket has seen Mitchell Marsh take the number three spot in this series. He came into the series averaging 30.3 in T20s since 2020 in a large sample size of 34 innings and has repaid the trust by scoring consecutive fifties. He has also picked three wickets in these two games bowling most overs amongst the three all-rounders. He won’t be a bad choice to be the captain or the vice-captain of your XI.

Due to the absence of a number of star players, Matthew Wade finally has a chance to bat at the position he thrives at which is opening the innings. He averages a healthy 36.6 as an opener in T20s since 2020 while scoring at 168.1. Scoring an eye-catching 33 in the first T20I, Wade has appeared to be one of the few Australian batsmen in form in this series.