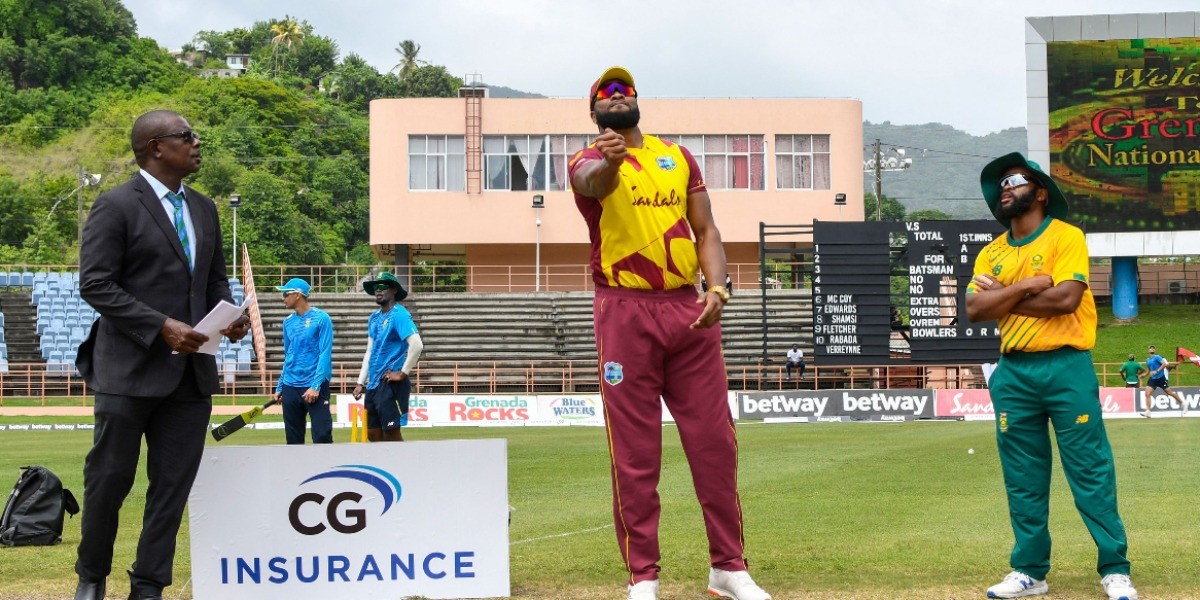 After a hammering in the first T20I, South Africa made a roaring comeback in the second with a 16-run victory. The series is nicely poised with both teams winning a game each and it is anybody's guess which way the third T20I will go. The format of T20 is the most unpredictable one, even from the fantasy point of view. Here, we try to get you covered with the most efficient XI.

The National Cricket Stadium in Grenada has only hosted three T20Is so far, with 1049 runs being scored across six innings. Pacers have accounted for 63.9 % of wickets while spinners have 36.1 % of wickets to their name. A ratio of 2.2 wickets per innings here is the second highest amongst all T20I venues in the Caribbean since 2019. The second T20I showed a lot of help for the spinners. South Africa, in fact, came storming back in the game with George Linde and Tabraiz Shamsi choking the home batsmen during the middle-overs.

A total of 18 wickets have fallen during the death overs in five innings at an economy of 9.1 runs per over. Again, going through the all Caribbean venues since 2019, this does not turn out as an easy ground to score towards the back end of the innings. 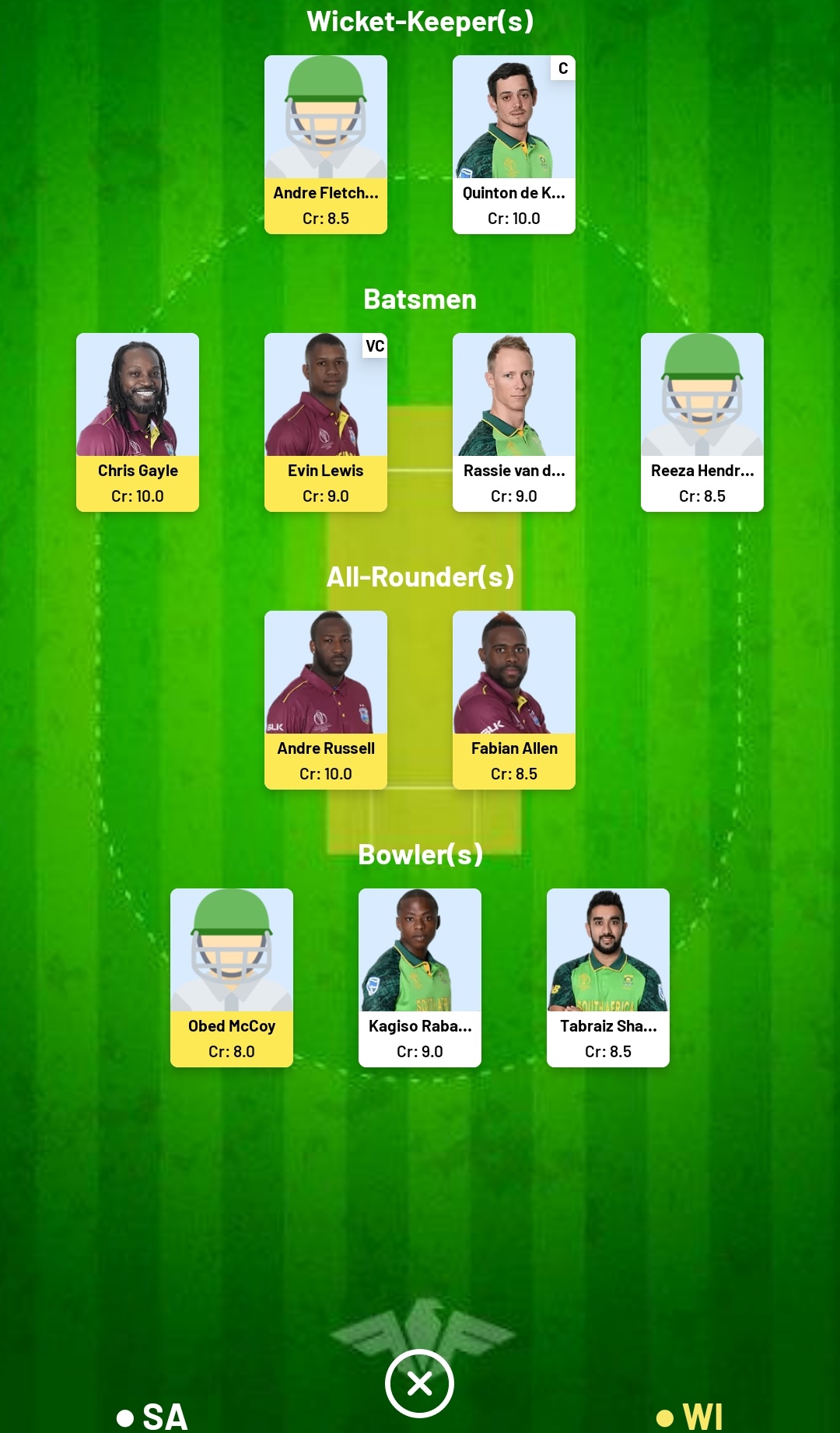 Given his fearless striking and pristine glovework, it is tough to look past Quinton de Kock as captain. Scores of 26 and 37 are only a hint of his skills. The key takeaway from those innings is that he has looked in good touch and a big score seems around the corner.

You saw what Evin Lewis did in the opening night’s encounter? He plundered 71 off 35 balls which set the tone for West Indies’ run chase. In the second T20I, he scored 21 off 16 but looked in rhythm all along his innings. With a strike-rate of 174.6 in T20Is since 2020, he would be confident to take on the South African bowlers upfront.

Rassie van der Dussen is not the most attractive T20 batsman out there but he scores runs. In fact, he has been the highest run-scorer in T20Is for South Africa since 2020. He averages 54, again the highest for South Africa. The strike-rate is as good as 142.6. Rassie did not click in the second T20I but that was a rare failure. He must be eager to get back amongst runs and fetch you crucial fantasy points.

Fabian Allen bagged two wickets in the first T20I. In the second, he smashed 34 off 12 balls, including five sixes. The pattern is obvious here. Be it with the bat or the ball, he finds a way to make his impact and that is what makes him an X-Factor, not only from the fantasy scheme of things but also on the park for his side. The slowness in the track further tempts us to pick him in our suggested XI.