What Kohli’s dismissal tells us about DRS 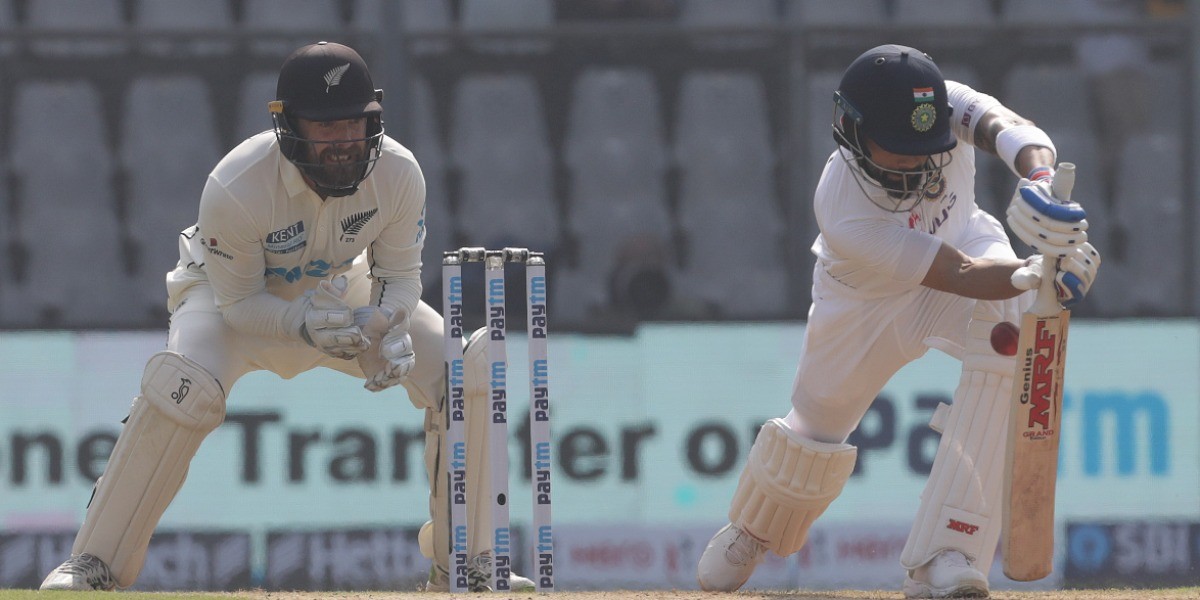 What Kohli’s dismissal tells us about DRS

There are instances in sport which are examined more than the game itself. Cricket, influenced by its complexities, probably offers them more than any other sport. Such a moment occurred when Virat Kohli was given out for a duck on Day 1 of the Mumbai Test against New Zealand.

Facing only the fourth ball of the innings, Kohli was hit on his front pad trying to defend a delivery from Ajaz Patel. While he played for the turn, the ball went straight after pitching. There was no doubt that Kohli was hit in line. But did he edge it? It was a close call but the on-field umpire, Anil Chaudhary was pretty quick to nod his head in acknowledgment of the appeal and raise his finger. Kohli did not take long in sending the decision upstairs which spoke of his confidence that he had hit it.

The first replay showed a clear thick edge, deviating the ball towards the front pad. The side-on angle, however, created the doubt that the ball was in close proximity with the pad simultaneously. At this instant, even with multiple replays, it was impossible to deduce what came first.

On the front angle, the ball was fitting in perfectly between the bat and pad at the moment the UltraEdge showed a spike. But there was no deviation off the pad to the bat. And the deviation from the inside edge to the pad was plenty. 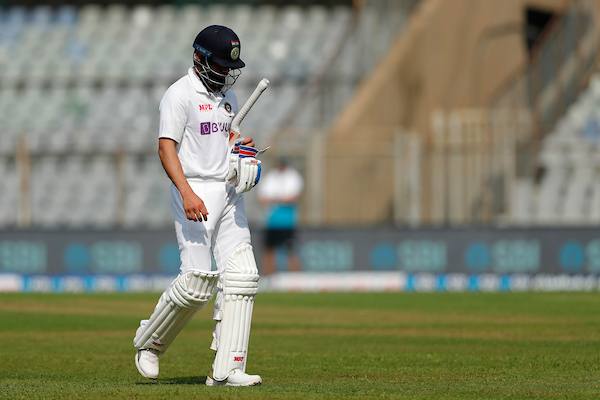 It split the cricketing fraternity into three categories: One, who felt it was bat first. Second, who thought there was pad first, before the ball hit the bat and was squeezed into the front pad again. Third, who felt it was a brave decision by the third umpire, Virender Sharma, who stuck by the rule book, here, the on-field decision due to the lack of a conclusive evidence.

Remember the days when the benefit of doubt went to the batters. Now it exists in various forms with something for everyone. Fielders get the benefit on boundary check. Bowlers get it on the close no-ball calls. Similarly, we have the umpire’s call where the 50-50 scenarios are settled based on the on-field umpire’s decision in the first place.

Here, the umpire’s call and the benefit of doubt to the batter stood in contradiction to each other. The former won according to the DRS protocols. A bemused Kohli looked at the giant screen waiting for his fate to be sealed in the form of three reds on the Ball Tracker. He faced the downside of the doubt.

Going by the rule book, you cannot blame Sharma. We heard him communicating to the on-field umpire confirming the lack of a conclusive evidence. Also, you cannot blame Chaudhary for his on-field decision either. If multiple replays cannot establish the first contact then naked eyes stand no chance.

But one can question if Chaudhary spotted any bat at all. If he had, it was too close to adjudge out and umpires refrain from such situations, granting the benefit of doubt to the batsman. In this case, the whole mess could have been avoided. But such things happen. The avoidance could have also come from Kohli had he curbed his natural instinct of planting his front foot down, which inevitably set him up against Patel’s arm balls. But that is also part of the game.

There is another argument stating if the ball appears to hit the bat and pad at about the same time, the bat takes the precedence. This closes the whole discussion in case of Kohli.

But learning from the clutter, it opens the can of worms around the Decision Review System. The need for a conclusive evidence is fine but sometimes, the replays suggest against the on-field decision without providing anything definite. In such circumstances, the TV umpire should be allowed to communicate that. Implying that in Kohli’s case here, Sharma could have told Chaudhary, “I don’t have enough conclusive evidence required to overturn your decision but it looks more not out than out.” The two could then discuss the new findings to reach a suitable conclusion. 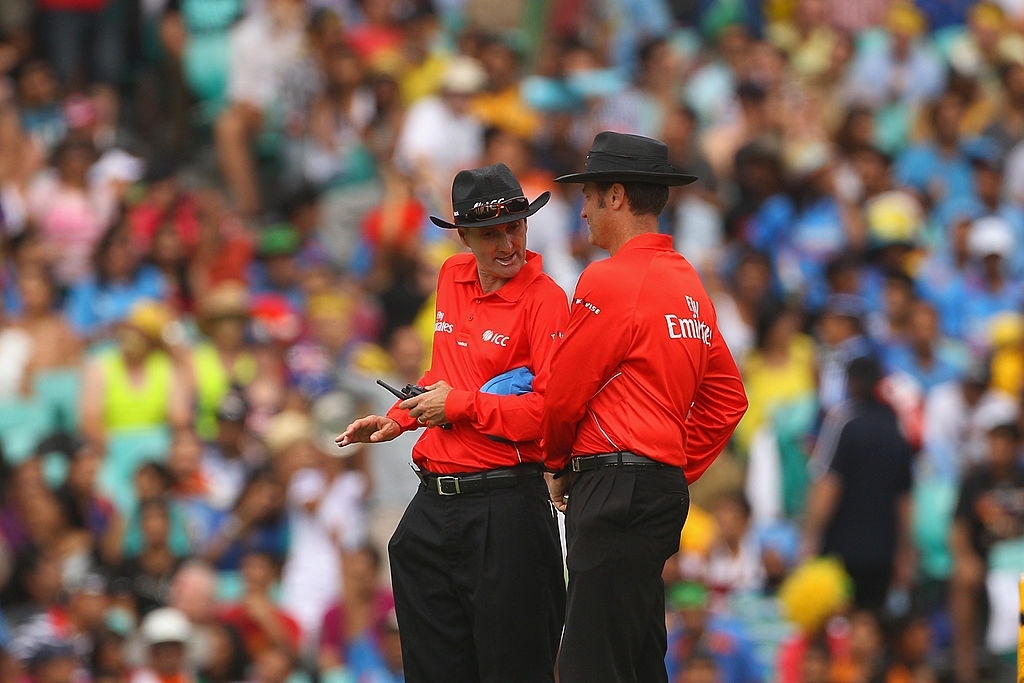 If the two on-field umpires can indulge in a discussion regarding doubtful calls, then what is wrong with the TV umpire initiating one too. This permits logic to prevail, building a balance between technology and human intel.

We need to realize that not every decision can be correct. We can only eliminate howlers to the maximum degree possible. The current DRS system has done well to achieve that. But there still lies the scope for these situations to flourish, especially where technology won’t be sufficient. The Hotspot cannot be used in every country because of the cost factor attached to it. The legitimacy of catches close to the ground require high-end equipment placed at the right angle which could be unique for every catch.

Therefore, the replays are important but their interpretation shouldn’t be rigid. You need to be flexible, working out a balance between technology and human intelligence.

Last but not the least, teams should not lose their review in any case of inconclusive evidence. Currently, the provision is restricted to the umpire's call on LBW appeals.