When Bangladesh secured one of their most memorable ODI wins 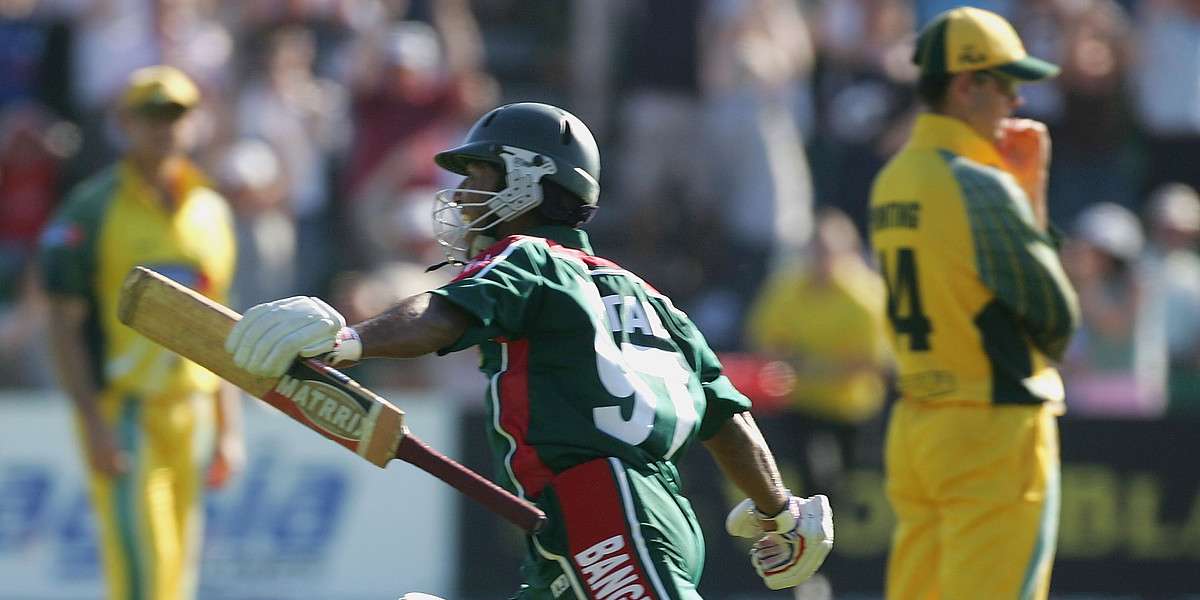 When Bangladesh secured one of their most memorable ODI wins

On this day in 2005, Bangladesh defeated Australia by five wickets in an unforgettable game of cricket

In cricket, as is the case in any other sport, we often get to see an upset where the supposed underdog gets the better of the favourite. While there have been many such instances in the sport, only a few have been more surprising than the result of the ODI between Bangladesh and Australia at Sophia Gardens, Cardiff in 2005.

For Australia, it was the summer of an Ashes series in England with a T20I match, an ODI tri-series and a three-match ODI series against the hosts preceding the Tests. The T20 match between England and Australia that took place on 13 June 2005 was just the second-ever T20I played, with the former coming out on top by 100 runs.

While Australia were the top-ranked team in the world in Tests and ODIs – having also won the previous two World Cups – their start to the long tour hadn’t gotten off to the best start in the youngest format of the game. They even went on to lose a tour game against Somerset – a team which included international stars Graeme Smith and Sanath Jayasuriya – just three days before the match against Bangladesh. If nothing else, it showed that Ricky Ponting’s side were not invincible.

Bangladesh, on the other hand, came into this match after huge defeats in the two away Tests against England – they had lost both matches by an innings. And in the first match of the tri-series, the hosts had defeated them by 10 wickets. They had also lost all eight international matches – six ODIs and two Tests – that they had previously played against Australia.

Having said that, it’s also important to note that Bangladesh had beaten Zimbabwe in an ODI series earlier in the year and had defeated India in a 50-over match in December 2004.

After electing to bat first, Australia got off to a poor start. Star batsmen Adam Gilchrist and Ponting were on their way back to the pavilion within the sixth over of the innings. Uncharacteristically, their scoring rate was also on the slower side – at the end of the 11th over, they had managed just 28 runs for the loss of two wickets.

The run-rate would gradually improve in the overs that followed, but the Bangladesh bowlers had done a superb job in not allowing the Australian batsmen to race away like they usually did during those days.

Half-centuries from Damien Martyn and Michael Clarke seemed to bring Australia right back in the game, with the duo sharing a fourth-wicket partnership of 108. Later in the innings, Michael Hussey – playing in only his sixth ODI – and Simon Katich played aggressive knocks to guide Australia to a total of 249/5 in their 50 overs. As many as 84 runs were added in the last eight overs.

Tapash Baisya might have been a bit on the expensive side, conceding 69 runs in his 10 overs, but he took three wickets. Mashrafe Mortaza, who’d captain Bangladesh to great heights a decade later, was very impressive as well – picking up one wicket but more importantly conceding just 33 runs in 10 overs. Left-arm spinner Mohammad Rafique also bowled an economical spell.

While Australia didn’t seem to have been at their best with the bat, most viewers would have still envisioned an easy win for them during the innings break. Bangladesh, in reply, also got off to a slow start. When opener Nafees Iqbal was dismissed in the eighth over, only 17 runs had been added.

Just like the Australian innings, the run-rate improved as the innings progressed. But Bangladesh soon found themselves in trouble at 72 for three.

Then came one of the most memorable partnerships in Bangladesh's cricketing history. Mohammad Ashraful and captain Habibul Bashar combined for a 130-run partnership and there was hope after all. Then-20-year-old Ashraful played a sublime innings, notching up just the second ODI century by a Bangladesh batsman.

During a dramatic final few overs, Bashar was first run-out and then Ashraful was caught on the boundary just after he had reached his ton. At that time, many wondered if it was another one of those occasions where the afterthought for Bangladesh would be ‘so near and yet so far’.

When Ashraful was dismissed, 23 runs were still required from 17 deliveries. Aftab Ahmed, just 19 years old then, came into this game on the back of a half-century against England and he played another fine innings here.

With seven runs needed off the last over, Ahmed hit the first delivery of Jason Gillespie’s over for a six which more or less sealed the game for Bangladesh. The following delivery caught the inside edge of the bat and with Gilchrist missing a run-out opportunity, Ahmed and Rafique managed to sprint through for a single and secure a historic win for their team.

It was Bangladesh’s only win in that tri-series, but they have improved heaps and bounds since then. Two years later, in the 2007 World Cup, they reached the Super Eight stage. Currently, they are ranked seventh in the ICC ODI Rankings.

On the other hand, Australia lost their next game against England as well before winning three matches to qualify for the final which ended in a tie. In the three-match ODI series against England that followed, they’d come back from 0-1 down to win 2-1. The 2005 Ashes would be one of the greatest Test series ever played. Australia succumbed to a 2-1 series defeat, with England regaining the Ashes for the first time in 18 years.

Bangladesh haven’t defeated Australia in an ODI since the game at Cardiff, losing 13 matches in the 50-over format against the five-time World Cup winners. However, they did get the better of Australia in a Test in Dhaka in 2017. 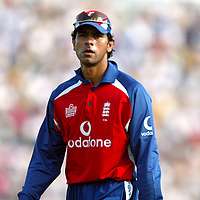